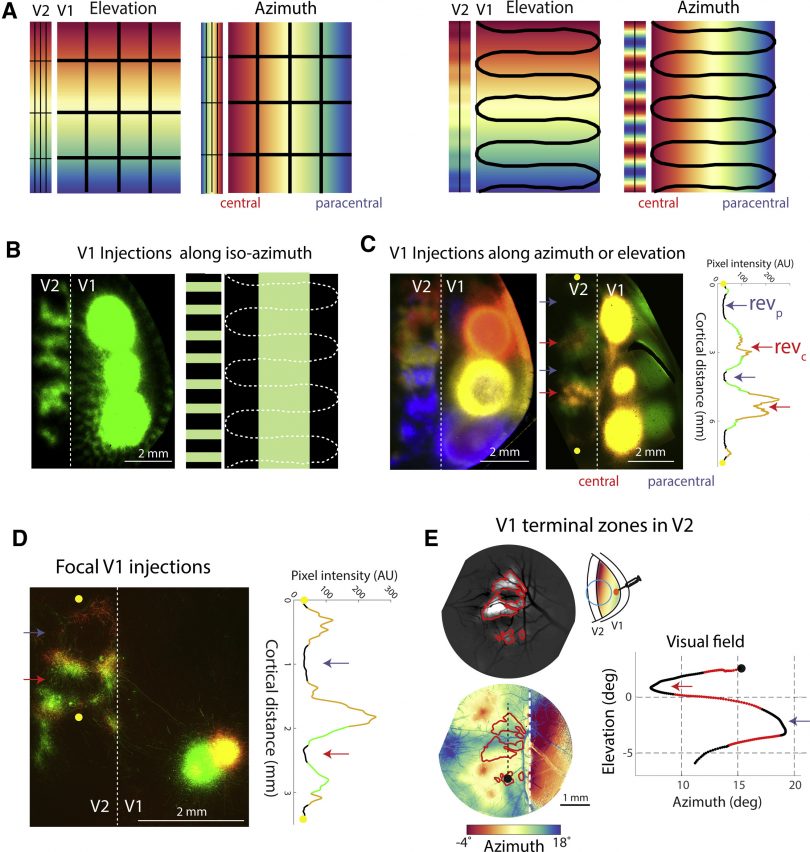 Retinotopic maps of many visual areas are thought to follow the fundamental principles described for the primary visual cortex (V1), where nearby points on the retina map to nearby points on the surface of V1, and orthogonal axes of the retinal surface are represented along orthogonal axes of the cortical surface. Here we demonstrate a striking departure from this mapping in the secondary visual area (V2) of the tree shrew best described as a sinusoidal transformation of the visual field. This sinusoidal topography is ideal for achieving uniform coverage in an elongated area like V2, as predicted by mathematical models designed for wiring minimization, and provides a novel explanation for periodic banded patterns of intra-cortical connections and functional response properties in V2 of tree shrews as well as several other species. Our findings suggest that cortical circuits flexibly implement solutions to sensory surface representation, with dramatic consequences for large-scale cortical organization.