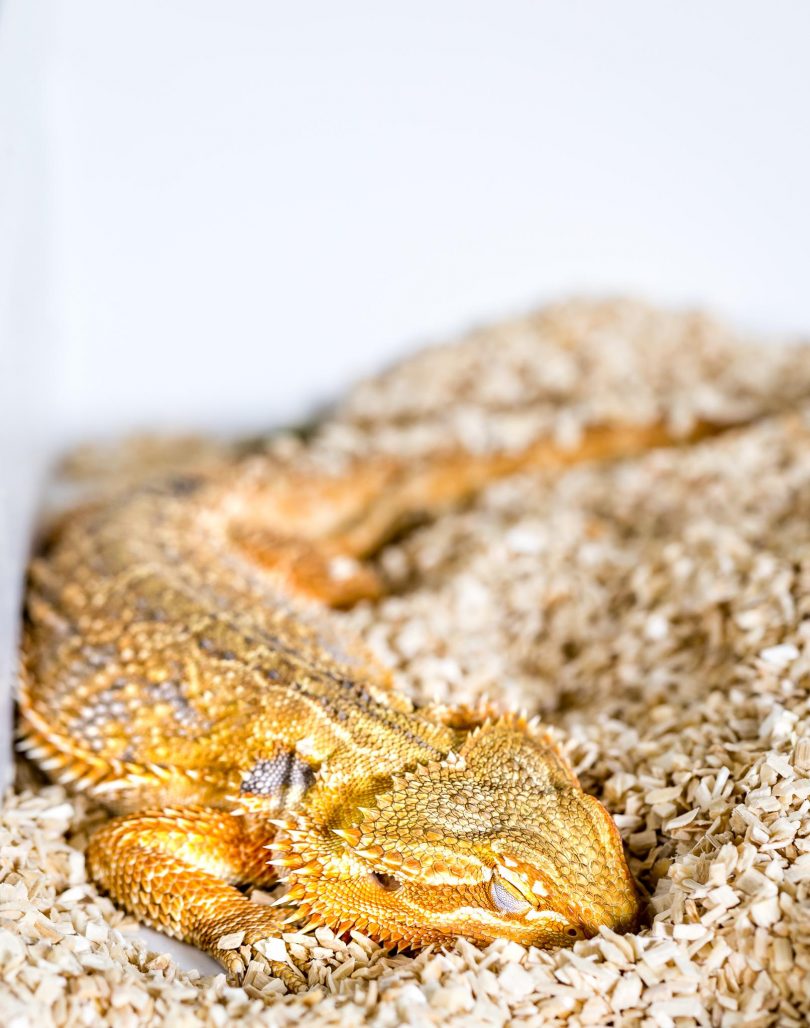 Behavioral sleep is ubiquitous among animals, from insects to man. In humans, sleep is also characterized by brain activity: periods of slow-wave activity are each followed by short phases of Rapid-Eye-Movement sleep (REM sleep). These electrical features of brain sleep, whose functions are not well understood, have so far been described only in mammals and birds, but not in reptiles, amphibians or fish. Yet, birds are reptiles—they are the feathered descendants of the now extinct dinosaurs. How then did brain sleep evolve? Gilles Laurent and members of his laboratory at the Max Planck Institute for Brain Research in Frankfurt, Germany, describe for the first time REM and slow-wave sleep in a reptile, the Australian dragon Pogona vitticeps. This suggests that brain sleep dates back at least to the evolution of the amniotes, that is, to the beginning of the colonization of terrestrial landmass by vertebrate animals. They reported their findings in the upcoming issue of Science. 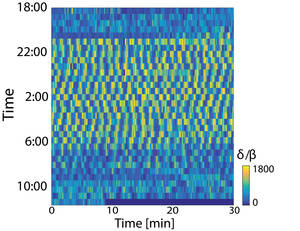 Birds, reptiles and mammals are all amniotes, a clade of tetrapod vertebrates, whose eggs could survive outside water, hence enabling land colonization. Amniotes appeared ~320 million years ago, and quickly bifurcated into a group that led to the mammals (including us humans), and another that led to the reptiles and the birds. Bearded dragons are a type of lizard that branched out of the common reptilian trunk some 250 millions ago, much earlier than the branch that would lead to the dinosaurs and the birds. A phenomenon observed in a lizard, a bird and a mammal would thus most likely have existed in their common ancestor.


Gilles Laurent and his group study the reptilian brain because of its simpler, ancestral design, to understand cortical function, dynamics and computation. In the midst of one of these studies, they observed that brain activity recorded from resting lizards during the night oscillated regularly between two states. The present work derives from this initial observation. They asked: are we seeing REM and slow-wave sleep?

Answering this question requires classifying neuronal activity patterns recorded from the brain, based on a number of statistical, dynamical and anatomical features and correlating them with observable behaviors, such as the presence or absence of rapid eye movements.

In their report, Laurent and his colleagues describe the existence of REM and slow-wave sleep in the Australian dragon, with many common features with mammalian sleep: a phase characterized by low frequency/high amplitude average brain activity and rare and bursty neuronal firing (slow-wave sleep); another characterized by awake-like brain activity and rapid eye movements. Another common feature with mammalian sleep was the coordinated activity of cortex with another area during slow-wave sleep: in dragons this other area is the so-called dorsal ventricular ridge. In mammals it is the hippocampus.

They also report interesting differences: for example, lizard sleep rhythm is extremely regular and fast: the lizard’s sleep cycle is about 80 seconds long at 27oC, vs. 30 minutes in cat or 60-90 minutes in humans. Also, while in lizards slow-wave and REM-sleep have roughly equal durations during each cycle, REM is much shorter then slow-wave sleep in mammals, and both short and irregular in birds. Overall, lizard sleep seems a lot simpler and may thus be closer to the ancestral mode of brain sleep.

How does one know that such evidence points to a common origin, rather than separate but convergent evolution of sleep in reptiles, birds and mammals? “Positing convergent evolution (two or three times in amniote evolution) of a complex phenomenon such as sleep brain dynamics is a lot less plausible than imagining a common origin. Given the early branching out of the reptiles, additional evidence from several of reptilian branches such as turtles, lizards, or crocodiles will only increase the probability that we are looking at a common origin. The evidence, thus far, points to an origin of REM and slow-wave sleep at least as far back as the common ancestor of reptiles, birds and mammals, which lived about 320 million years ago”, explains Laurent. At that time the earth’s continents formed a single landmass.

The scientists will continue to explore brain activity during sleep and awake states, as a means to understand the common and essential features of vertebrate brain function.

A selection of media coverage: Science, AAAS and NY Times.