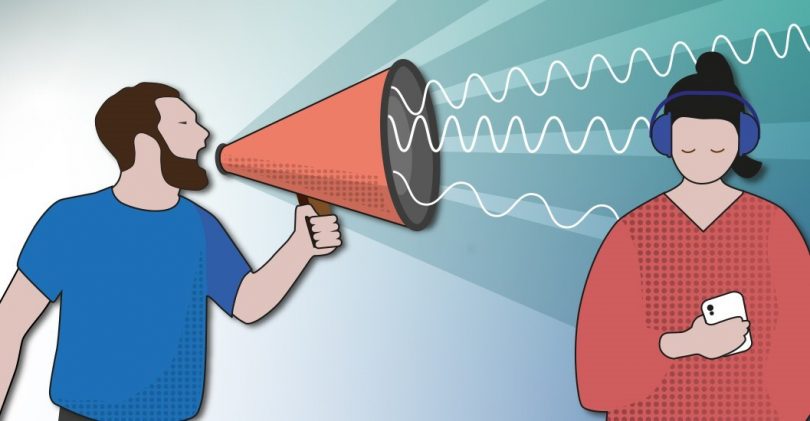 When Marius Schneider starts his PhD at the Ernst Strüngmann Institute for Neuroscience, he would not dare to dream that the results of his first project would be published shortly afterwards in one of the leading journals in his field – and turn an established theory upside down …

A new mathematical theory of coherence and communication

Marius Schneider, Martin Vinck, and their lab colleagues have now turned this approach on its head. In their current article, they developed a new mathematical theory of coherence and communication. They show that coherence simply occurs because individual neurons are active in one area and generate (synaptic) inputs into other areas. As a result, the electric signals in separate areas become coherent in a predictable way. “We developed an elegant mathematical formula (shown above) to prove that coherence is a direct consequence of the anatomical connection between two brain areas and signal power. Coherence is not a prerequisite for communication,” Martin Vinck summarizes.

They also found out that coherence is mainly determined by the sending brain area, not the receiving one, and that coherence provides little information on whether communication is actually taking place. This can be compared to the following scene: A person is walking on the street when somebody calls them from the other side. Maybe the person stops because they heard something. Maybe the person continues walking because they did not understand the language. Maybe there is no reaction at all because a passing truck drowns out the call. In all cases, the call was made, and coherence was created between the sounds on the opposite side of the street. But just because the call was made, does not mean that the message was received or processed. And it does not mean that coherence is the mechanism by which the sound is transmitted.

Inter-areal coherence scales with: the sender oscillation strength (alpha), the connection strength (w), the synchronization of neurons in the sender region (phi), and the number of projecting neurons (N) | © ESI/C. Kernberger

Results in record time thanks to teamwork

To prove their theory, the two neuroscientists applied their equations to a large number of already existing data sets. Their colleagues also collected new data from mice and macaques, using new technologies like Neuropixels probes and optogenetics, a light-driven technique to control the activity of neurons. “This was a real team effort. Without the support and great work of all the people at our lab, we would never have progressed so quickly,” says Martin Vinck, praising the contribution of the members of his research group to this paper. “The whole thing really happened in record time,” adds Marius Schneider, letting his gaze wander through the ESI library. Sure enough, he is referring to the teamwork of his lab mates. But it also goes for him and his first major publication as a PhD student.