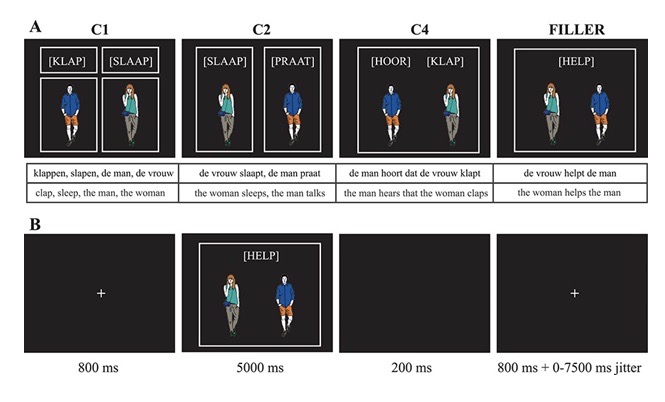 Stimulus presentation. A: Example of the screen that participants would see for each condition (identical in production and comprehension) with the corresponding expected output. The boxes clarified the type of output that was required. B: Screen sequence for each trial. The length of the fixation cross presentation was based on jittering optimized for contrast detection. In comprehension, during picture and verb presentation, a sound recording of the sentence started after 1000 ms.