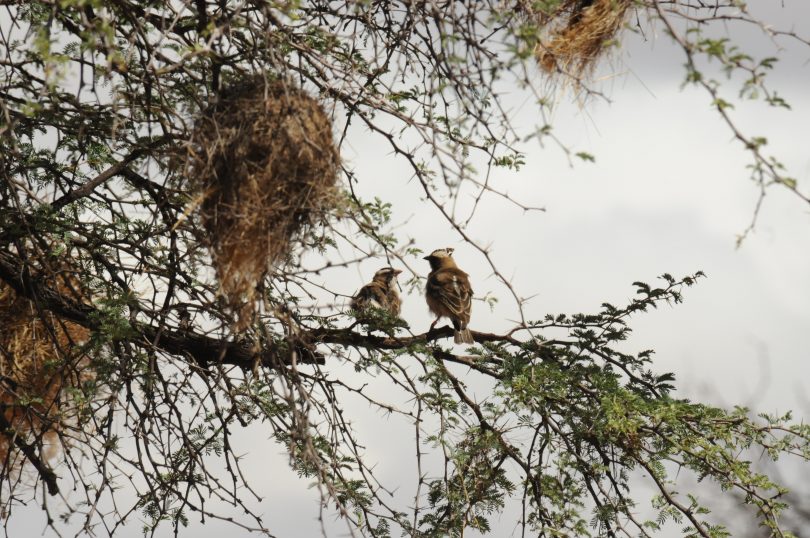 Many organisms coordinate rhythmic motor actions with those of a partner to generate cooperative social behavior such as duet singing. The neural mechanisms that enable rhythmic interindividual coordination of motor actions are unknown. Here we investigate the neural basis of vocal duetting behavior by using an approach that enables simultaneous recordings of individual vocalizations and multiunit vocal premotor activity in songbird pairs ranging freely in their natural habitat. We find that in the duet-initiating bird, the onset of the partner’s contribution to the duet triggers a change in rhythm in the periodic neural discharges that are exclusively locked to the initiating bird’s own vocalizations. The resulting interindividually synchronized neural activity pattern elicits vocalizations that perfectly alternate between partners in the ongoing song. We suggest that rhythmic cooperative behavior requires exact interindividual coordination of premotor neural activity, which might be achieved by the integration of sensory information originating from the interacting partner.