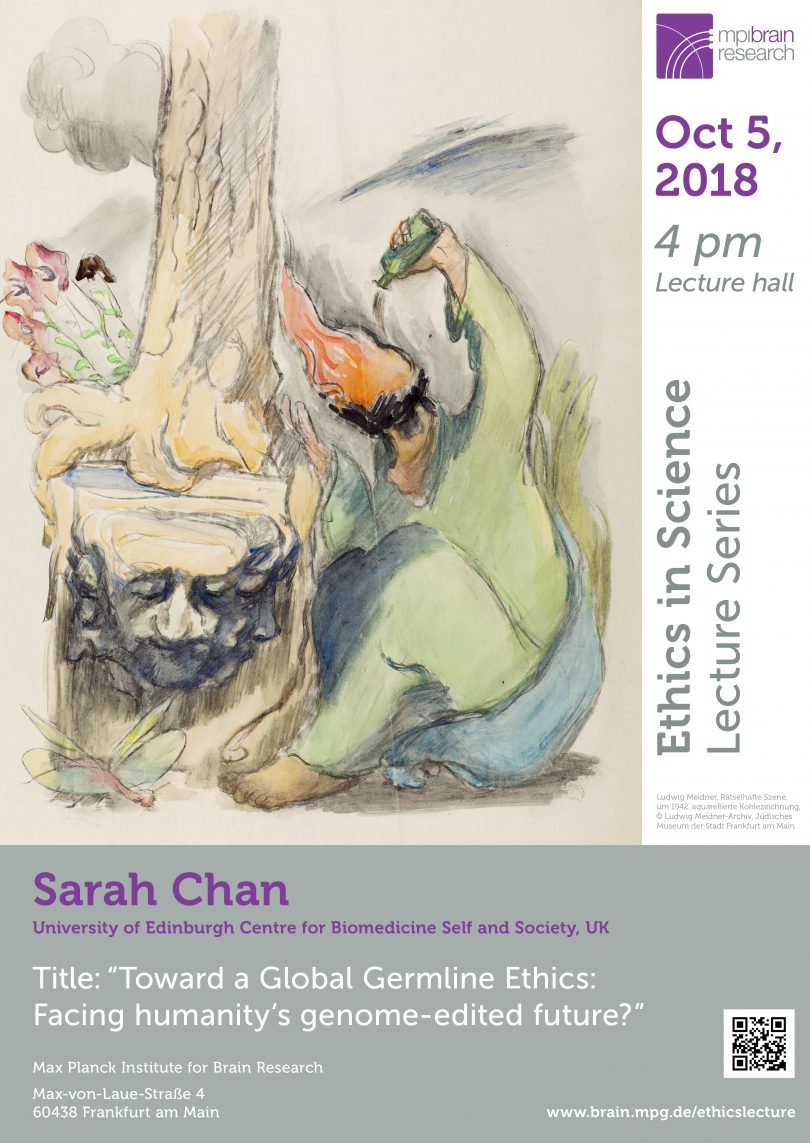 This year’s Ethics in Science Lecturer will be Dr. Sarah Chan (University of Edinburgh Centre for Biomedicine Self and Society, UK). She will discuss the implications of human germline editing in the era of Crispr/CAS. Her talk is titled: “Toward a Global Germline Ethics: Facing humanity’s genome-edited future?”.

The image on the poster is a watercolor by Ludwig Meidner, a “degenerate artist” persecuted during the Nazi Germany. In 1939 he left Germany, a few days before the outbreak of World War II. During his exile in England he felt largely isolated and ignored and was depressed by the lack of recognition as an artist. The watercolor is undated, but was probably created in 1942. At this time, a number of partly humorous, partly grotesque watercolors were created. These scenes, representing a kind of absurd world theater, are partly very cryptic. This work of art originates from the artist’s estate, which the Jewish Museum has acquired in 1994.