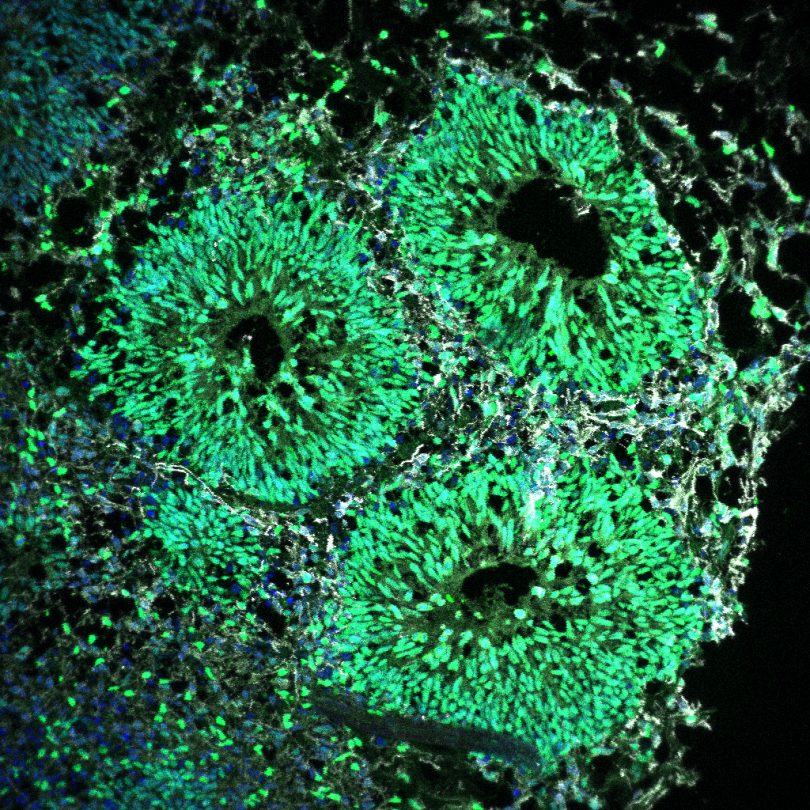 Disruption of neuronal maturation and activation of brain disease-related genes

Scientists at the Max Planck Institute of Psychiatry have shown for the first time that cerebral organoids are a suitable model system to study how stress affects human brain development. In the neurons of the cerebral organoids, simulation of a stressful environment impaired neuronal development and led to activation of genes associated with several mental illnesses like depression. The results of the study were published recently in the American Journal of Psychiatry.

Excessive stress hormone exposure of the fetus during pregnancy – be it via environmental factors such as maternal stress in the context of psychiatric disorders or administration of synthetic stress hormones to accelerate lung maturation – can have effects on the child’s brain development before birth. This can lead to an increased risk of developing mental illness later in life. Scientists led by Elisabeth Binder, director of the Max Planck Institute of Psychiatry, showed in their study that human cerebral organoids are a suitable model system for studying the effects of stress hormones on brain development. In addition to animal models, human cerebral organoids can add further insight into the brain development and molecular stress system of the human fetus.

The scientists treated cerebral organoids with a synthetic stress hormone to simulate negative environmental conditions in the cell culture dish. They found that the stress hormone alters the transcription of neuron specific genes, disrupting neuronal maturation in cerebral organoids. “Cerebral organoids allow us to study the interactions between genes and environmental conditions in a 3D model”, explains Cristiana Cruceanu, first author of the study. “For now, this system has helped us to understand the mechanisms related to this stress exposure. In the future, we can use this model system to search for compounds that counteract the negative effects of a harmful environment.”

The scientists also observed that the activation of the stress system impacts genes associated with mental and behavioral disorders. The molecular stress system thus shifts the natural developmental balance in the brain by regulating genes that are important for neuronal development and that are involved in brain diseases. “Cerebral organoids allow us to study the effects of stress hormones on early brain development and to identify biological pathways that play a role in the development of mental illnesses”, Cruceanu summarizes.

Cerebral organoids are produced from adult cells: Human cells from the skin or blood are reprogrammed to become pluripotent stem cells and are then stimulated to mature into cells – or in this case 3D tissue structures – that play a role in brain development. Cerebral organoids consist of neurons, neuronal progenitor cells, and non-neuronal progenitor cells that support the three-dimensional structure. The molecular stress system described here refers to a stress hormone (either cortisol or the synthetic glucocorticoid dexamethasone), its receptor (the glucocorticoid receptor), and the molecular machinery that leads to the transcription of target genes. Activation of the glucocorticoid system represents an important environmental condition.