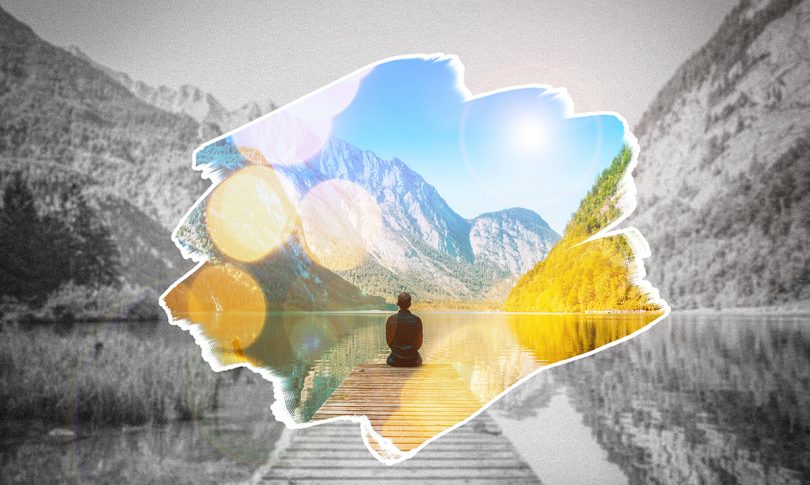 During aesthetically appealing visual experiences, visual content provides a basis for computation of affectively tinged representations of aesthetic value. How this happens in the brain is largely unexplored. Using engaging video clips of natural landscapes, we tested whether cortical regions that respond to perceptual aspects of an environment (e.g., spatial layout, object content and motion) were directly modulated by rated aesthetic appeal. Twenty-four participants watched a series of videos of natural landscapes while being scanned using functional magnetic resonance imaging (fMRI) and reported both continuous ratings of enjoyment (during the videos) and overall aesthetic judgments (after each video). Although landscape videos engaged a greater expanse of high-level visual cortex compared to that observed for images of landscapes, independently localized category-selective visual regions (e.g., scene-selective parahippocampal place area and motion-selective hMT+) were not significantly modulated by aesthetic appeal. Rather, a whole-brain analysis revealed modulations by aesthetic appeal in ventral (collateral sulcus) and lateral (middle occipital sulcus, posterior middle temporal gyrus) clusters that were adjacent to scene and motion selective regions. These findings suggest that aesthetic appeal per se is not represented in well-characterized feature- and category-selective regions of visual cortex. Rather, we propose that the observed activations reflect a local transformation from a feature-based visual representation to a representation of “elemental affect,” computed through information-processing mechanisms that detect deviations from an observer’s expectations. Furthermore, we found modulation by aesthetic appeal in subcortical reward structures but not in regions of the default-mode network (DMN) nor orbitofrontal cortex, and only weak evidence for associated changes in functional connectivity. In contrast to other visual aesthetic domains, aesthetically appealing interactions with natural landscapes may rely more heavily on comparisons between ongoing stimulation and well-formed representations of the natural world, and less on top-down processes for resolving ambiguities or assessing self-relevance.