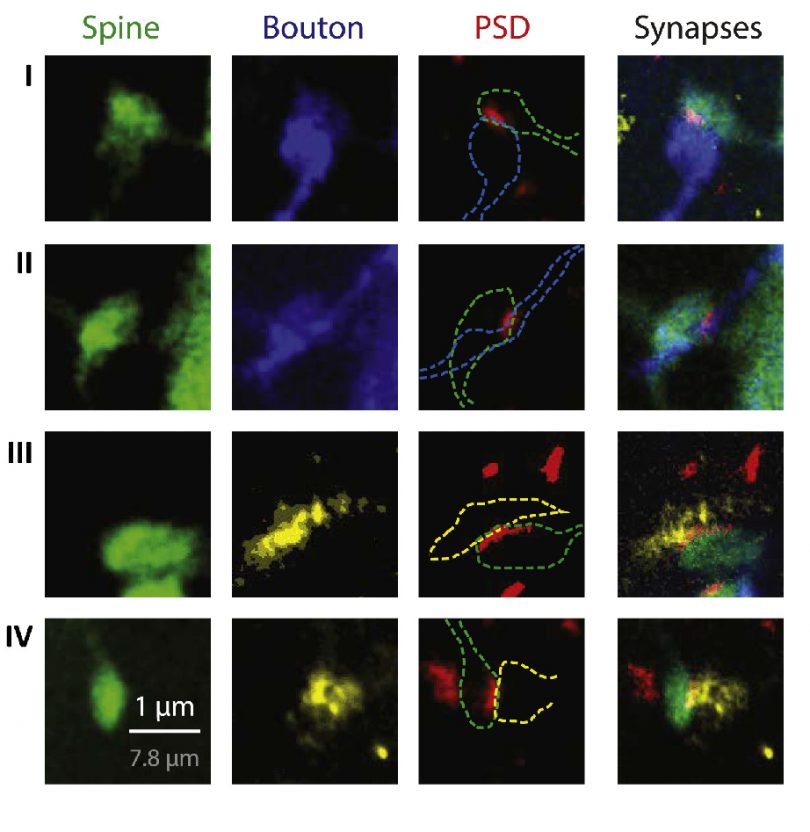 Callosal projections are thought to play a critical role in coordinating neural activity between the cerebral hemispheres in placental mammals, but the rules that govern the arrangement of callosal synapses on the dendrites of their target neurons remain poorly understood. Here we describe a high-throughput method to map the functional organization of callosal connectivity by combining in vivo 3D random-access two-photon calcium imaging of the dendritic spines of single V1 neurons with optogenetic stimulation of the presynaptic neural population in the contralateral hemisphere. We find that callosal-recipient spines are more likely to cluster with non-callosal-recipient spines with similar orientation preference. These observations, based on optogenetic stimulation, were confirmed by direct anatomical visualization of callosal synaptic connections using post hoc expansion microscopy. Our results demonstrate, for the first time, that functional synaptic clustering in a short dendritic segment could play a role in integrating distinct neuronal circuits.