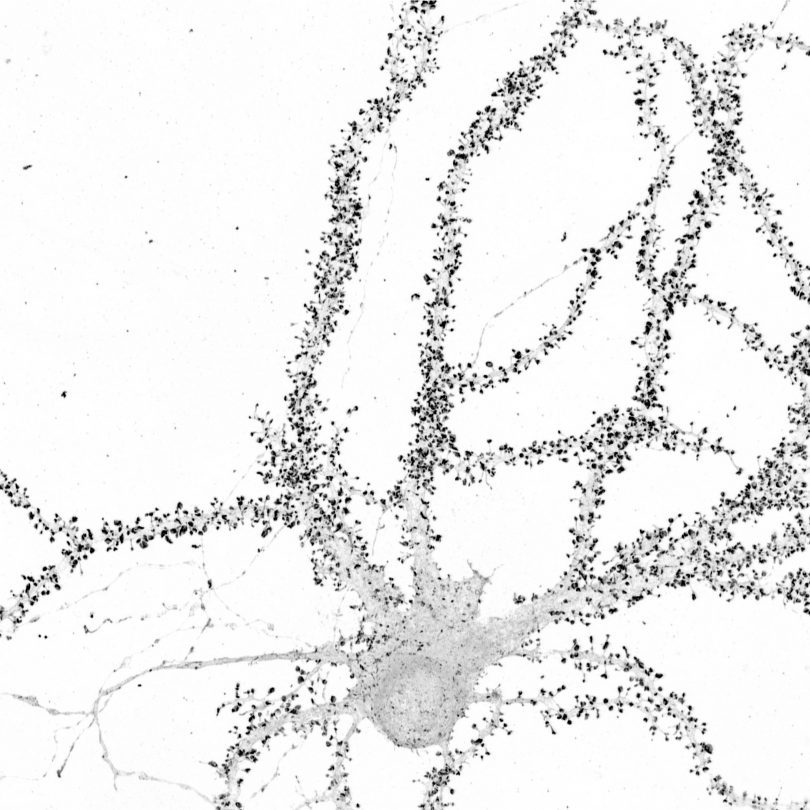 Neurons communicate across vast distances and form remarkably complex and intricate networks. Their processes, called dendrites and axons, range from hundreds of microns to up to 1 meter in length making up to tens of thousands of connections, synapses, with other brain cells. Strengthening or weakening these connections, “synaptic plasticity”, is believed to be an essential component of our ability to learn and remember. An important characteristic of synaptic plasticity is a rapid and dynamic alteration in the proteins present at synapses. With the vast distances these cells span, supplying proteins rapidly to distance sites is a major logistical challenge. Neurons solve this issue, in part, by positioning the blueprints for proteins (mRNAs) within their dendrites and axons- providing the cell with the ability to make proteins on site as needed.

While thousands of mRNAs are localized at distant sites within neurons, little is known about how they get to these distant locations and how they behave during synaptic plasticity. To address this knowledge gap, a team of scientists headed by Erin Schuman, director at the Max Planck Institute for Brain Research and the Heckel lab at the Goethe University (Frankfurt) developed a strategy to label and track neuronal mRNAs in living neurons. Using a specialized “molecular beacon” to bind individual mRNAs and high-resolution microscopy in live neurons, they tracked and assessed how three different mRNAs are transported within dendrites.

“We found remarkably similar movements for individual mRNAs, suggesting a common method for controlling their delivery to distant locations”, says Paul Donlin-Asp, the postdoc who led the work. “Inducing two different forms of synaptic plasticity, one strengthening and the other weakening connections between neurons, resulted in mRNAs moving less and accumulating near synapses- suggesting that synapses were capturing mRNAs to make new proteins”, Donlin-Asp further explains.

“These findings suggest that during synaptic plasticity mRNAs may first be “captured” for later production into protein”, says Schuman.

This study was supported by the Peter und Traudl Engelhorn Stiftung, the Humboldt Stiftung, the Max Planck Society, the European Research Council, and the Deutsche Forschungsgemeinschaft.