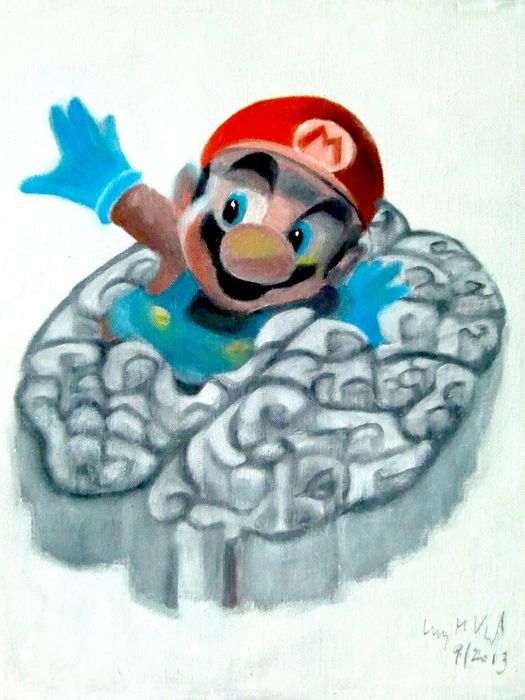 Brain regions can be specifically trained

Video gaming causes increases in the brain regions responsible for spatial orientation, memory formation and strategic planning as well as fine motor skills. This has been shown in a new study conducted at the Max Planck Institute for Human Development and Charité University Medicine St. Hedwig-Krankenhaus. The positive effects of video gaming may also prove relevant in therapeutic interventions targeting psychiatric disorders.

In order to investigate how video games affect the brain, scientists in Berlin have asked adults to play the video game “Super Mario 64” over a period of two months for 30 minutes a day. A control group did not play video games. Brain volume was quantified using magnetic resonance imaging (MRI). In comparison to the control group the video gaming group showed increases of grey matter, in which the cell bodies of the nerve cells of the brain are situated. These plasticity effects were observed in the right hippocampus, right prefrontal cortex and the cerebellum. These brain regions are involved in functions such as spatial navigation, memory formation, strategic planning and fine motor skills of the hands. Most interestingly, these changes were more pronounced the more desire the participants reported to play the video game.

“While previous studies have shown differences in brain structure of video gamers, the present study can demonstrate the direct causal link between video gaming and a volumetric brain increase. This proves that specific brain regions can be trained by means of video games”, says study leader Simone Kühn, senior scientist at the Center for Lifespan Psychology at the Max Planck Institute for Human Development. Therefore Simone Kühn and her colleagues assume that video games could be therapeutically useful for patients with mental disorders in which brain regions are altered or reduced in size, e.g. schizophrenia, post-traumatic stress disorder or neurodegenerative diseases such as Alzheimer’s dementia.

“Many patients will accept video games more readily than other medical interventions”, adds the psychiatrist Jürgen Gallinat, co-author of the study at Charité University Medicine St. Hedwig-Krankenhaus. Further studies to investigate the effects of video gaming in patients with mental health issues are planned. A study on the effects of video gaming in the treatment of post-traumatic stress disorder is currently ongoing.