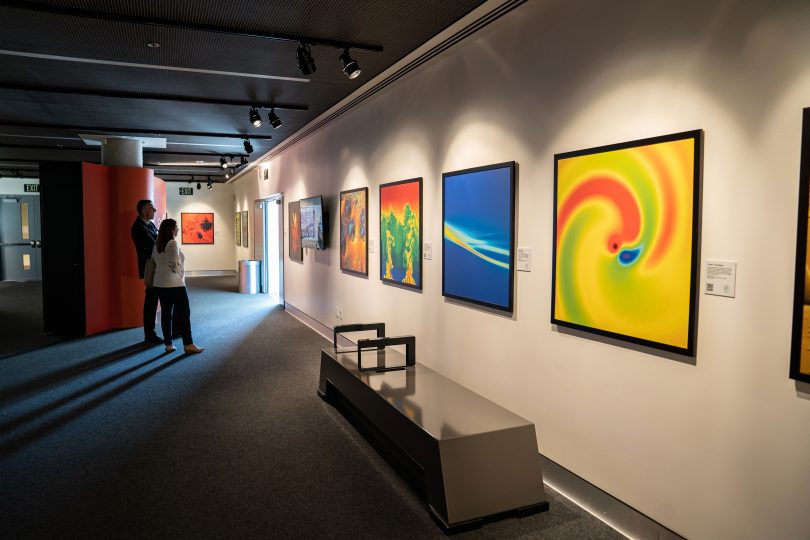 The Max Planck Florida Institute for Neuroscience and the Phillip and Patricia Frost Museum of Science in Downtown Miami’s Museum Park are proud to present the Images of Science Exhibit. The exhibit features over 30 striking images captured during the course of scientific research and will be on view from Saturday, December 15, 2018 through Sunday, June 16, 2019 in the museum’s Feathers to the Stars exhibition in The Batchelor Foundation Gallery (Level 3, North Wing). Admission to Images of Science at the Phillip and Patricia Frost Museum of Science is included in all museum admission tickets.

Science often strives to push the boundaries of the known world to explore new topics and make the invisible visible. In addition to a purely scientific documentation of research objects, sometimes images are created that feature surprising aesthetic forms and structures — abstract works of art from a world normally hidden to the human eye.

Each year, scientists from the more than 80 research institutes of the Max Planck Society enter images showcasing their work from the most various research fields in an annual photography competition. The winning pictures form the basis of a traveling exhibit that provides a fascinating glimpse into the world of science. Images in the exhibition cover myriad areas of scientific research, from tiny neurons within the brain, to insights into the structures of the early universe and many more areas of earth science, biology, and even architecture. What unites the exhibition is the rare opportunity for the visitor to experience exquisite details normally only viewable by scientists with cutting-edge imaging equipment. Images of Science is an unprecedented look at the smallest details that form the base of beauty and knowledge in our world. The exhibition has been shown with great success in a variety of locations, such as the Deutsches Museum in Munich, Ars Electronica in Linz, National Library of Russia in St. Petersburg and the German Science Centre in Cairo.

Max Planck Images of Science at the Phillip and Patricia Frost Museum is a collaboration between the Max Planck Gesellschaft, the Phillip and Patricia Frost Museum of Science, and the Max Planck Florida Institute for Neuroscience. Underwriting is generously provided through a comprehensive and collaborative initiative funded by the German Federal Foreign Office, implemented by the Goethe-Institut, and supported by the Federation of German Industries (BDI).

About the Patricia and Phillip Frost Museum of Science (Frost Science)
Located in Downtown Miami’s Museum Park, the Phillip and Patricia Frost Museum of Science is a leading science museum dedicated to sharing the power of science, sparking wonder and investigation, and fueling innovation for the future. Sitting on four acres, the 250,000-square-foot museum is divided into four buildings: the Frost Planetarium, Aquarium, and the North and West Wings. At Frost Science, visitors can explore the world of science, technology, engineering and math (STEM) in an experiential setting with interactive exhibitions and unique shows. Frost Science is supported by the Miami-Dade County Department of Cultural Affairs and the Cultural Affairs Council, the Miami-Dade County Mayor and Board of County Commissioners of Miami-Dade County. This project is supported by the Building Better Communities Bond Program and the City of Miami. It is sponsored, in part, by the State of Florida, Department of State, Division of Cultural Affairs and the Florida Council on Arts and Culture. The museum is accredited by the American Alliance of Museums, is an affiliate of the Smithsonian Institution and a member of the Association of Science and Technology Centers. Learn more at frostscience.org. Follow Frost Science on Facebook, Instagram and Twitter @frostscience.