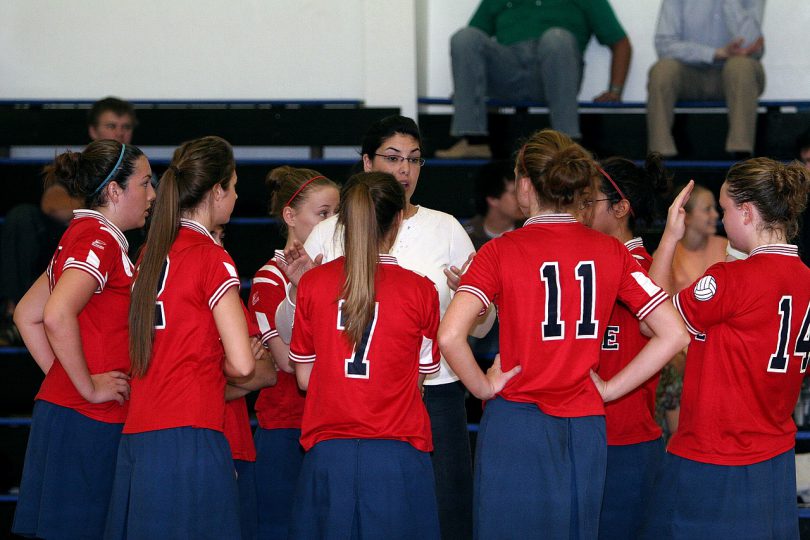 Great leaders are often good communicators. In the process of communication, the relationship between leaders and their followers develops spontaneously according to new research from the Max Planck Institute for Human Cognitive and Brain Sciences in Leipzig and the State Key Laboratory of Cognitive Neuroscience and Learning and IDG/McGovern Institute for Brain Research in Beijing. When a member becomes the group leader, the leader’s brain activity in the left temporo-parietal junction, known as representing others’ mental states, begins to synchronize with that in the same area of their followers. Based on interpersonal neural synchronization, the researchers were even able to predict who would emerge as leader of a group, and when. The findings also suggest that interpersonal neural synchronization is more likely due to the communication skills of the leader and less likely due to how much they speak. Thus, in a group of peers, the individual who says the right things at the right time usually emerges as the leader.
Few human societies exist without leaders. Even in the smallest of groups, a leader emerges after a short time. Although researchers have suggested that neural synchronization between leaders and followers is important for leader emergence, there is little empirical evidence supporting this perspective.

In their investigation, the Max Planck scientists and researchers from China and the USA, asked groups of three individuals – either exclusively male or exclusively female students – to discuss a challenging moral dilemma for a few minutes. At the same time, they measured the brain activities of all the members using functional near-infrared spectroscopy. In this technique, the near-infrared light is emitted through the skull into the brain tissues. More active brain areas concentrate more oxygenated hemoglobin and absorb more near-infrared light. The changes in the oxygenated hemoglobin concentration reflected by the absorption of near-infrared light were used to identify the brain areas. After the discussion, the group members and external judges, who evaluated the recorded discussions, selected a participant as group leader, respectively. In most cases, the person who was elected as the group leaders was the same as the individual chosen by the additional judges.

The results showed that the brains of the group members subconsciously made a decision even before the end of the discussion. During the discussion, the left temporo-parietal junction in the brains of the group members began to become active in unison with that of the leader. As the scientists only recorded the activity from the left temporo-parietal junction, they cannot rule out that the right counterpart may also play an important role in leader emergence.

The temporo-parietal junction, located at the junction between the temporal and parietal lobes of the cerebral cortex, is important for empathy and for understanding other’s mental states. That means it enables an individual to think about the point of view of others and recognize their intentions. Interpersonal neural synchronization between members in this brain region even makes it possible to predict who will emerge as leader of a group and when such a leader will emerge. Therefore, the increased neural synchronization in this brain area can be the characteristic of relationship emergence between leaders and followers.

What’s more, neural synchronization occurs in both directions but it is more pronounced from leader to followers. “When leaders initiated the communication, it means they thought about the others’ view and began to express their suggestion based on what followers said. During this very short time, they synchronized their brain activity with that of their followers. Leaders therefore distinguish themselves by what they say and when they say it,” explains Jing Jiang, doctoral student at the Max Planck Institute for Human Cognitive and Brain Sciences.

Interestingly, language areas in the brain did not synchronise during the experiments. This would have been expected if those who initiated discussions most often and who contributed the most to them became the leaders. These findings also confirm the assumption that the quality, not the quantity, of communication determines who will emerge as leader of a group. “However, verbal communication skills may not be the only factor; other attributes could also play a role, for example personal charisma or assertiveness,” says Jiang.

With their results the scientists take a large step forward in understanding the relationship between group leaders and their colleagues. The extent to which the results can be generalised still needs to be determined. For example, other factors might determine the emergence of a leader if the group is not as homogeneous in composition as in the experiments, i.e. if the group comprises members of different gender, age or social status.