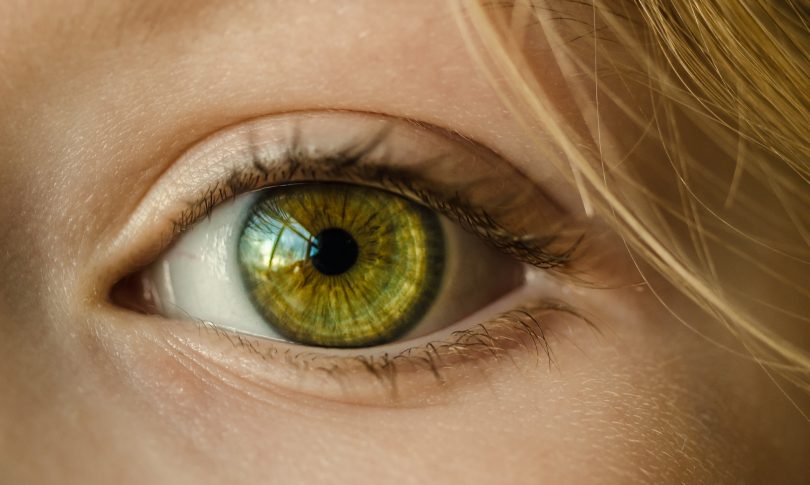 The whole world is affected by the corona pandemic, and like everybody else, the lockdown and social distancing measures also have an influence on the research of Tübingen scientist Li Zhaoping, who leads the department for Sensory and Sensorimotor Systems at the Max Planck Institute for Biological Cybernetics and works as a Professor at the University of Tübingen. Notwithstanding the obvious obstacles, the virus had caused and still causes, she can find silver linings. „The pandemic had its benefits”, Zhaoping says. „It was the first time for a long time that I was able to work for hours undisturbed digging into a specific topic”.

An outcome of that focused work just became visible as Zhaoping recently published a paper with the title “the flip tilt illusion”. There, she describes that in peripheral vision, we can fool our brain so that, for example, a vertical bar appears horizontal to the human visual system. In the paper, Zhaoping illustrated the vertical bar by a pair of dots, one on top of the other. Fooling our brain requires knowing what computational or algorithmic short cuts our brain takes to visually perceive the world. It turns out that one can fool the brain when the two dots have the opposite color, black versus white, but not when they have the same color; and not when the two dots are shown in central vision. Interestingly, artificial neural networks, which recently show “superhuman” performance in visual object recognition, can be fooled similarly, Zhaoping comments.

Unlike most illusions, she did not “stumble” over but rather predicted it, based on a theoretical framework motivated from her works initially started around 20 years ago. Back then, her so-called V1 Saliency Hypothesis (V1SH) caused a lot of controversy among neuroscientists as it totally broke with former theories about how the brain shifts its attentional spotlight from one visual location to another. V1SH says that V1, also called the primary visual cortex, controls the involuntary or reflexive shift of our gaze, centered at the attentional spotlight. This was surprising since V1 is located at the very back of the brain, while the frontal part of the brain is thought of as the “smartest” and thus be predestined for the executive role of directing our attention, which gates perception of the world. However, with more and more evidence for V1SH, an increasing number of neuroscientists are being persuaded and actively testing the hypothesis. Whether V1SH is correct or incorrect dictates what the rest of the visual system in the brain should be doing, and hence what follow-up questions researchers should pursue. The flip tilt illusion is a discovery from such a follow-up question.

To understand these theories, first it is necessary to define what vision actually is. You might say vision is the ability to look, or it describes what someone sees, but it is not so easy. That already starts with the terms looking and seeing. „Vision consists both of looking and seeing, but they are not the same, and they do not occur simultaneously”, Zhaoping says. „A blind person can look, but not see”.

Looking means paying attention. It usually affords the movement of the head and describes the direction someone’s gaze is oriented. Looking thus means to select where in the peripheral visual field to move your eyes and put it within your center of gaze, in order to see. Seeing follows looking, to process visual information in the central visual field. There is no seeing without looking. Peripheral vision covers the whole picture and determines where the central vision should be directed. Zhaoping illustrates this link with an example: „The central vision is like staring through a narrow tube. You can accidentally spot a bird hiding in the trees, but without using peripheral vision you won’t be able to know where to point the tube to find the second bird”, she says. People suffering from Glaucoma often lose peripheral vision, while people suffering from macular degeneration loses their central vision.

Since October 2018, Zhaoping leads the department for Sensory and Sensorimotor Systems at the Max Planck Institute for Biological Cybernetics. So far, her core team includes five researchers, with two more coming soon. The recruiting is not so easy during the corona pandemic, Zhaoping admits. She plans to set up a multi-disciplinary team to address a problem from various angles. To analyze the visual systems and test her theories, her team uses mathematical and computational methods as well as psychological and neural scientific experiments, probing into vision in humans, rodents, and fish.

Since she has a very diverse background – she first studied physics before getting more and more into neuroscience – Zhaoping aims to build a team with a diverse set of expertise including psychology, engineering, computer science, and mathematics.

Besides her leading position at the Max Planck Institute, she works as a professor at the University of Tübingen. „It’s nice to finally be able to share my knowledge and definitely my enthusiasm about science with other researchers”, Zhaoping says. She teaches her lectures to a small class of students, so as to allow deep discussions and intense debates with the students. „The students tell me that they like it this way”, she says.

Before she came to Tübingen about a year and a half ago, Zhaoping was living in metropoles like Shanghai, New York or lately London. First, it was a struggle, she admits. „It was very hard to find a good Chinese restaurant, while in London I just had to cross the street”. However, after a while she realized that living in a smaller town also has its benefits. „Tübingen is very green and you are always close to nature”. That village-like character makes Zhaoping nostalgic of her two pre-school years in the Chinese countryside.

Recently, Zhaoping’s team started working with fish vision. „When it comes to visual attention, most people won’t immediately think of fish. They think that fish just acts and moves around. In fact, fish´s orienting and moving around is a behavioral manifestation of paying attention”, Zhaoping explains. And this perspective, she adds, immediately lends the insights learned from human vision to understanding fish vision.

Another “project” she is working on is improving her German language skills. Li Zhaoping makes no secret that she is not satisfied with her current level. „I’m a bit disappointed of myself. I thought I was able to learn German in a few months”. Nevertheless, she keeps being optimistic, and lately, she says, she starts „feeling and really getting the rhythm of the German language”. The next interview, she says, „I hope to conduct in German!”

Our brain can achieve top mental performances – yet it is easy to fool. Try the “flip tilt illusion”. Fixate the cross and use your peripheral vision. Can you spot the circle?