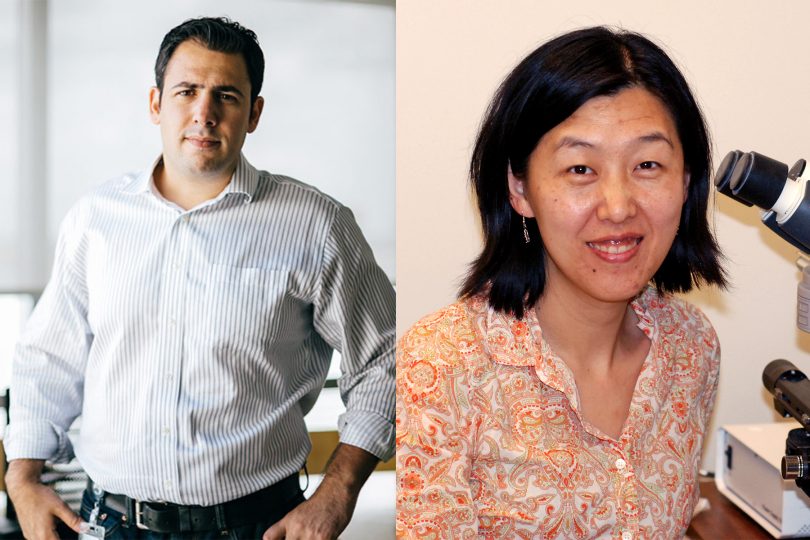 Michael Halassa is an associate investigator at the McGovern Institute for Brain Research at MIT and an assistant professor in the department of brain and cognitive sciences. During his fellowship, he will focus on research that provides new insights into the functional organization of the neural circuits underlying higher cognitive function that will have a significant impact on the field, and may be relevant for understanding conditions such as autism and attention deficit disorder.

Dr. Halassa well known for his pioneering work on the neural circuits that give rise to cognitive processes like attention and executive function. His work focuses on understanding the role of the thalamus in cognition. He is the recipient of numerous awards and prizes, including the 2017 Vilcek Prize for Creative Promise in the Biomedical Sciences and the 2015 Daniel X. Freedman Prize for Exception Research in Basic Brain & Behavioral Science. He was also awarded the 2017 Takeda/New York Academy of Science Innovator Award, was recognized as the 2017 NYU Langone Medical Center Next Generation Star and was named the 2015 Allen Institute Next Generation Leader.

Dr. Yi Zuo is a professor in the Department of Molecular, Cell and Developmental Biology at the University of California, Santa Cruz. She will work with MPFI researchers to develop and apply microscopy techniques to study how synaptic plasticity and brain circuits are affected in mouse models of mental illnesses and stress. The projects addressed through this fellowship are expected to provide new insights into the molecular and cellular mechanisms underlying synaptic reorganization during learning and in neuropsychiatric disorders.

Dr. Zuo is a distinguished neuroscientist and one of the pioneers of chronic imaging of synapses in live animals. She is internationally recognized for her work on synaptic remodeling in development and learning. Over the past three years, Dr. Zuo has worked closely with Max Planck Florida Institute for Neuroscience in developing and organizing the advanced course “Neuro-Imaging Techniques” together with Dr. Yasuda. In addition to teaching the course, Dr. Zuo has initiated a collaboration with Dr. Fitzpatrick and Dr. Yasuda to develop new technologies for correlative light- and electron microscopy (CLEM). Dr. Zuo is the recipient of numerous awards and prizes, including the 2007 award from the Ellison Medical Foundation and the American Federation for Aging Research (AFAR). She was also a 2015 National Award finalist for the Blavatnik Awards for Young Scientists.