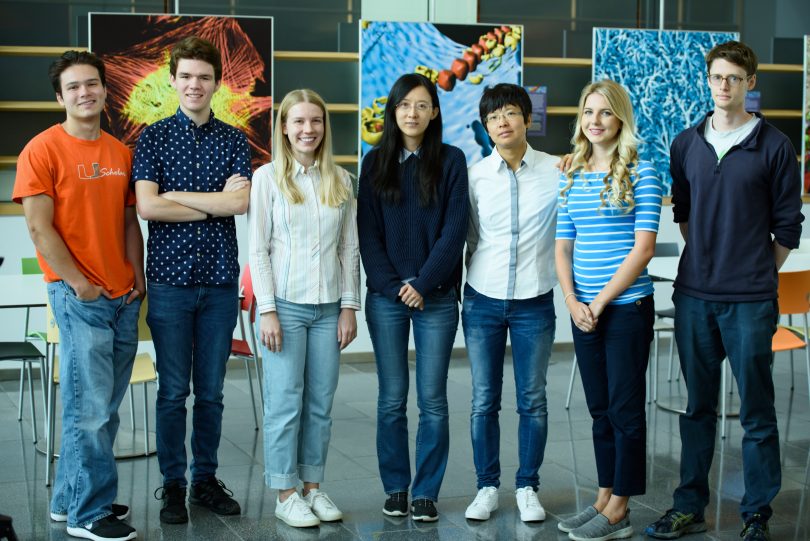 The National Institute of Neurological Disorders and Stroke of the NIH has awarded Max Planck Florida’s Wang Lab an R01 grant in the amount of $2.4 million over 5 years. This funding will support the lab’s ongoing research to better understand how neural circuits within the hippocampus form episodic memories, and how these circuits are altered in conditions such as Alzheimer’s Disease and dementia where episodic memory is impaired.

Episodic memory is a unique type of memory that enables us to mentally travel back in time to re-experience specific episodes that have occurred in our lives. During memory encoding, continuous experience is encoded into episodes each containing a sequence of temporally organized events; However, little is known about the neural circuits that perform computations to parse experience and encode sequential events.

More than 6.2 million Americans suffer from Alzheimer’s disease, and the economic impact to the nation tops $350 billion, yet very little is known about the circuits in the brain that are affected by this devastating disorder.

“Revealing how the hippocampal circuits perform these computations will provide key insights into understanding episodic memory both in health and in pathological conditions such as dementia and Alzheimer’s disease where patients’ life quality is profoundly disrupted due to impaired episodic memory,” said Research Group Leader Yingxue Wang.

Before joining MPFI, Wang was a research scientist at the Janelia Research Campus of Howard Hughes Medical Institute, working with Dr. Jeffery Magee and previously with Dr. Eva Pastalkova. At Janelia, she studied the hippocampal neuronal activities that represent memory traces. In particular, she employed memory tasks that can reversibly toggle the influence of sensory inputs on and off and isolated neuronal activities associated with internally stored memory.

Dr. Wang was trained as an electrical engineer. She completed her graduate study under the mentorship of Drs. Shih-Chii Liu, Tobi Delbruck and Rodney Douglas at the Swiss Federal Institute of Technology Zurich (ETHZ). During her Ph.D. training, she designed brain-inspired computational systems on silicon chips. These fully reconfigurable systems incorporated electronic circuits of a network of neurons with dendrites and synapses. Using these systems as simulation tools, she also investigated the computational principles native to a neuron with active dendrites. Her current work combines electrophysiological, imaging, and optogenetic and chemogenetic approaches with computational modeling to reveal the details of neuronal circuits underlying our ability to remember, think, and plan.

“I am profoundly grateful for the support this grant provides, and with this funding. I look forward to gaining critical insights into the neuronal circuits behind our ability to selectively encode daily experience into memory episodes,” said Dr. Wang.