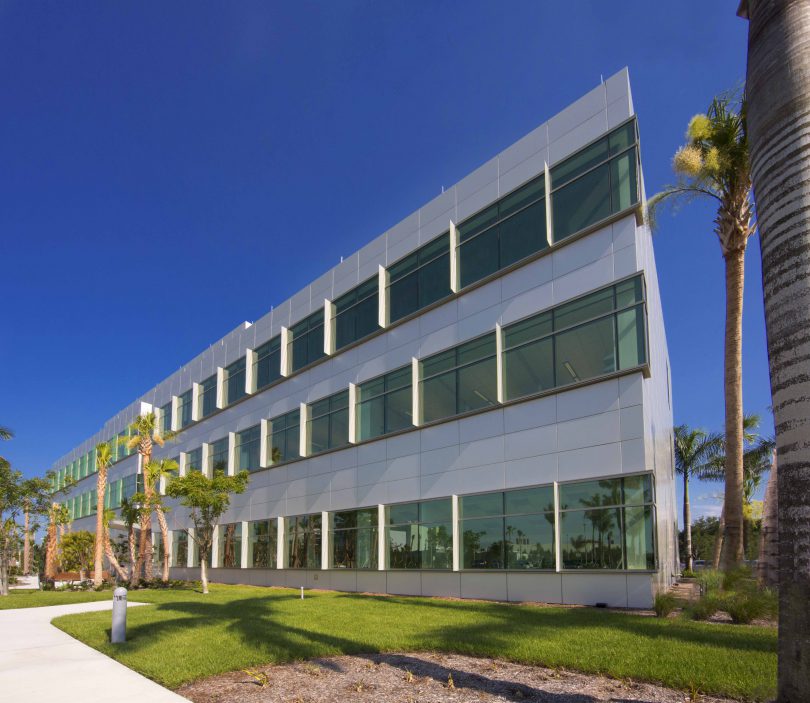 Dr. David Auth, renowned scientist and MPFI Board Member, and wife Nancy inspired by institute’s progress in pioneering research; say institute is a blessing to the community

“David and Nancy have supported MPFI since the very beginning and have made significant contributions to the success and bright future that the institute celebrates today,” said George Elmore, Chairman of the Max Planck Florida Foundation. “MPFI’s work has had a tremendous impact, not only on the advancement of knowledge in brain research, but on our youth’s education and our entire community. Knowing that this success will not only continue to progress, but accelerate with growing support, is an inspiration to all of us who are a part of this institute.”

An MPFI Board Member since its inception, Auth is a physicist, former professor, renowned scientist, inventor, businessman and entrepreneur. Auth and his wife Nancy are avid supporters of many medical, educational and cultural initiatives, including the University of Washington, where David Auth was a professor of electrical engineering from 1969 to 1982 and now, an affiliate professor of bioengineering since 1985, and the Museum of Flight in Seattle, where Nancy Auth serves on the Board of Trustees.

Nancy and I are deeply connected to the mission and vision of MPFI and are inspired by the exceptional progress the institute has made under Dr. David Fitzpatrick’s leadership,” Auth said. “Their research into uncovering the basic function and structure of the brain and their efforts in educating the next generation of scientists in this field play a crucial role in the future of health and medicine. We’re proud of the significant support we can offer in research, education and training.” 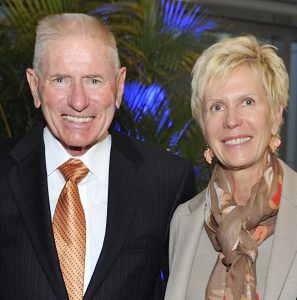 MPFI scientists investigate the functional organization of the nervous system, its capacity to produce perception, thought, language, memory, emotion, and action, which remains the ultimate challenge for biology. The institute brings together outstanding scientists with a broad range of expertise in a cohesive, collaborative environment designed to stimulate the development of novel approaches to understanding the structure, function, and development of neural circuits.

The institute’s research and educational programs have progressed significantly in 2015, with over $12.7 million in research funding from the National Institutes of Health, the launch of an international Ph.D. program in brain sciences, and the continued growth of the MPFI Scientific Fellows program, a training and education program funded in part by the State of Florida. The institute also held it’s biennial Sunposium™ this year, a scientific conference featuring world-renowned speakers, including 2014 Nobel laureate, Eric Betzig.

In 2012, the Auths donated $100,000 to the Max Planck Florida Foundation to help support the growth of the new institute. Last week, Dr. and Mrs. Auth contributed an additional gift of $900,000 after MPFI’s significant advancements in research and training had been announced at the October 2015 Board of Trustees meeting.

In the 1980’s, Auth developed the Rotablator®, a catheter based device for removing calcified arterial plaque from the coronary arteries of the heart. Based on the principle of differential cutting, it selectively ablates brittle, inelastic atherosclerotic plaque while sparing the healthy elastic arterial wall. In 1989, Auth founded Heart Technology, Inc. in order to commercialize the Rotablator® and finance clinical trials, ultimately leading to FDA coronary approval in 1993. Heart Technology became a public company in 1992, and later merged with Boston Scientific Corporation in 1995. The Rotablator® is among Auth’s more than 90 medical device patents worldwide. He, along with his graduate students, performed the seminal work in impedance limited, multipolar, radiofrequency electrosurgery in the 1970s, during his tenure as a professor. That work led to the invention and manufacture of two highly successful medical devices: BICAP®, widely used for endoscopic control of massive gastrointestinal hemorrhage, and Novasure® used for treating women suffering from menorrhagia.

Auth serves on the boards of multiple medical device companies and is a member of the National Academy of Engineering and a Fellow of the American Institute of Medical and Biological Engineering. Auth received his Ph.D. in Physics from Georgetown University in 1969.