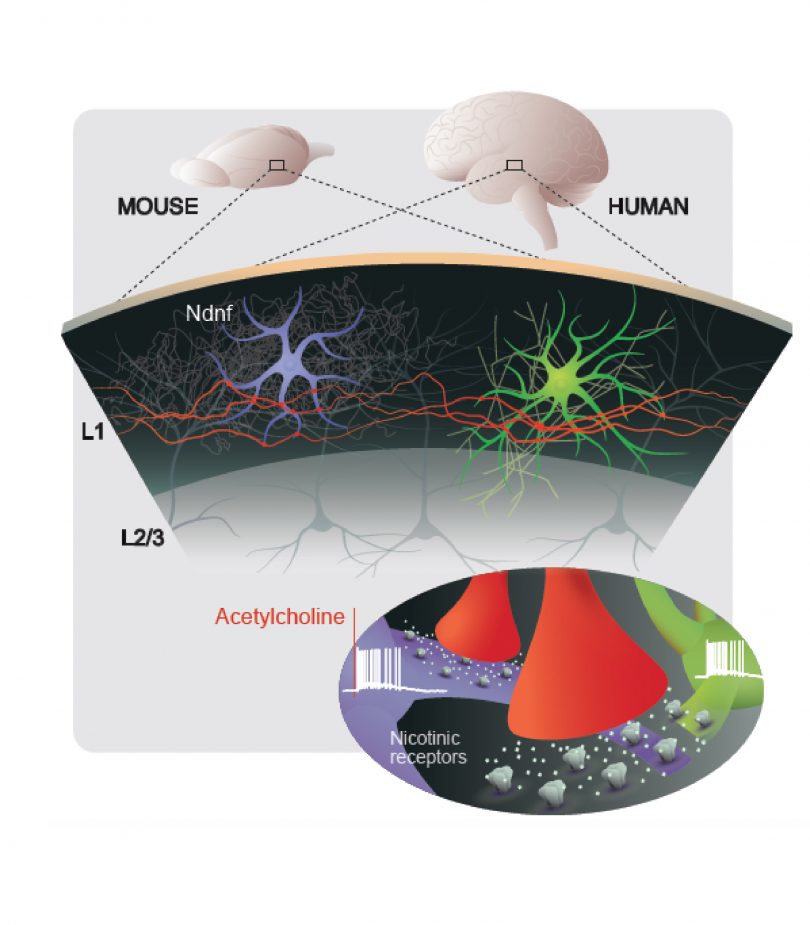 The human neocortex mediates many of the capacities that distinguish us from our closest relatives such as conscious thought and language. It is therefore striking that our understanding of this brain area is still overwhelmingly based on studies with animal models. A team of scientists led by Johannes Letzkus at the Frankfurt Max Planck Institute for Brain Research has investigated how cortical circuits are rapidly modulated in humans. Their findings reveal both essential similarities and differences to the mouse and will be published in the latest edition of Cell Reports.

Whether you are daydreaming, reminiscing about past events or reading this press release, your neocortex is indispensable for all higher brain functions. It is the brain area that has expanded and diversified the most during evolution, making it home to many billions of neurons in humans. To achieve its diverse functions, neocortex must integrate information from many other brain areas. One of these releases the neuromodulator acetylcholine, which is critical for shaping cortical computations during learning and focusing your attention.

In order to understand the actions of acetylcholine on neurons of human neocortex, the Frankfurt researchers teamed up with researchers at VU University in Amsterdam to obtain living human tissue that needs to be removed from patients being treated for different brain disorders. These generous donations by the patients enabled postdoc Rogier Poorthuis to investigate how the activity of different types of neurons is affected by acetylcholine. Remarkably, they identified a cell-type that is strongly and rapidly excited by this modulator.

The research team went on to investigate the receptors underlying the responses in interneurons and found those to be similar to mice. Letzkus: “We continued our investigations and studied the molecular properties of human layer 1 interneurons. The results were striking. We found a novel genetic marker that is conserved between humans and mice, and that can now be used to understand how human brain disorders affect these cells”.

Besides similarities, there are differences between the responses of mouse and human interneurons. One is that in humans these cells respond much more vigorously than their rodent counterparts, which indicates that fewer inputs may be able to recruit them during cognitive processes.

“It was truly fascinating to be able to record the activity of human interneurons” says Johannes Letzkus. “Despite some special features, we were struck by how many of the fundamental properties of these neurons are conserved in human neocortex, which also suggests that research on mice can contribute significantly to an understanding of our own brain”.