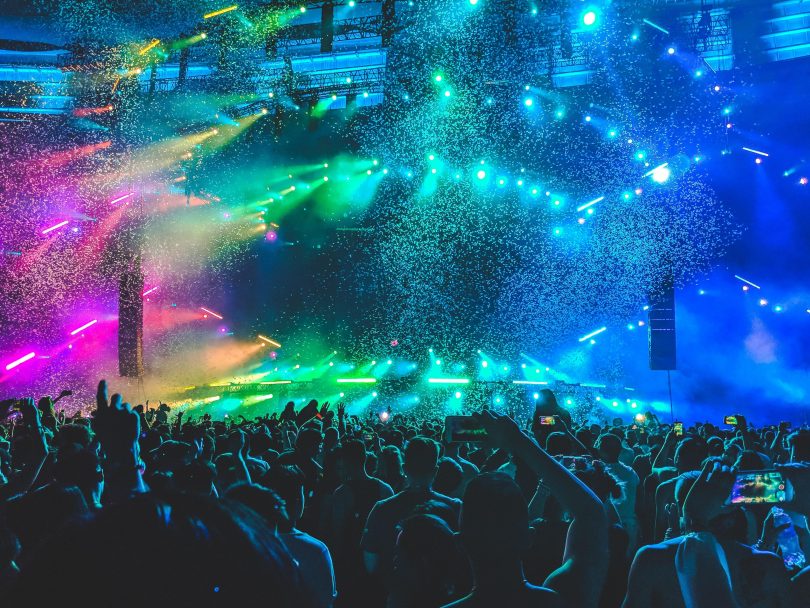 Synesthesia is a rare nonpathological phenomenon where stimulation of one sense automatically provokes a secondary perception in another. Hypothesized to result from differences in cortical wiring during development, synesthetes show atypical structural and functional neural connectivity, but the underlying molecular mechanisms are unknown. The trait also appears to be more common among people with autism spectrum disorder and savant abilities. Previous linkage studies searching for shared loci of large effect size across multiple families have had limited success. To address the critical lack of candidate genes, we applied whole-exome sequencing to three families with sound–color (auditory–visual) synesthesia affecting multiple relatives across three or more generations. We identified rare genetic variants that fully cosegregate with synesthesia in each family, uncovering 37 genes of interest. Consistent with reports indicating genetic heterogeneity, no variants were shared across families. Gene ontology analyses highlighted six genes—COL4A1, ITGA2, MYO10, ROBO3, SLC9A6, and SLIT2—associated with axonogenesis and expressed during early childhood when synesthetic associations are formed. These results are consistent with neuroimaging-based hypotheses about the role of hyperconnectivity in the etiology of synesthesia and offer a potential entry point into the neurobiology that organizes our sensory experiences.