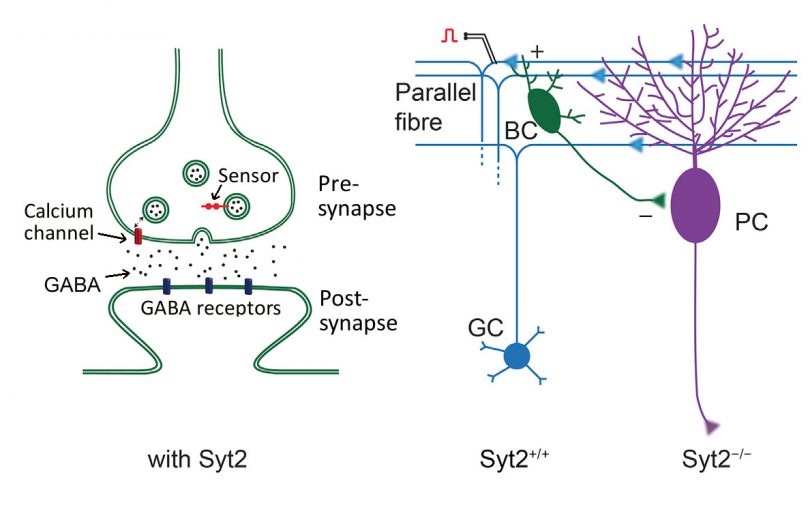 Synaptotagmin is identified as the calcium sensor in fast synapses. (c) IST Austria