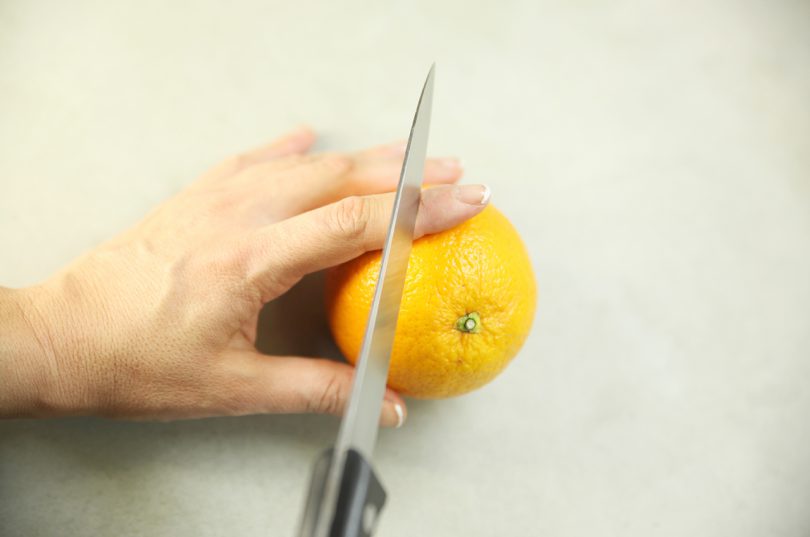 Although we remain physically unharmed while watching another person cutting their finger, we feel some of the same symptoms that we would experience while hurting ourselves. © Kai Weinsziehr for MPG

Grimacing, we flinch when we see someone accidentally hit their thumb with a hammer. But is it really pain we feel? Researchers at the Max Planck Institute for Human Cognitive and Brain Sciences in Leipzig and other institutions have now proposed a new theory that describes pain as a multi-layered gradual event which consists of specific pain components, such as a burning sensation in the hand, and more general components, such as negative emotions. A comparison of the brain activation patterns during both experiences could clarify which components the empathic response shares with real pain.

Imagine you’re driving a nail into a wall with a hammer and accidentally bang your finger. You would probably injure finger tissue, feel physical distress, focus all your attention on your injured finger and take care not to repeat the misfortune. All this describes physical and psychological manifestations of “pain” – specifically, so-called nociceptive pain experienced by your body, which is caused by the stimulation of pain receptors.

Now imagine that you see a friend injure him or herself in the same way. You would again literally wince and feel pain, empathetic pain in this case. Although you yourself have not sustained any injury, to some extent you would experience the same symptoms: You would feel anxiety; you may recoil to put distance between yourself and the source of the pain; and you would store information about the context of the experience in order to avoid pain in the future.

Previous studies have shown that the same brain structures – namely the anterior insula and the cingulate cortex – are activated, irrespective of whether the pain is personally experienced or empathetic. However, despite this congruence in the underlying activated areas of the brain, the extent to which the two forms of pain really are similar remains a matter of considerable controversy.

To help shed light on the matter, neuroscientists, including Tania Singer, Director at the Max Planck Institute for Human Cognitive and Brain Sciences in Leipzig, have now proposed a new theory: “We need to get away from this either-or question, whether the pain is genuine or not.”

Instead, it should be seen as a complex interaction of multiple elements, which together form the complex experience we call “pain”. The elements include sensory processes, which determine, for example, where the pain stimulus was triggered: in the hand or in the foot? In addition, emotional processes, such as the negative feeling experienced during pain, also come into play. “The decisive point is that the individual processes can also play a role in other experiences, albeit in a different activation pattern,” Singer explains – for example, if someone tickles your hand or foot, or you see images of people suffering on television. Other processes, such as the stimulation of pain receptors, are probably highly specific to pain. The neuroscientists therefore propose comparing the elements of direct and empathetic pain: Which elements are shared and which, by contrast, are specific and unique to the each form of pain?

A study that was published almost simultaneously by scientists from the Max Planck Institute for Human Cognitive and Brain Sciences and the University of Geneva has provided strong proof of this theory: They were able to demonstrate for the first time that during painful experiences the anterior insula region and the cingulate cortex process both general components, which also occur during other negative experiences such as disgust or indignation, and specific pain information – whether the pain is direct or empathic.

The general components signal that an experience is in fact unpleasant and not joyful. The specific information, in turn, tells us that pain – not disgust or indignation – is involved, and whether the pain is being experienced by you or someone else. “Both the nonspecific and the specific information are processed in parallel in the brain structures responsible for pain. But the activation patterns are different,” says Anita Tusche, also a neuroscientist at the Max Planck Institute in Leipzig and one of the authors of the study.

Thanks to the fact that our brain deals with these components in parallel, we can process various unpleasant experiences in a time-saving and energy-saving manner. At the same time, however, we are able register detailed information quickly, so that we know exactly what kind of unpleasant event has occurred – and whether it affects us directly or vicariously. “The fact that our brain processes pain and other unpleasant events simultaneously for the most part, no matter if they are experienced by us or someone else, is very important for social interactions,” Tusche says, “because it helps to us understand what others are experiencing.”