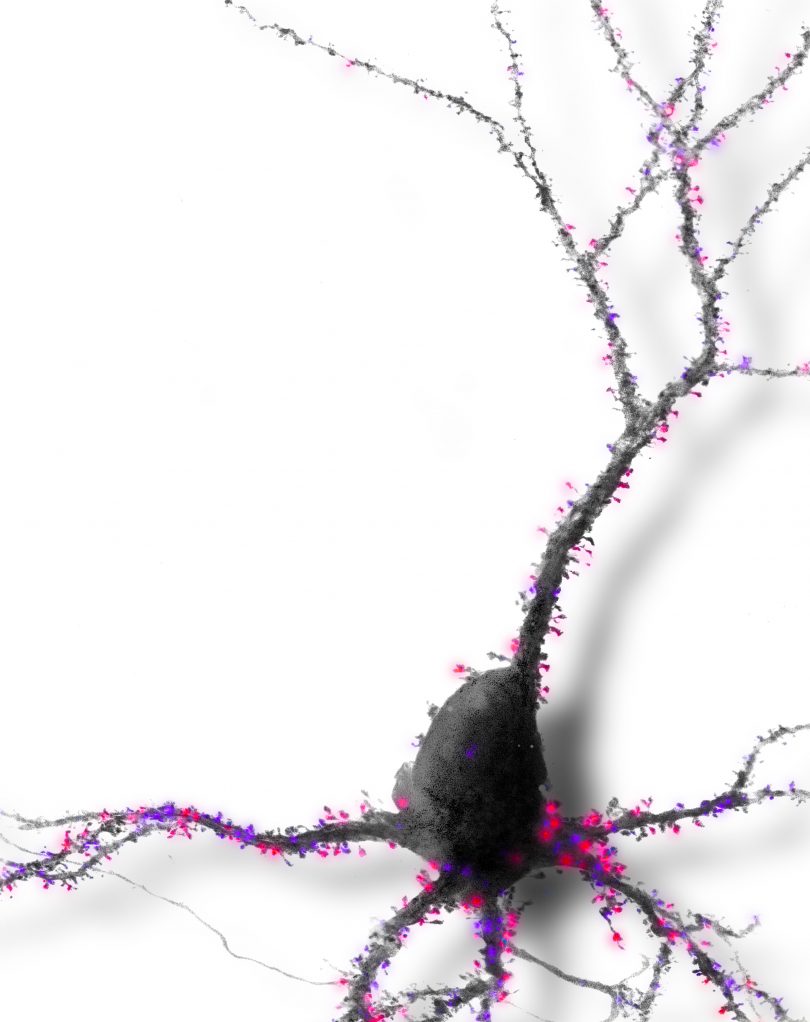 According to the current thinking in neuroscience, neurons in the brain must communicate actively with each other to establish functioning networks. Using an elegant genetic trick, neuroscientists Albrecht Sigler and Cordelia Imig from the Max Planck Institute for Experimental Medicine in Göttingen have now demonstrated that neurons in very important regions of the brain can connect and form normally structured networks without active signal transmission.

The human brain processes information in a gigantic network of 100 billion neurons, which are connected to each other through 100 billion contact points known as synapses. At these synapses, electrical impulses from a transmitting neuron trigger the release of chemical neurotransmitters, which are received by downstream neurons and converted back into electrical signals. All communication between neurons, which are responsible for the control of all body functions in the form of networks, is based on this principle.
The most important neurotransmitter in the brain, glutamate, is transmitted at the spine synapses. Their reception compartments consist of short protrusions from the dendrites. These protrusions or spines are minute cellular switching units, which play an important role in both normal signal transmission and complex brain functions, for example learning processes. According to a tenet of brain research that has been held for decades, the formation of spine synapses is dependent on the active release of glutamate by transmitting neurons.

Together with colleagues at the Max Planck Florida Institute for Neuroscience, Albrecht Sigler, and Cordelia Imig, who carry out research under Jeong Seop Rhee and Nils Brose at the Max Planck Institute for Experimental Medicine in Göttingen, have now debunked this tenet. With the help of genetically modified mice, in which the synaptic release of neurotransmitters was completely abolished, they were able to prove that spine synapses can also develop completely normally in the absence of glutamate release.
“When we presented the data at a conference for the first time, our colleagues were initially reluctant to believe us,” reports Imig. However, the data leave no room for doubt: “Neurons in the hippocampus, a region of the brain that is crucial for learning processes, from a normal number of spine synapses which are distributed in the usual way along their dendrites, even if there is no glutamate release,” explains Albrecht Sigler.

There is clearly a cellular program in the hippocampus that controls the networking of neurons in this region of the brain and in which signals from synaptic neurotransmitters do not have a major role to play. The network established in this manner then establishes the basis for changes in the synaptic circuitry that are triggered by brain activity. “However synaptic activity does not appear to have any role to play in the initial development of the network,” explains Siegler. “The activity-dependence of spine development, as concluded by many studies, was simply overestimated.”