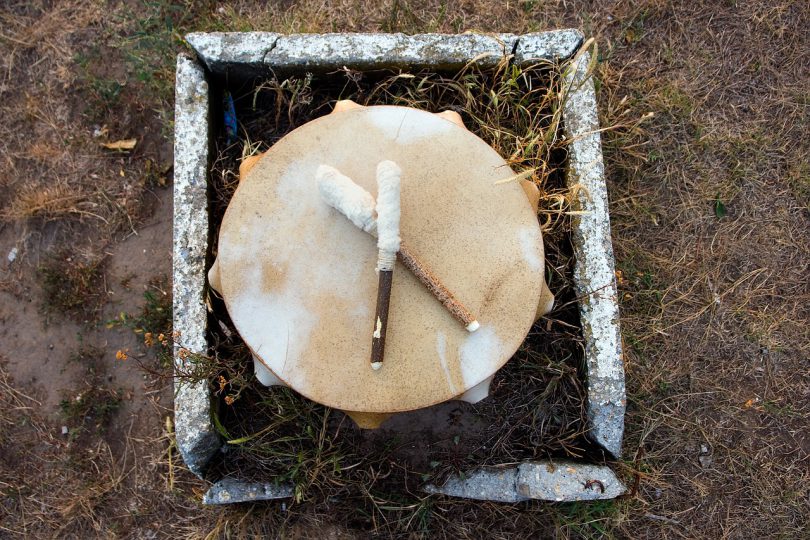 In the well-recognized state of shamanic trance, an absorptive state of consciousness, is achieved by practitioners using specific procedures. Typically, they alter their state of consciousness using rhythmic drumming. In a study initiated by MPI scientists, together with international experts on altered states of consciousness, functional MRI and physiological data were obtained that revealed changes in brain activity and connectivity correlated with entry into the trance state. Brain networks associated with internally directed thought and cognitive control were found to change significantly, and input from external perception was decoupled.

The methods of shamanism are considered to be the oldest and most traditional forms of spiritual healing known to humanity. Similar forms of these ancient practices have been found throughout the world. Interestingly, practitioners across cultures commonly enter a trance state through fast rhythmic drumming techniques.

This condition is often described by practising shamans as an inner journey into a kind of extended consciousness, leading to inner knowledge, clarity or insight. This altered state is accompanied by suppression of external stimuli, such as sounds.

Most cultures practising this tradition use similar techniques. This suggests that there is a common biological basis for attaining a trance state. Despite shamanism’s long-standing tradition, little is known about the neural correlates of altered consciousness in the trance state.

For this first time, scientists at the MPI and other scientific institutions investigated this phenomenon. Fifteen experienced shamanic practitioners from throughout Germany and Austria travelled to Leipzig to participate in experiments using functional Magnetic Resonance Imaging (fMRI). The shamans were asked to enter into or remain out of a trance state while listening to rhythmic drumming. Analysing the measured data, the scientists were able to determine which brain areas brain were more or less connected during the changing state of consciousness.

Emergence of network hubs in drumming-induced shamanic trance (orange). Regions that are less connected in trance are indicated in blue.

The researchers demonstrated an increased co-activation in the PCC, a network node involved in internally oriented cognitive states, with the dACC and the insula—both of which belong to the control network and help maintain important neural streams. This co-activation suggests that the inward-oriented neural stream was enhanced by the modulation of the control network.

Additionally, using a seed-based connectivity approach, researchers found that nodes within the auditory pathway were less connected during trance, possibly indicating perceptual decoupling and suppression of the repetitive auditory stimuli (rhythmic drumming). This stimulus appears to dampen processing in the auditory pathway, perhaps because it is highly predictable and repetitive.

An unpredictable change of rhythm, often used to terminate the shamanic journey, prompts activity in the control network to return to the pattern found in normal external perception, breaking the inward-orientated consciousness. The control network thus appears to control the focus of internal consciousness while simultaneously decoupling external perception, thereby enabling the widely reported enhancement in inner awareness and insight.