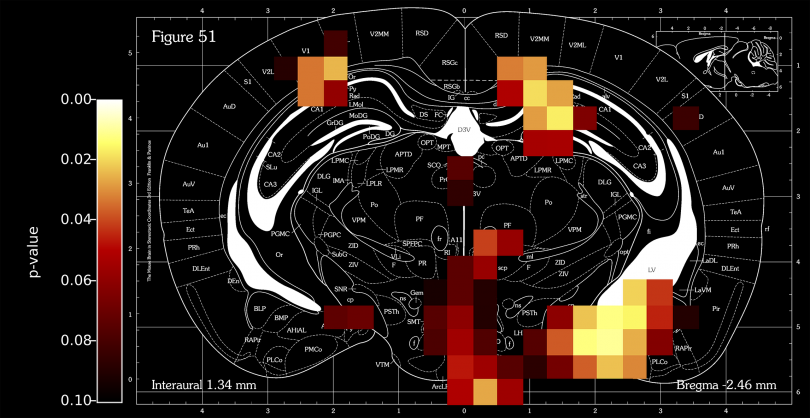 Obesity and type 2 diabetes mellitus are among the most common diseases of our time. Therefore, eating habits of people have come into focus of research. Scientists at the Max Planck Institute for Metabolism Research in Cologne now report how a signaling molecule, namely UDP, affects food intake of mice: UDP stimulated certain brain cells, which in turn excited the appetite of the animals. Furthermore, UDP was found to be more abundant in the brains of obese mice than in normal-weight fellows. In the long run, these findings might contribute to the development of novel therapies against obesity and obesity-associated type 2 diabetes mellitus.

Many people eat more than they actually should. This fact is, according to Professor Jens Brüning, leader of the new study and director of the Max Planck Institute for Metabolism Research in Cologne, a major reason why more and more people weigh too much. In the western world, being overweight applies for more than half of the population, and numbers of patients suffering from obesity are rapidly increasing. Those concerned develop additional disorders such as hypertension, heart problems or type 2 diabetes mellitus. Many patients are not able to adequately implement measures like a healthier diet or exercise. In this context, Brüning warns: “It would be a mistake to push the reason for being overweight only towards a lack of willpower. Sometimes the regulation of food intake is simply not functioning correctly”. Therefore, it is important to understand how the brain recognizes that there already is a sufficient amount of energy in the body. And, as a consequence should send signals such as Stop, eaten enough.

In recent decades it became clear that the central nervous system, in particular, an area of the hypothalamus is responsible for such signaling: “Two different types of nerve cells mainly regulate the appetite of a person”, says Bruning’s co-worker, Sophie Steculorum: “The so-called orexigenic neurons, which give the signal to the body to increase feeding, and the anorexigenic neurons which, conversely, signal to decrease food intake”. It has already been shown in previous studies that mice, which had the appetite-stimulating orexigenic cells removed, stopped eating.

The team of scientists now investigated this cell type more deeply. They found that on its surface a certain receptor called P2Y6 was detectable. Whether it influences eating behavior was not known until then: “In our studies, we could show that the molecule uridine diphosphate (UDP) specifically activates orexigenic neurons through P2Y6, which in turn increases appetite”, said Steculorum. Researchers have traced this process by injecting UDP into the brains of mice: These animals ate significantly more than those, which were not treated with the signaling molecule. This was an indication that the concentration of UDP in the brain correlates with the amount of food: “As we discovered that UDP is a feeding regulator, we wanted to investigate if the amount of this molecule could be increased in the brain of obese animals”, explains Steculorum. And indeed, both, in mice that were obese due to over-feeding, as well as mice that were overweight by a genetic predisposition, researchers found an increased amount of UDP in the hypothalamus.

Usually uridine is produced in the liver, however – according to the project leader – in this case, there is no evidence as to where the higher concentration originates. “This has to be investigated in future studies”, says Brüning. Anyway, for a potential pharmaceutical drug the appetite-stimulating neurons are a more suitable starting point: “If the mechanism of action is conserved in humans, then it might be possible to block the receptor of these cells and thus inhibit food intake” presumes Brüning and adds: “In any case, the mechanism we found is only a small puzzle piece of a complex clinical picture”. And as one knows, complex problems rarely have a trivial solution. Hence eating less is not always as easy as one would suspect.