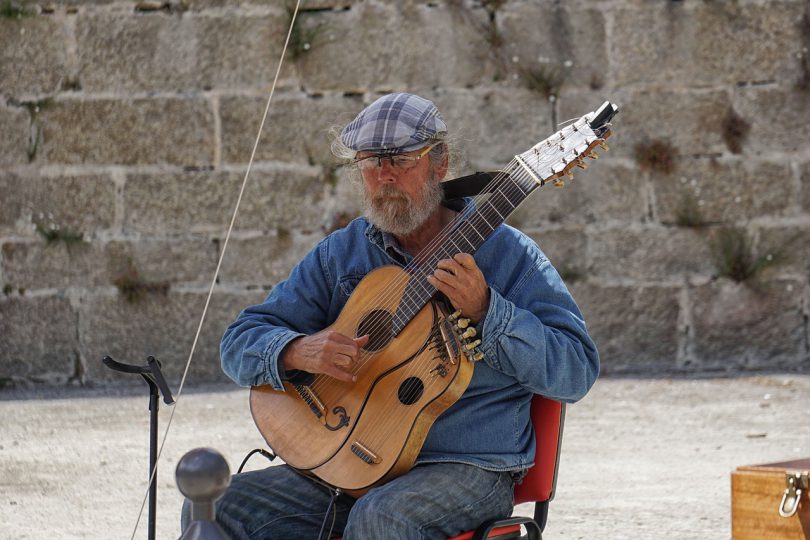 Those who are in regular contact with Alzheimer’s patients are often astounded at the quality of musical memory in contrast to other areas of memory. However, the reasons and mechanisms for this have remained poorly understood until now. Scientists at MPI Leipzig, the University of Amsterdam, and INSERM Caen have managed to precisely localise musical memory for the first time, providing evidence of broad stability of this brain area while progressive degradation of the brain in Alzheimer’s patients continues.
Age-related loss of memory is not a new phenomenon. With the increasing life expectancy in western societies, this is becoming evermore common in everyday life, accompanied by particularly dramatic consequences for sufferers, their families, and for public health services. In Germany alone, around 1.2 million patients have been diagnosed with Alzheimer’s disease—a neurodegenerative disease distinguished by increasing degeneration of neurons, resulting in loss of brain function.

Surprisingly, long-term musical memory often remains largely intact during such brain degeneration. Carers and therapists already use this knowledge to stimulate patients with music. With the aid of music, patients can successfully reconnect with old memories, and revive emotions and images. They are sometimes able to sing lines from well-known songs —despite being almost unable to speak.

This well-known fact, discovered empirically and used in everyday practice, is poorly understood scientifically. Dr Jörn-Henrik Jacobsen, a scientist at the Max Planck Institute and University of Amsterdam, explains: “To my knowledge, this is the first neuroscientific study that looks at the phenomenon of saved musical memory in Alzheimer’s disease that provides evidence for its anatomical explanation.“

In the study, which was proposed by Professor Robert Turner, Director emeritus of the Dept of Neurophysics, scientists used fMRi to localise specific areas of the brain associated with long-term music-related memory. Firstly, they evaluated a set of musical stimuli from the German charts media control list 1977–2007, nursery rhymes, classic oldies, and well-known classical pieces in a behavioural study to ensure that volunteers were able to identify well-known melodies from many years ago. “Musical experience, and hence individual music-related memory are indeed largely shaped by social and cultural circumstances. It was therefore important to not only have an individual selection, but also a group decision,” Jacobsen explains. The selected well-known songs were combined with totally unknown but characteristically similar pieces of music into trios.

Volunteers were presented with half of the melodies, one from each group, before proceeding with the fMRI measurements. They subsequently listened to three musical samples consisting of well-known songs, music they had just heard, and completely unknown melodies, while being monitored by fMRI. The data were then evaluated using statistical pattern recognition methods, and scientists were able to decipher brain areas where it was possible to distinguish which of the three categories (well-known, recently heard, unknown) had just been heard by the study participants. For long-term music memory, the researchers were able to identify an area commonly called the supplementary motor cortex.

“Not only does our study provide an innovative and modern methodology for neuroscientific research concerning musical memory, it also indicates that the temporal lobe is not essential for musical memory – as had previously been assumed – but rather brain areas that are associated with more complex motor functions“ Jacobsen concludes.

In a second step, the scientists compared the trends relevant for the musical memory regions from the healthy group with anatomical findings from a study of Alzheimer’s patients in relation to three important features of this disease: the cortical atrophy, the reduced metabolism (hypometabolism), and the Amyloid deposition (a protein deposition) in affected brain regions. As suspected, this pointed to the Alzheimer’s patients’ corresponding brain area, which had previously been localised as a long-term musical memory area and lower values for the biomarkers, as compared to the rest of the brain. The extent of amyloid deposits proved more pronounced than average in relation to the comparison areas, but did not result in further, otherwise consequential, development stages of the disease. In summary, the brain regions associated with long-term musical memory are found precisely in the areas which are often the least affected by cortical atrophy and typical metabolic disorders in Alzheimer’s patients.

The results of the studies thus provide a possible explanation for the fact that long-term musical memory in Alzheimer’s patients is better maintained, compared to short-term memory, the autobiographical long-term memory, or language, and the reason it still works well in advanced stages of the disease. In addition, these findings support an assumption that has been made in connection with other studies. Here, one had observed an increased network connection between the front cingulate gyrus and other nodes in Alzheimer’s patients. „This suggests that this area of the brain becomes better able to compensate for specific functions as the disease progresses,” Jacobsen explains.

To reinforce their studies, scientists would like to offer new impetus to research for little-understood mechanisms of long-term musical memory in Alzheimer’s disease. “Because only through a thorough understanding of the complex relationships”, thinks scientist Jacobsen, “could any real therapeutic use of music in patient care be possible in the future.”