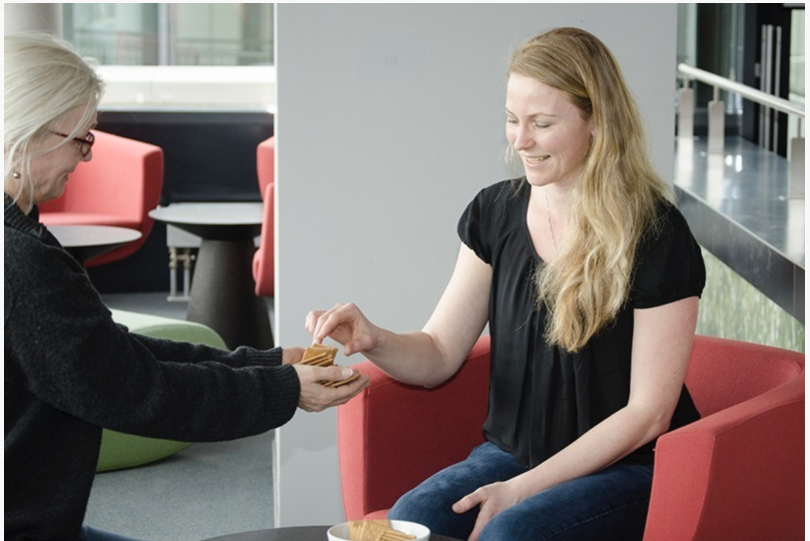 Irrespective of whether we offer someone a cookie, give up a seat to a pensioner, or receive refugees – the broader the variety of prosocial behaviour, the more diverse the methods used to investigate it, employing different scientific disciplines. So far, what has been generally measured as prosocial behaviour has been found to be underpinned by totally different motivations. Following a large-scale study, scientists at the Max Planck Institute for Human Cognitive and Brain Sciences in Leipzig have now pinpointed which tests provide the most accurate information about specific intentions. This could be used to people to be more specifically altruistically motivated.

Imagine a work meeting. A colleague is fishing in her bag for a packet of cookies, takes one and offers the rest to others around the table. Why?

Perhaps because she finds them tasty and wants to share her experience. Or maybe because it is expected. But perhaps it is a strategic tactic that proves advantageous. Whether it is altruism, social norm or strategy—there are several reasons why people behave in a prosocial manner; meaning that they act in a way that has positive consequences for the recipient.

Why and to what degree people demonstrate prosocial behaviour is of interest to economists as well as to psychologists and neuroscientists. For their investigations, however, they use totally different methods: While economists use game theory techniques, neuroscientists and psychologists normally work with computer simulations or simply with questionnaires. Although all these procedures tend to measure the same thing, that is, the prosociality, their results are rarely comparable.

To bring clarity to this potpourri of methods scientists at the Max Planck Institute for Human Cognitive and Brain Sciences in Leipzig (MPI CBS) have compared all these procedures in a large-scale study with several hundred participants. “We could show that these methods indeed investigate totally different aspects of prosocial behaviour”, says Prof. Anne Böckler, first author of the study. We now know which procedure could be used to measure a specific aspect of willingness. “This could enable us to selectively train one motivation and to register if there’s an effect”, explains Prof. Tania Singer, study leader and director at MPI CBS.

Altruistic motivations, for example, contribute to the well-being of another even though it may be at their own expense. As a good measure of unselfishness methods have emerged that register the willingness to share, to convince, to be generous or to invest time in others.

Interestingly, the questionnaires as a very commonly used technique turned out to be not as suitable for measuring prosocial behaviour. It seems that they are more likely to register how people would like to see themselves or to be seen by others. This became apparent when female participants assessed themselves as being more ready to help and more generous than their male counterparts. Indeed, the contrary appeared to be true when using methods that measured their real behaviour. “Furthermore, our results indicate that altruistically motivated people, who are sometimes labelled as naive do-gooders, are in fact more intelligent”, says Anne Böckler.

And the cookies? “When somebody shares their treats with us there are definitely various reasons. We should be careful when someone is insistent with his or her good intentions”, explains the neuroscientist.