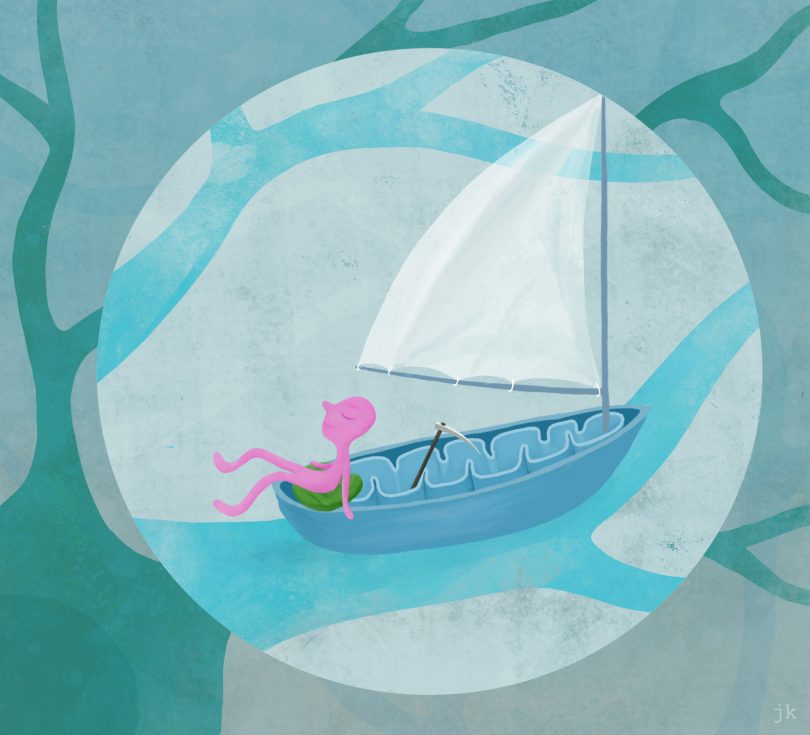 Messenger RNAs use mitochondria as a vehicle to reach distant locations within nerve cells. There, they can be used as blueprints for the production of short-lived proteins that would not survive the long journey. © MPI for Biological Intelligence, i.f. / Kuhl

“If you’re going on a long journey, it’s better to pack light and pack smart,” says Angelika Harbauer, head of the research group Neurometabolism at the Max Planck Institute for Biological Intelligence, in foundation (i.f.). The sentence summarizes the motto by which cellular power plants known as mitochondria travel through the long extensions of nerve cells. Harbauer’s research shows that, instead of a protein that is important to them, traveling mitochondria take along the blueprints needed to produce that protein. The results were published in the journal Neuron and have now been highlighted in a feature article in the journal Autophagy.

Proteins are biological machines that perform a wide variety of tasks. In one of her research projects, which started at Boston Children’s Hospital in Tom Schwarz’s group, Angelika Harbauer studies the production of one of these proteins in more detail. The PINK1 protein is found in mitochondria, the power plants of the cell, and ensures that defective mitochondria are sorted out and recycled. This prevents the cell from being damaged by defective mitochondria. PINK1 is needed wherever there are mitochondria.

This also applies to mitochondria in nerve cells’ long extensions, through which the cells communicate with each other. However, PINK1 is a short-lived protein that would not survive a long journey from the center of the cell to the ends of its extensions. In nerve cells, mitochondria therefore use a trick to always have access to enough PINK1: instead of the finished protein, they take along its blueprint, also called messenger RNA (mRNA).

Follow-up experiments showed that binding and transport take place indeed. As Harbauer and her colleagues discovered, Pink1 mRNA and many other mRNA molecules attach to the outside of mitochondria via a nerve cell-specific RNA-binding protein and another auxiliary protein. This way, they reach all the places in the cell where mitochondria are located. The mRNA can then be used to produce PINK1 protein in case of a mitochondrial defect.

Binding of mRNA molecules to mitochondria occurs via a protein called synaptojanin 2. This protein was previously known to be involved in the transmission of cellular signals and to be produced preferentially in nerve cells. The transport pathway that uses synaptojanin 2 to bind mRNA molecules to mitochondria is therefore specifically tailored to the needs of these cells, enabling them to transport mRNAs through their long cell extensions.

Angelika Harbauer’s research group is now investigating how the Pink1 mRNA transport process is regulated by cellular signaling pathways. “By understanding these signaling pathways, we hope to find approaches for new therapies that increase mRNA transport by mitochondria,” says Harbauer. This could increase the chances of nerve cell survival and slow down the progression of diseases in which damaged mitochondria contribute to the death of nerve cells.