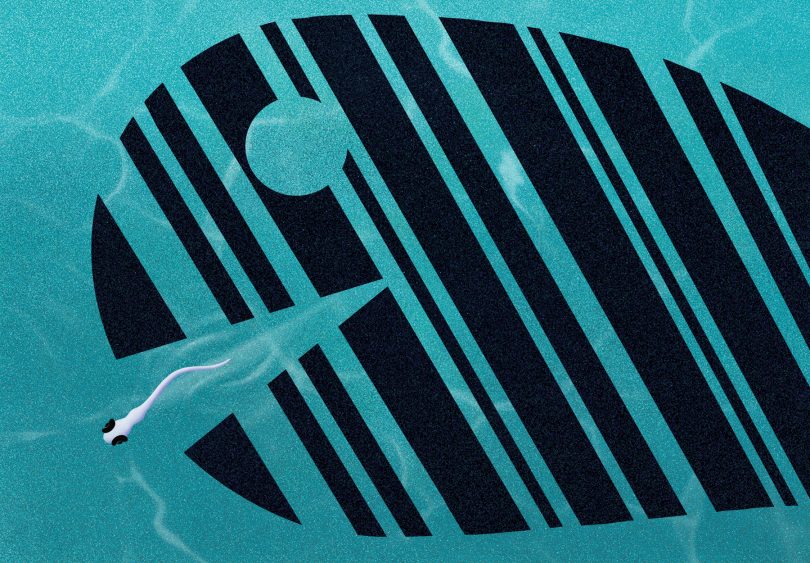 Zebrafish use global as well as local clues to perceive possible drifting. The local detection pathway may use a circuit that also enables the fish to detect predators and escape from them. (c) MPI of Neurobiology / Kuhl

If you drift off course, it’s useful to notice it in good time. The brain thus evaluates the perceived motion of the environment and translates it into course-correcting movements. The concept seemed clear, but recent studies in zebrafish now show that the eyes have to see more than a just a general movement of the environment. A local component is also required in order to detect a drift and initiate a countering motion. The study by Andreas Kist and Ruben Portugues from the Max Planck Institute of Neurobiology indicates a distinctly more complex brain circuitry than was previously thought.

It can be a challenge to remain in the same spot when the environment is moving. This is an everyday phenomenon. “When we move forward, an image of the environment moves in a backward direction past our eyes,” explains Andreas Kist. “This is what is called optic flow.” Humans and many animals use this information to detect their own movements and correct them if necessary.

For example, if a fish is driven off course by the current, it moves in the direction of the optic flow to remain in the same spot. This ‘optomotor response’ is inborn in many animal species. Researchers use this trait to investigate how the brain processes visual information and translates it into motion. However, the clues the brain uses to determine precisely the environmental motion and its direction, remain unclear. “We wanted to change that and came across a completely unexpected local component,” explains Ruben Portugues.

Kist and Portugues showed larval zebrafish various visual patterns moving beneath them. If the patterns moved across the whole visual field of the fish, from back to front, this triggered a forward swimming motion, as expected. By doing so, the fish would avoid a backward drift. This fish responded regardless of whether pale patterns moved over a dark background or vice versa. However, the intensity of the response, and the moment it occurred depended on a completely different factor.

The investigations showed that the motion-canceling swims were more reliable when the pattern incorporated a dark patch drifting locally past the fish’s head. The speed and nature of this dark patch had a decisive influence on when and how the zebrafish larvae moved. If the global and local triggers occurred together, the optomotor response was very strong and reliable.

Based on what is known about the processing of visual stimuli, this may be due to two independent pathways in the brain. One pathway processing global impressions, the other handling local ones. “We may possibly already have an idea how the local component is processed,” Portugues suggests.

Max Planck researchers demonstrated some time ago how an approaching dark object triggers a flight response in zebrafish. “There is a very interesting parallel here,” says Portugues. In the newly-described component of optomotor response, a dark object also triggers movement: just not flight, but a directed swimming motion.

“It is conceivable that the brain uses this processing path in both situations, according to need,” suggests Portugues. “It’s certainly something we will consider more closely.”