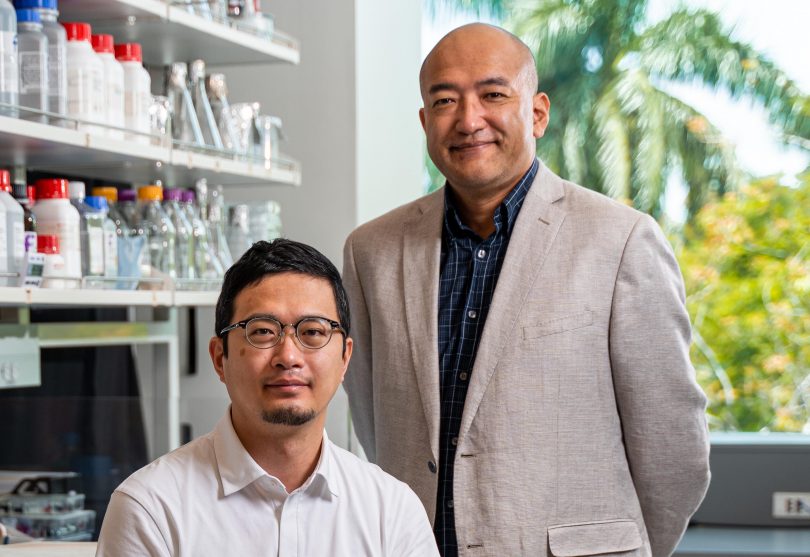 Researchers at the Max Planck Florida Institute for Neuroscience (MPFI) have discovered that the cell adhesion protein IgSF11 determines the layer-specific synaptic connectivity of a distinct class of cortical interneurons.

With its breathtaking views and striking stature, the Golden Gate bridge certainly deserves its title as one of the modern wonders of the world. Its elegant art deco style and iconic towers offer visitors a once-in-a-lifetime opportunity for astounding photographs. Stretching for almost 2 miles, the Golden Gate serves as a critical gateway, facilitating the exchange of ideas, commodities, and people.

Though not to the same grandiose scale, our brains have similar gateways to connect neurons. These tiny compartments, called synapses, enable the dynamic exchange of information and the formation of neural circuits. To build these circuits, developing neurons must first follow specific guidance cues, traveling across the brain until finding their proper partners. This process is largely important for the cerebral cortex which consists of six functionally and anatomically distinct layers. Though the cortex has been extensively studied, not much is known about the precise molecular mechanisms driving synapse specificity within its layers. This is especially true for a specialized class of neurons called inhibitory interneurons (INs), which typically make local connections with just one or two layers. Uncovering the molecules at play would further the understanding of cortical inhibitory circuit formation.

In a recent publication in the journal of Science Advances, Max Planck Florida’s Taniguchi lab has shed light on a new mechanism for inhibitory synapse specificity in the cortex. Identifying a novel role for the cell adhesion molecule IgSF11, MPFI scientists have discovered that the protein mediates layer-specific synaptic targeting in cortical Chandelier Cells (ChCs).

“Our lab specializes in the study of cortical interneurons and inhibitory circuit formation,” describes Dr. Hiroki Taniguchi, Ph.D. and Research Group Leader at Max Planck Florida. “Chandelier Cells, one of our favorite interneuron subtypes, have been shown to express unique genetic markers and innervate only certain layers within the cortex. (ChCs critically control spike generation in cortical principal neurons and have been implicated in the pathology of brain disorders such as schizophrenia and epilepsy.) We decided that this model cell-type would be the perfect place to begin our search for molecules that confer layer-specific synapse matching.”

MPFI scientists started their investigation using single-cell RNA sequencing to genetically screen INs for genes unique to an individual subtype. They found a select pool of genes in an intriguing category known as cell adhesion molecules, or CAMs. One CAM in particular, IgSF11, was highly enriched in ChCs compared to other IN subtypes.

“Our genetic screening of INs is where we first came across IgSF11,” explains Yasufumi Hayano, Ph.D., first author of the publication and research scientist in the Taniguchi Lab. “We were looking for subtype-specific genes that encode cell surface proteins, thinking that those expressed on the outside of neurons would be the perfect candidate to mediate a synapse-specific interaction.”

CAMs comprise a diverse group of structural proteins. Often thought of as a biological glue, CAMs are expressed on the outside of neurons and interact in large complexes, facilitating cell-to-cell interactions. The bridge-like complex they form offers stability for newly formed synapses and aids in cell adhesion and communication. One category of CAMs, called homophilic CAMs, only interacts with other CAMs that are identical to themselves and theorized to have the possibility of mediating specificity of synapse formation.

After identifying IgSF11 as a homophilic CAM, the MPFI team looked for IgSF11 expression in neurons from the upper half of layer 2/3 of the cortex which ChCs innervate, reasoning that expression would need to occur on both sides for a homophilic CAM interaction. Using fluorescent in situ hybridization (FISH) researchers found robust expression of IgSF11 in both ChCs as well as in target neurons residing within layer 2/3 of the cortex but not in other layers; providing strong evidence that the IgSF11 interaction is important in ChC synapse specificity.

Next, the Taniguchi lab assessed the functional role of IgSF11 in the formation of ChC synapses by removing IgSF11 from the brain and examining changes. In order to parse out if IgSF11 was functionally necessary on only ChCs or both ChCs and target cortical neurons, the team had to develop a strategy that allowed the selective removal of IgSF11. To accomplish this, MPFI scientists generated IgSF11 KO mice and transplanted fluorescently identified KO ChCs into wild-type (wt) host animals. KO ChCs displayed a significant reduction in both the size and number of synaptic boutons. Corroborating the hypothesis that IgSF11 confers its specificity through homophilic interaction, transplanting wt ChCs into the brains of IgSF11 KO mice resulted in the same reduction. Taken together, IgSF11 seems to be strongly implicated in ChC synaptic bouton development and morphological differentiation.

“One challenge working with Chandelier cells is that they are difficult to genetically manipulate using traditional methods,” explains Dr. Hayano. “To overcome this, we devised a new viral-based strategy using adeno associated virus to deliver IgSF11, a difficult-to-express protein, to cells of interest.”

The MPFI team used their AAV viral strategy to investigate whether IgSF11 expressed in neurons from different cortical layers other than layer 2/3 could artificially induce the formation of synapses with ChCs. Transducing neurons in layer V with IgSF11, they discovered numerous ectopic synapses formed between these cells and chandelier cells; a phenomenon that would not occur under normal circumstances.