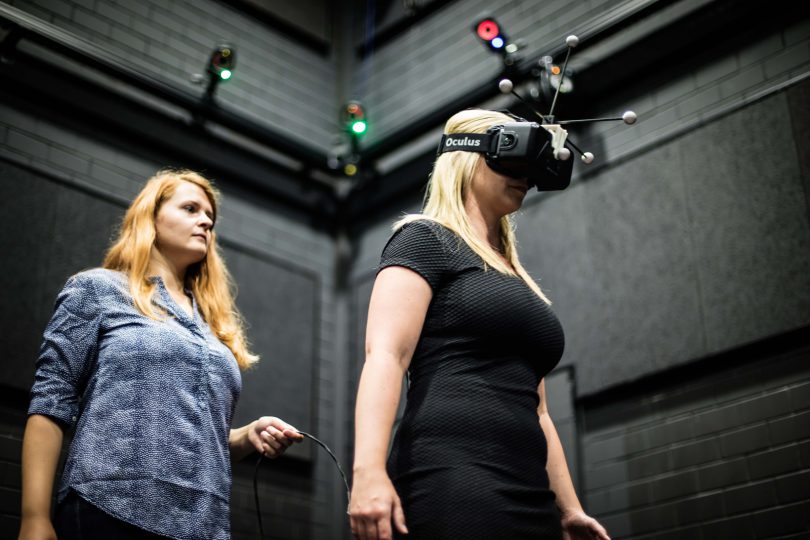 Human spatial memory is made up of numerous individual maps

Spatial memory is something we use and need in our everyday lives. Time for morning coffee? We head straight to the kitchen and know where to find the coffee machine and cups. To do this, we require a mental image of our home and its contents. If we didn’t have this information stored in our memory, we would have to search through the entire house every time we needed something. Exactly how this mental processing works is not clear. Do we use one big mental map of all of the objects we have in our home? Or do we have a bunch of small maps instead – perhaps one for each room? Tobias Meilinger and Marianne Strickrodt, cognitive scientists from the Max Planck Institute for Biological Cybernetics, investigated these questions in a research study.

In their study, the Max Planck researchers tested the spatial memory of volunteers in a virtual environment using 3D glasses. They were asked to memorize an arrangement of seven virtual objects placed in either of two spaces: an open, fully overseeable space or across multiple interlinked corridors. The objects were distributed in precisely the same way in both scenarios. In order to see all of the objects, along the interlinked corridors, referred to as the environmental space, participants had to walk through the environment. In the open vista space, they could see everything at a glance.

They were then asked: Where was the kettle, the banana, the hammer? Marianne Strickrodt and Tobias Meilinger examined how quickly and accurately participants remembered the location of the objects and in what order. “In a virtual world like the one in our study, we have perfect control over the conditions of the experiment. This enables us to alter individual parameters and measure the associated effects on memory performance,” explains Marianne Strickrodt.

Memory as far as the eye can see

The spatial memory trace for the layout of the seven objects depended on the space in which the participants had seen the objects. If they learned the location of the objects in the interlinked corridor environment, they immediately remembered objects in the corridor in which they themselves were located at the moment of survey. However, they needed more time to recall objects from the neighbouring corridor, and again longer for objects located two corridors away. They could therefore only access their spatial memory step-by-step, corridor-by-corridor. 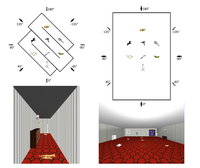 Contralily, participants who memorized the objects in vista space were able to remember all of the objects equally quickly and were more flexible when it came to reconstructing the order of the objects. A control experiment showed that these differences in the structure of the spatial memory were not due to the fact that the volunteers were walking through the environmental space or only got to see the objects one after the other. Instead, they were due to the segmentation and the limited visibility dictated by the corridor walls.

A separate map for each space

“Our findings do not support the idea that we construct a large comprehensive mental map of the environment, from which we can flexibly read information about all locations. Figuratively speaking, our spatial memory of the coffee machine in the kitchen doesn’t necessarily include the location of the hairbrush in the bathroom and vice versa. If we want to point from the kitchen to the hairbrush in the bathroom, the way we access our spatial memory follows our actual learning experience step-by-step: first the kitchen, then the hallway, and then the bathroom,” explains Marianne Strickrodt, summarizing the results.

It makes a fundamental difference whether we learn about the location of objects in vista or environmental spaces. We find it easy to remember the position of many items as one unit when arranged in large open spaces. Hence, large corridors, roads and entrance areas that provide a broad overall view enhance wayfinding.

“The study findings are relevant for the research on the neuronal basis of navigation. Many previous findings were obtained in the context of vista spaces. The extent to which these results are applicable to environmental spaces, or whether completely new mechanisms must be sought for, poses a fascinating question for future research,” says Tobias Meilinger, who headed the study.