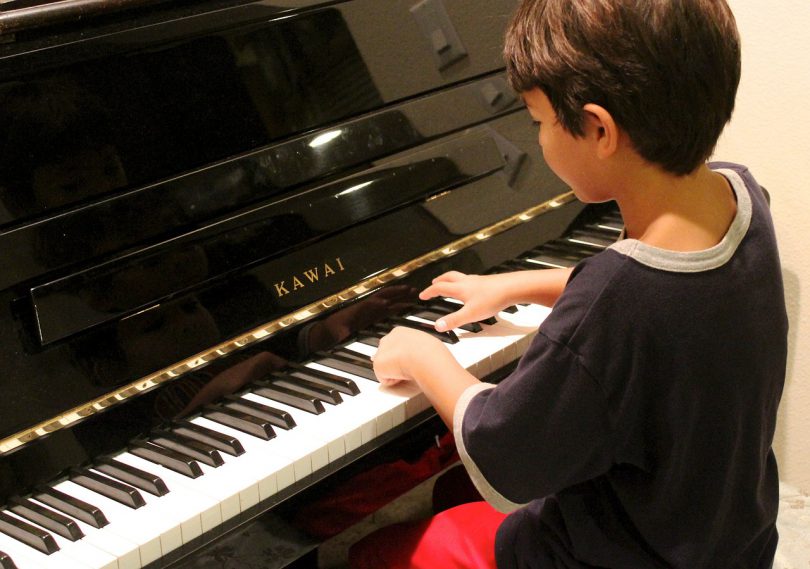 Which is more important when we plan an action: the overarching goal or the approach along the way?

Scientists at the Max Planck Institute for Human Cognitive and Brain Sciences in Leipzig have discovered that we initially focus on the goal. They demonstrated it in a study conducted with trained pianists whose mental processes concentrate more on the targeted harmony of a melody than on finger positions for individual chords.

A pianist’s fingers fly expertly over the keys, creating a melody with seeming ease that captivates their audience. But what is the pianist’s brain actually doing while they play the piece? The pianist has to think about both what they are playing, in other words which keys to play to create a pleasant melody, and how they are playing it, meaning which fingers to use. “We know now that musicians do not focus on both at the same time, but firstly on the melody they are striving for and then the corresponding finger movements to achieve it. So firstly what and then how”, says Daniela Sammler from the Max Planck Institute for Human Cognitive and Brain Sciences. This is similar to a footballer who concentrates primarily on putting the ball in the net without explicitly wondering how to move his feet to achieve it.

The neuroscientists discovered these connections by deliberately interfering with the natural flow of professional pianists. To do so, they played them a melody which they were then to copy. However, they suddenly threw in an unexpected chord which did not fit into the melodic pattern or ring true to a musician’s ear. “How quickly the pianist is able to react to it and play the unexpected note depends on the length of the melody preceding it. If they have more time to get used to the melody, they are all the more sur-prised when their expectations are spoiled by the false note”, explains Roberta Bianco, lead author of the associated study and doctoral student at the Max Planck Institute in Leipzig. The reason for the delay is that the pianist had already begun planning the cor-rect movements to achieve the pleasant melody, but suddenly had to abort them and reprogramme their fingers. 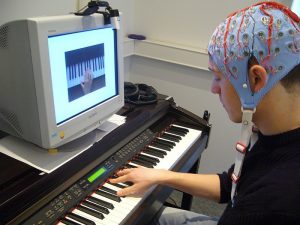 The researchers used an electroencephalogram to record the brain waves of the pianist while he was playing.
© Max Planck Institute for Human Cognitive and Brain Sciences

Such processes are by no means confined to pianists. A similar thing occurs when we use language and grammar. For example, we expect that a sentence beginning, “I am now going to eat a”, will finish with a noun, and we would be confused if instead it was fol-lowed by “read”. “In the same way as the sentence construction of our language in our brains, a professional pianist has internalized the rules of music in his or her fingers, as it were”, says the native Italian, who herself studied musicology.


The results show that the brain constantly scans our environment for patterns to enable us to perform our daily activities and interactions. It then deduces what could be coming next and prepares the necessary processes. If something unexpected happens, it takes a certain amount of time to re-adapt. “What is particularly astonishing is the fact that basically the same mental processes occur in a pianist during a virtuoso performance as we all use in daily life, for example when playing football or making coffee”, Bianco adds.