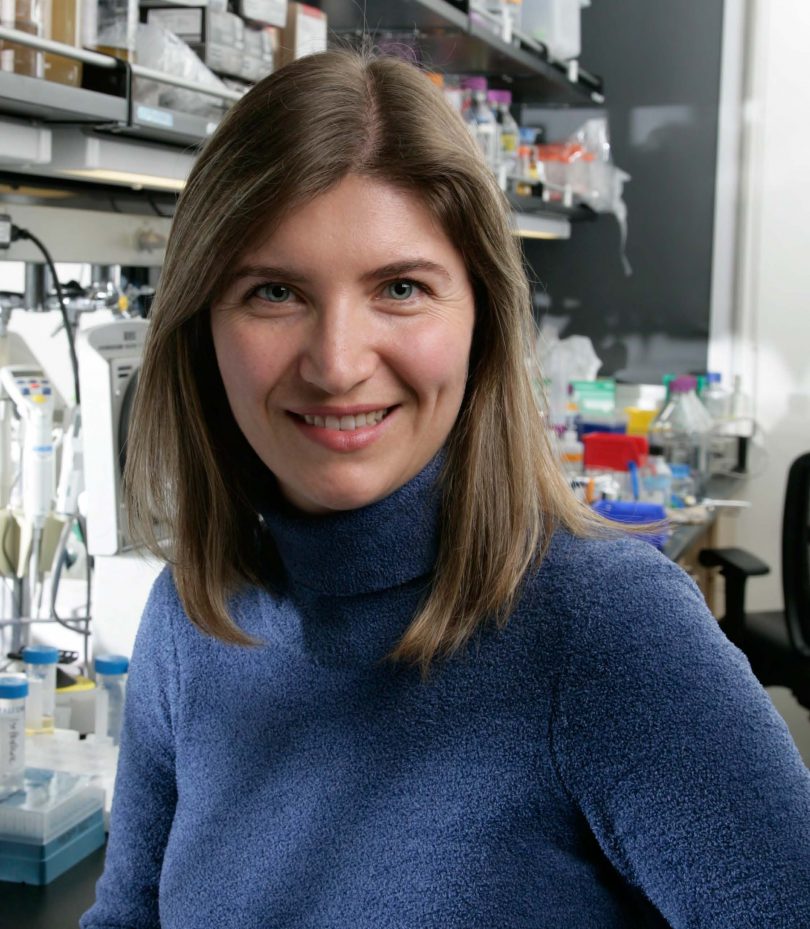 “The nominee pool was both impressive and competitive – much consideration was given to each candidate,” says Dr. David Fitzpatrick, CEO and MPFI scientific director. “Dr. Gradinaru has made multiple significant landmark contributions throughout her early career – benefitting the scientific community; she truly exemplifies Dr. Gruss’s legacy.”

Gradinaru is Assistant Professor of Biology and Biological Engineering and Heritage Principal Investigator at the California Institute of Technology. Dr. Gradinaru’s work focuses on developing and using optogenetics and tissue clearing to better understand brain circuitry underlying neurological disorders such as Parkinson’s Disease. She was nominated by Dr. Karl Deisseroth, Howard Hughes Medical Institute Investigator, 2013 Brain Prize Winner, and 2016 Breakthrough Prize in Life Sciences Winner – whom she studied under while completing her neuroscience doctorate at Stanford University.

I cannot imagine a more compelling, deserving and meritorious recipient of the Peter Gruss Young Investigator Award,” says Dr. Karl Deisseroth, D.H. Chen Professor of Bioengineering and of Psychiatry and Behavioral Sciences at Stanford University. “Her dedication and leadership will continue to benefit the global neuroscience community.”

Dr. Rafael Yuste, Director of the NeuroTechnology Center at Columbia University, wrote in a letter of support for Dr. Gradinaru’s nomination, “Viviana has a stellar career, with brilliance at every step of the way,” remarking that her current research could go on to revolutionize the treatment of brain diseases using molecular therapies.

“The selection committee was truly inspired by Dr. Gradinaru’s groundbreaking work and success in developing tools to help us better understand brain circuitry in disease and disorder,” says Dr. Ryohei Yasuda, MPFI scientific director. “We are confident she will continue to make crucial advances in neuroscience and the technologies we use to study the brain.”

Earlier this year, Dr. Gradinaru was honored by President Obama as one of the recipients of the Presidential Early Career Awards for Scientists and Engineers, the highest honor bestowed by the United States Government on science and engineering professionals in the early stages of their independent research careers.

The Peter Gruss Young Investigator Award will be presented to Gradinaru during MPFI’s Sunposium conference, February 13-14, 2017 at the Palm Beach County Convention Center. As the Award recipient, Dr. Gradinaru will be invited to deliver a plenary lecture at the Sunposium 2017 conference.

Dr. Gradinaru will also receive a monetary award underwritten by Ms. Raquel Rodriguez of Miami, Florida. Ms. Rodriguez, a long-time supporter of MPFI and the life science industry, has contributed the award in honor of Dr. Peter Gruss’s legacy.

The Peter Gruss Young Investigator Award is given biennially to recognize a young neuroscience investigator for significant contributions to the scientific community through collaboration, creativity, and curiosity-driven research. In addition to recognizing outstanding achievements, it also serves to support research, inspire young scientists, promote collaboration, and acknowledge the outstanding legacy that Dr. Peter Gruss built throughout his honorable career at the Max Planck Society.