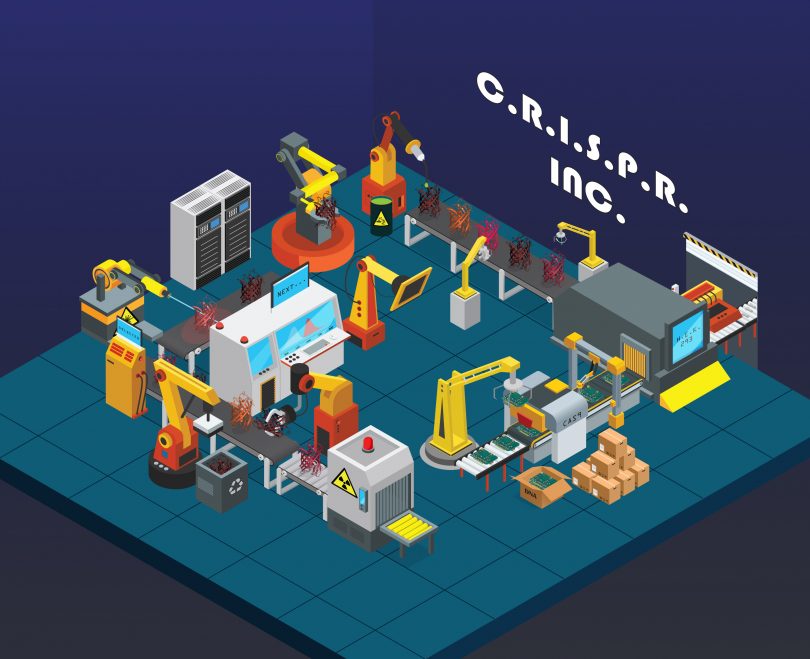 With the help of CRISPR-Cas9, scientists can now develop proteins that make even difficult components of a mammalian cell visible under the microscope. (c) MPI of Neurobiology / Fabritius

“Directed evolution” is the process by which scientists produce tailor-made proteins for cell biology, physiology and biomedicine in the laboratory. Based on this method, Max Planck researchers from Martinsried have now developed a method to optimize proteins directly in mammalian cells. Using the new method, the scientists have produced the fluorescent protein mCRISPRed, which fluoresces brightly in lysosomes – very acidic, all-decomposing cell vesicles – which were previously difficult to label.

In the directed evolution of proteins, vast numbers of slightly altered variants of a starting protein are produced. This creates a large pool of potential candidates for later use in biomedical research. In a second step, researchers select the protein variants with improved, desired properties. The characterization of suitable protein candidates takes place in the test tube or in microbial cells. Overall, the process is very successful for many applications. However, protein variants that are supposed to function under the specific conditions of the mammalian cell or its organelles are difficult to identify in this way.

Together with colleagues from the neighboring Max Planck Institute of Biochemistry, researchers from Oliver Griesbeck’s group developed a new, CRISPR-Cas9 based, method for directed protein evolution: “Our technique has nothing to do with the genome editing for which CRISPR is so well known,” explains Arne Fabritius, one of the two first authors of the study. “We use the method to separate the DNA strand at a specific location. Errors in the repair mechanism then lead to genetic diversity – and this, directly in a living mammalian cell.”

The new method introduces the gene of the desired protein into the cell’s genome as a single copy. Here, it is stably embedded and is passed on to daughter cells during cell division. Using the CRISPR-Cas9 gene scissors, the researchers are able to cut at specific sites at the gene of the inserted protein. By adding specially made building blocks, planned errors occurring during the repair of the cut can lead to altered and, with a bit of luck, improved variants of the original protein.

In this way, the researchers from Martinsried have developed the protein mCRISPRed, which fluoresces brighter at the acidic pH in lysosomes and is much more robust than all previously designed proteins.

Lysosomes are the waste-disposal organelles of the cell. Their acidic pH dissolves almost everything they come in contact with. For quite some time, researchers had been looking for a way to introduce brightly fluorescing proteins into lysosomes to label them and thus to improve their investigation within cells.

The newly developed protein mCRISPRed shows that the properties of a protein can be adapted even to very specific conditions such as those of the lysosome. “The new application of CRISPR-Cas9 opens up completely different possibilities for advancing the development of biosensors, receptors, therapeutic proteins or signaling proteins,” enthuses Oliver Griesbeck. “For me, this is definitely the next step in protein engineering!”