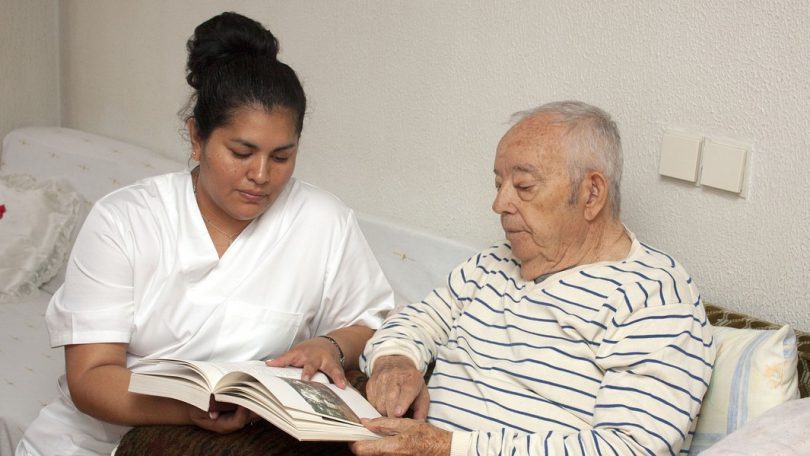 How the aging brain reacts to dopamine-stimulating agents

Can dopamine-stimulating medicines improve older people’s brain functioning and cognitive performance? Scientists at the Max Planck Institute for Human Development have pursued this question together with an international research team. The results of the study have been published in the journal, Proceedings of the National Academy of Sciences of the United States of America (PNAS).

The neurotransmitter dopamine regulates brain activity and supports working memory, that is, the ability to keep several things in mind and to update them (e.g., when doing mental arithmetic). On average, older adults have less dopamine than younger adults and also have poorer working memory. Furthermore, although such age-related cognitive deficits have often been conceptualized as due to various forms of “noisy” neural processing, recent neuroimaging work indicates that healthy, higher performing, younger adults typically express more signal variability in a variety of cortical regions relative to older, poorer performers. Mechanisms for this phenomenon have been lacking, and the scientists hypothesized that dopamine (DA) neuromodulation may provide one such mechanism. To clarify the connections between dopamine, variability of brain activity, and age, the research team examined the effect of the chemical substance D-amphetamine on brain activity and working memory. D-amphetamine can lead to an increased release of dopamine, and is being used for the treatment of attention deficit disorders in children.

The research team divided younger and older adults into two groups. Members of the first group were administered D-amphetamine in the first session and a placebo in the second, whereas the order was reversed for members of the second group. Neither the study participants nor the scientists conducting the study knew the order in which D-amphetamine and placebo were delivered. In both sessions, the variability of brain activity was measured using functional magnetic resonance imaging (fMRI) while the participants were carrying out a working memory task. The research team hypothesized that D-amphetamine would trigger dopamine release, leading to increased brain signal variability and working memory performance, particularly in older adults.

As predicted, D-amphetamine greatly increased brain signal variability in older adults, and this increase co-occurred with heightened working memory performance. However, this pattern was only observed among those older adults who had received the D-amphetamine in the first session. In those receiving it in the second session, increased brain signal variability was not associated with gains in working memory performance. “The results for the second group are really surprising, and highlight the importance of understanding the exact contexts within which drugs such as D-amphetamine work best,” says first author Douglas Garrett, a research fellow at the Max Planck UCL Centre for Computational Psychiatry and Ageing Research. “We plan to follow up on the potential causes of these contextual outcomes in future studies.” D-amphetamine did not improve performance in young adults with increased brain signal variability, suggesting that more dopamine release is not always a good thing.

This study shows that administering a dopamine-stimulating agent increases the variability of brain activity (particularly in older adults), and that this increase can lead to an improvement of cognitive functioning in older adults. “By no means can our findings provide the basis for a recommendation that older adults should take D-amphetamine,” warns Ulman Lindenberger, Director of the Center for Lifespan Psychology at the Max Planck Institute for Human Development, and one of the study’s initiators. “Such recommendations are out of the question at present,” adds Douglas Garrett. “We first need to improve our understanding of order and repeated dosage effects.”