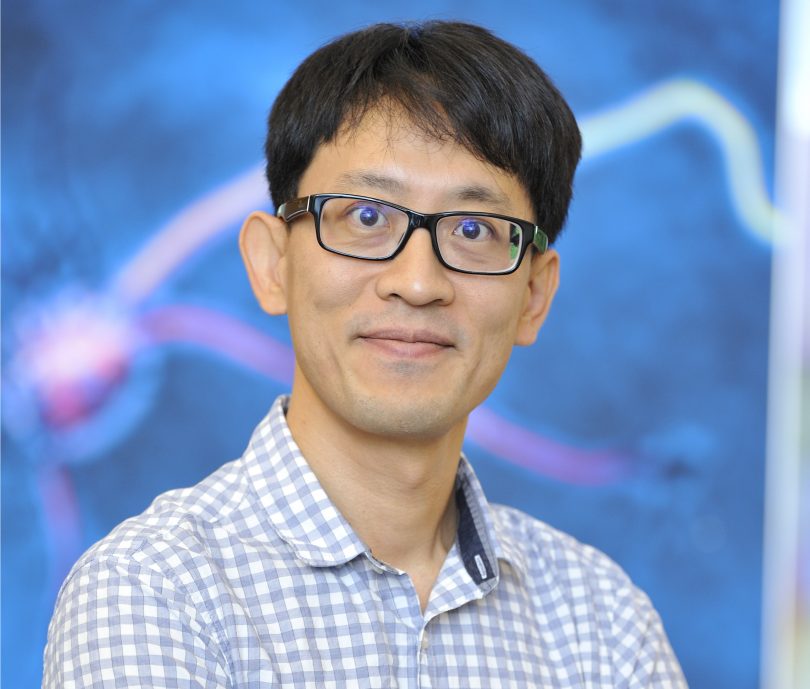 The concept of “finding your happy place” just got a big boost thanks to a Max Planck Florida neuroscientist and the NIH Common Fund. Dr. Hyungbae Kwon, Scientific Group Leader at The Max Planck Florida Institute for Neuroscience has been awarded a 2018 NIH Director’s Pioneer Award for developing a new light-based technique that allows scientists to visualize and map out how emotions affect neurons. While much focus has been placed on studying neuronal connections within the brain, questions about internal brain state remain unanswered. Neurons convey information like pain or hunger, but how we respond to that information is a function of neuromodulators – a separate entity from neurotransmitters, but a critical part when it comes to facilitating fast information transfer in neuronal network. Dr. Kwon’s lab has created a new light-inducible system, named iTango2, that allows gene expression by both light and neurotransmitters. When applied together, neurons that are activated by neuromodulators can only be labeled when light is illuminated, making it easier for scientists to target neurons that are relevant to selective behaviors. Furthermore, the technology’s ability to activate neurons makes it theoretically possible to control feelings like happiness by shining special lighting on select portions of the brain. This research will add higher degree of understanding in brain functions whose abnormalities are implicated with various types of brain disorders such as ADHD, depression, and schizophrenia.

Dr. Kwon is one of just ten scientists to receive the Pioneer Award in 2018. He will receive $6.8 million over five years for his project entitled ‘Cracking the Neuromodulation Code at Single Cell Resolution.’ The grant is the largest in the eight-year history of Max Planck Florida Institute for Neuroscience, and marks the second time a MPFI researcher has been awarded a Pioneer Award.

“I am honored to receive this recognition and support for this exciting research. For the past decades, remarkable efforts have been made to understand biophysical properties of neurons and wiring diagram of neural circuits in the brain. However, very little is known how internal brain state is regulated and how it affects our sensation, perception and cognition. With this Pioneer Award, I can now begin to dissect fine scale neuromodulation actions in a quantitative manner.” said Dr. Kwon.

NIH Director’s Awards are prestigious awards that are given to exceptionally creative scientists proposing high-risk, high-impact research at all career stages. The awards were created to support unconventional approaches to major challenges in biomedical and behavioral research.

Hyungbae Kwon has been a Research Group Leader for MPFI since July 2012 and heads the research group of Cellular Basis of Neural Circuit Plasticity. Since joining MPFI, Kwon has produced 11 publications, including papers in Science, PNAS, Nature Methods, and Nature Biotechnology in which he is senior author. He has been invited to present his science at numerous international meetings and institutions, and he has established productive collaborations with a number of excellent laboratories, attesting to the high level of interest and respect for his accomplishments.

In 2012, he began his independent laboratory at the Max Planck Florida Institute for Neuroscience, where he continued to study mechanisms of synapse formation during early brain development and created novel optogenetic approaches that enable to dissect animal sensation, cognition, behaviors at higher precision. Using these newly developed techniques together with other approaches, current research in the Kwon laboratory focuses on understanding principles underlying various forms of cognitive brain actions.

“Hyungbae Kwon is an outstanding young investigator whose creativity and productivity leave little doubt that he is at the start of a highly successful independent research career. He is highly deserving of this award and I am extremely proud of his achievements,” said Dr. David Fitzpatrick, MPFI’s CEO and Scientific Director.