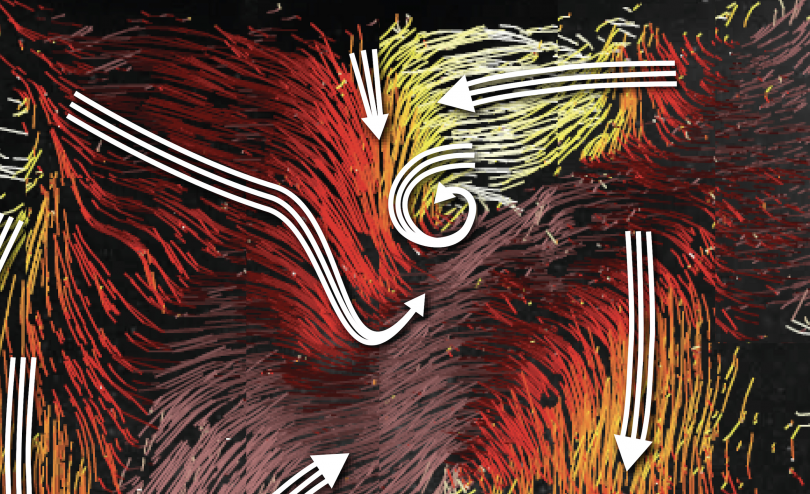 Flow map in the third ventricle of the mouse brain

We have all bumped our heads at some point, and such incidents are usually harmless. This is thanks to fluid-filled chambers in our brain that offset minor knocks and jolts and provide padding for sensitive components of our nervous system. Cerebral fluid, however, has more than just a protective function: It removes cellular waste, supplies our nervous tissue with nutrients, and transports important messenger substances. How these messenger substances are actually being delivered to their destination in the brain, however, was unclear until now. Göttingen-based Max Planck researchers have now discovered that tiny cilia on the surface of specialized cells could lead the way. Through synchronized beating movements, they create a complex network of dynamic flows that act like conveyor belts transporting molecular “freight”. The results obtained by the scientists suggest that these flows send messenger substances directly to where they are needed. (Science, 8 July 2016)

Cilia free our airways of dust, mucus, and pathogens, transport egg cells through the fallopian tubes, and help sperm to move forward. The four chambers in our brain, so-called cerebral ventricles, are also lined with a layer of highly specialized cells covered with bundles of cilia on their surface. Although each one is just a few thousandths of a millimeter in size, hundreds of them beating in unison can generate powerful flows.

Gregor Eichele and Regina Faubel at the Max Planck Institute (MPI) for Biophysical Chemistry, together with Eberhard Bodenschatz and Christian Westendorf at the MPI for Dynamics and Self-Organization, have now succeeded in making the complex network of these flows visible in an isolated cerebral ventricle tissue. For their experiments, the researchers in Göttingen concentrated on the third cerebral ventricle, which is embedded in the hypothalamus. “The hypothalamus is a very important control center, regulating functions like the circulatory system, body temperature, sexual behavior, food intake, and hormonal balance. To our surprise, there is a sophisticated transport system to and from the hypothalamus for distributing messenger substances via cerebral fluid,” explains Gregor Eichele, Head of the Department of Genes and Behavior at the MPI for Biophysical Chemistry.

The movement of the fluid, however, cannot be directly observed under a microscope. To visualize the movement, Regina Faubel of Eichele’s Department developed a new experimental approach using isolated cerebral ventricle tissue from the mouse. In a culture dish, the scientist injected the nerve tissue with tiny fluorescent particles that subsequently moved with the culture medium as tracer. She then recorded the path of each particle within the nerve tissue under the microscope. With the aid of a computer program specially developed by her colleague Christian Westendorf, the researchers finally combined the extensive data to create a picture that could be scientifically analyzed. 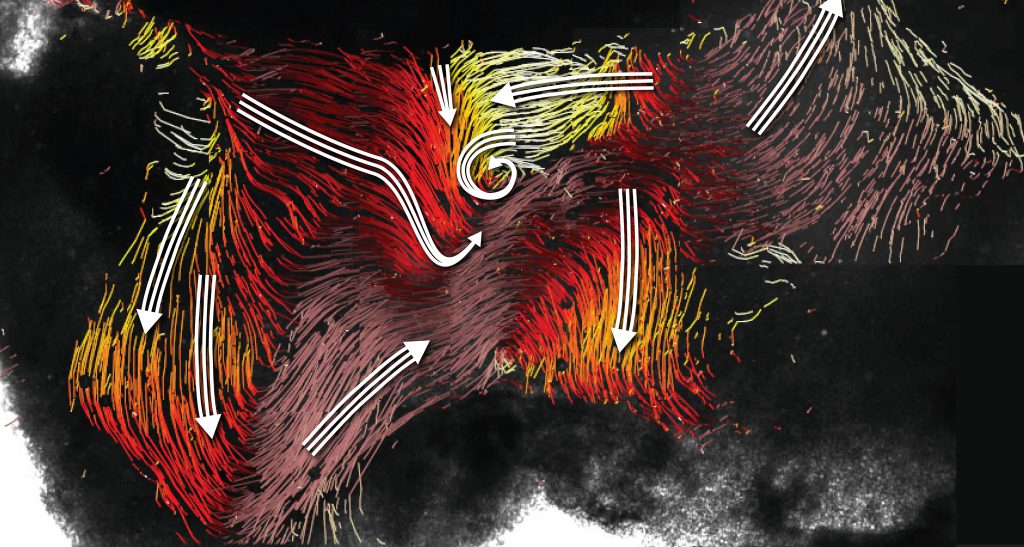 Flow map in the third ventricle of the mouse brain. Colored lines represent flows along the ventricle wall and the directions of main flows in some areas are highlighted with white arrows. The different color zones in the images show that cilia move in very different directions depending on where they are, the end result thereby resembling a “road network”. © Regina Faubel, Hartmut Sebesse / Max Planck Institute für Biophysical Chemistry

“In these images, we can see a complex network of fluid paths inside the cerebral ventricle. However, in contrast to the blood which flows through our blood vessels, these paths are not confined by walls. The exciting question for us was therefore: Is the flow pattern created solely by the synchronized beating of the cilia?” reports Regina Faubel, first author of the study that has now been published in the current issue of the renowned science journal Science. The researchers then filmed the cilia live in action, thus determining the direction of the beating as well as the resulting flows. “Our experiments have shown that the flows are actually generated solely by the movements of the cilia. These act like conveyor belts and would therefore be an ideal means of transporting messenger substances to the right place in the brain,” says Eberhard Bodenschatz, Head of the Department of Fluid Dynamics, Pattern Formation and Biocomplexity at the MPI for Dynamics and Self-Organization. “These flows could also help to restrict substances locally, in that the fluid paths flowing against one another could act like barriers,” adds Christian Westendorf, second author of the study.

However, in contrast to the road networks that we travel on daily by car or bicycle, these fluid paths are by no means rigid. To the researchers’ surprise, the cilia changed the direction of beating in a temporal rhythm. This came as a big surprise as according to the prevalent school of thought the direction of cilia beating cannot be changed.

“In the cerebral fluid of humans, there are hundreds – if not thousands – of physiologically active substances,” Eichele explains. “We are assuming that the network of flows we discovered plays an important role in distributing these substances. In other experiments, we would like to look at which messenger substances are transported via the flows, and where these are ultimately deposited in the tissue”. “But the understanding of the physics of fluid dynamics of cilia is also itself a research objective,” adds Bodenschatz. (cr) 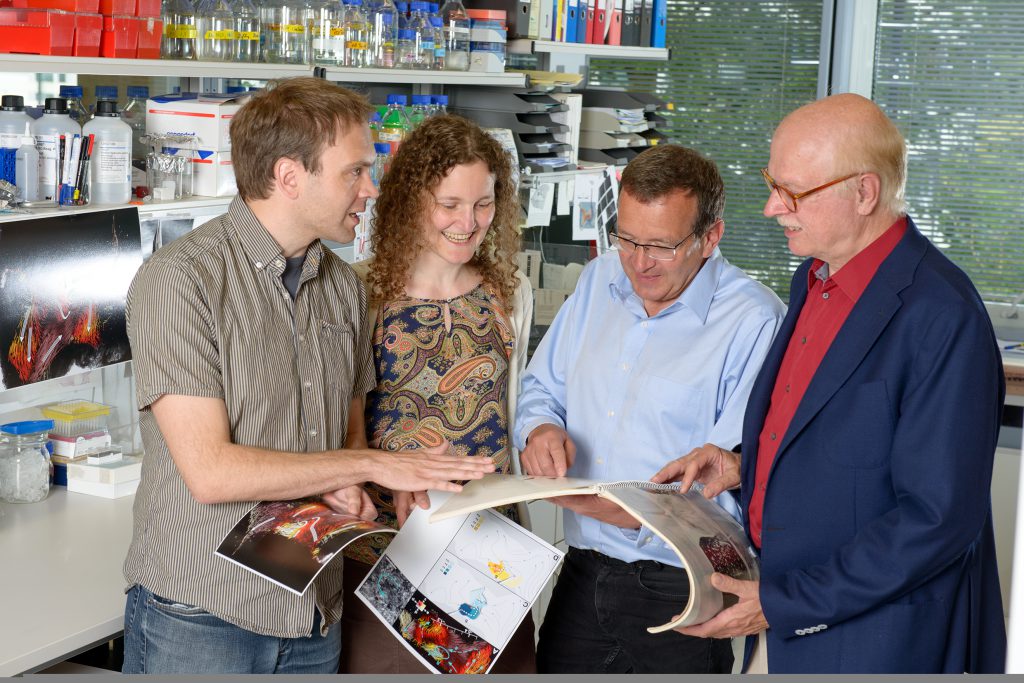