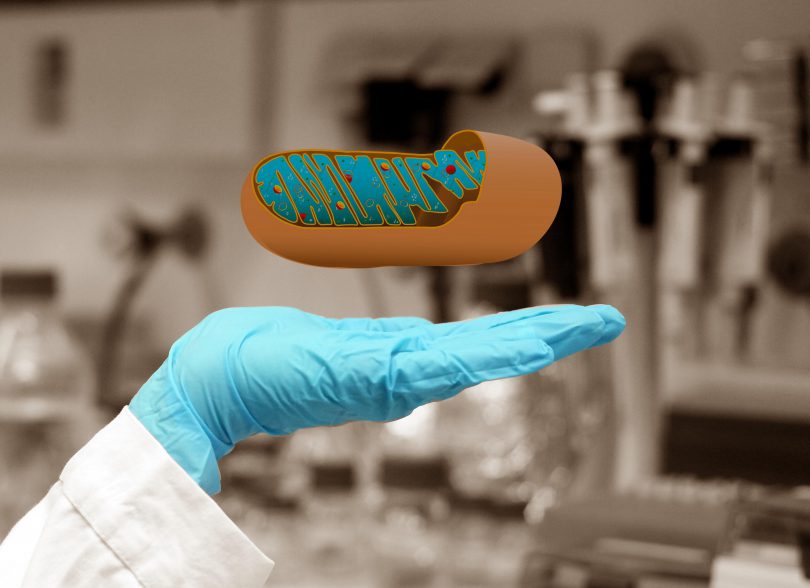 Mitochondria: The new center of attention in research towards novel therapeutic approaches. © MPI of Psychiatry / Filiou, 2015

An antioxidant that works on mitochondria is shown to alleviate anxiety

One third of patients with anxiety disorders do not respond to currently available anxiolytic treatments. In their latest study, scientists at the Max Planck Institute of Psychiatry in Munich have shown for the first time that manipulation of mitochondria exerts anxiolytic effects. This improved understanding of how mitochondrial changes affect anxiety may provide the key to novel treatments.

One out of five people will suffer from an anxiety disorder at some point during their life. Anxiety disorders are the most common psychiatric conditions and high anxiety is a frequent symptom and risk factor for many other psychiatric illnesses. New and more efficient treatment strategies are needed for these patients since a third of them remain unresponsive to treatment. Little is known about the biological mechanisms underlying anxiety disorders. As a result, current therapeutic approaches target the symptoms rather than the underlying mechanisms. In this work, a therapeutic mechanism involving mitochondria has been put forward. “Mitochondria are the so called “powerhouses” of the cell, producing most of the cell’s energy” explains senior author Michaela Filiou. Besides energy, mitochondria produce important chemicals and break down and recycle others. Mitochondria are also involved in cell death and calcium signaling at the synapses. As a result, mitochondria are central to how our cells function.

From this study, the researchers believe that mitochondria could turn out to be an exciting new target for anxiolytic treatments. “We have found earlier that highly anxious mice have molecular changes in their mitochondria. We have now shown that treating them with a compound which reverses these mitochondrial changes decreases their anxiety” states Filiou.

The compound they used is called MitoQ, which specifically targets mitochondria. MitoQ is an antioxidant and enhances mitochondrial protection of the cell. The finding that MitoQ has anxiolytic effects in a mouse model of high anxiety suggests that this might be a viable option for a mechanism driven pharmacological strategy for the treatment of anxiety disorders. This is the first time that a potential therapy targeting mitochondrial function has been successfully used in psychiatry research. Importantly, MitoQ has already been shown to be safe for administration to humans.

This work was funded by a DFG grant to Michaela Filiou entitled ‘Unravelling the role of mitochondria in anxiety disorders’.