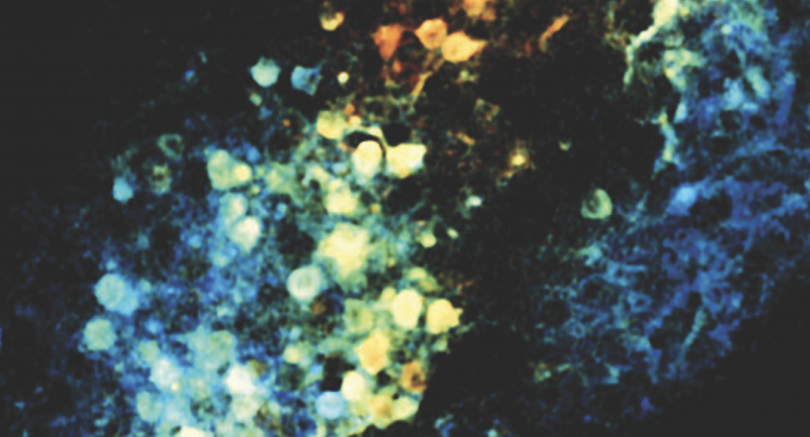 – The brain undergoes a series of dramatic changes following birth, many of which are shaped by sensory experience, such as exposure to various sights and sounds.
– Previous studies have shown that during development, individual brain cells become more selective for specific features in the environment dependent upon early experiences.
– Using multiphoton imaging, researchers are now able to move beyond characterizing the properties of individual cells to investigate how communication among neurons changes over the course of development.
– In their paper published in Nature Neuroscience in January, researchers at Max Planck Florida Institute for Neuroscience (MPFI) and Frankfurt Institute for Advanced Studies (FIAS) report substantial developmental changes in communication among cells that significantly improve the information processing capabilities of the brain.

Advancing our understanding of neural circuits

Previous work, including studies performed in the Fitzpatrick Lab at MPFI, has shown that individual brain cells refine their responses to stimuli with experience so they can better discriminate between similar features in their environments. However, the signals of individual brain cells can be noisy and imprecise – which means our brains cannot rely solely on the activity of single neurons to make accurate decisions about our world. Instead, we combine the activity of thousands to millions of neurons to ensure a more accurate message, which makes effective communication amongst large populations of neurons a central feature of the brain.

This study demonstrates that, over development, neural circuits reorganize themselves to decrease noise and improve the fidelity of communication amongst each other. The critical role these changes play in brain development highlights the importance and urgency in understanding neural circuits in more detail and suggests new avenues for investigating the underlying causes of developmental disorders such as autism.

The authors of the study said the key question moving forward is to understand what specific changes in brain circuitry give rise to the effects observed in this study. Where do these changes manifest themselves within the circuit and what molecular processes do they utilize? We know that a number of structural changes also occur during this developmental period, and we now can attempt to link those changes to the changes in circuit function.

About the research institutions

The Max Planck Florida Institute for Neuroscience (Florida, USA) specializes in the development and application of novel technologies for probing the structure, function and development of neural circuits. It is the first research institute of the Max Planck Society in the United States.

The Frankfurt Institute for Advanced Studies (Frankfurt, Germany), founded by the Goethe University Frankfurt, is focused on the theoretical analysis of complex structures in nature. In addition to brain research, the institute carries out fundamental research in life sciences, computer science, chemistry and physics.