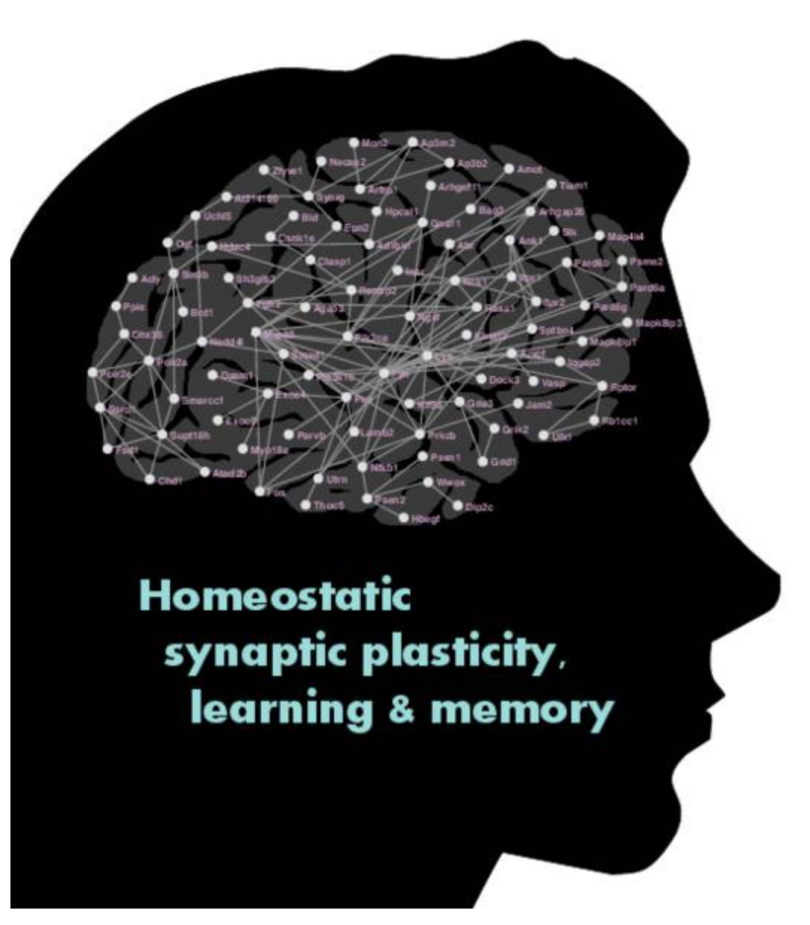 Neurons adjust their synapses by altering the synthesis of hundreds of proteins to regulate synaptic strength and network activity.

Learning and memory formation are based on our brain’s ability to adjust and regulate neuronal network activity. Neurons communicate at specialized structures known as synapses, and they are able to control the strength of their synaptic connections in response to changes in both the magnitude and frequency of inputs. This process, “synaptic plasticity”, includes homeostatic scaling, a process by which neurons are able to stabilize network activity in response to large perturbations. Scientists at the Max Planck Institute for Brain Research in Frankfurt am Main now report a detailed analysis of the proteins synthesized by neurons to mediate homeostatic scaling. Using bio-orthogonal labeling strategies, they discovered changes in newly-synthesized proteins, including known proteins involved in synaptic plasticity, but also new, yet uncharacterized proteins. The extensive, publicly-available dataset generated in this study provides a valuable starting point and reference for future studies of homeostatic scaling and has been published in the latest issue of Neuron.

Changes in the synthesis of cellular proteins lie at the heart of all adaptations that cells undergo. The complete complement of proteins expressed in a cell is known as the proteome. Tracking proteome changes in neurons during synaptic plasticity represents a major challenge: how can one distinguish the newly synthesized proteins from the pre-existing proteins within a cell? This challenge was addressed by making use of bio-orthogonal, non-canonical amino acid tagging (BONCAT) – a method previously developed by Erin Schuman, Director at the Max Planck Institute for Brain Research in Frankfurt, and her colleagues Daniela Dieterich (Magdeburg) and Dave Tirrell (Caltech). In this technique, neurons incorporate artificial amino acids into new proteins, allowing subsequent visualization and purification of the newly-synthesized proteome produced upon stimulation or treatment. Together with the joint proteomics lab of the Max Planck Institute for Brain Research and Max Planck Institute of Biophysics (headed by Julian Langer), 5940 newly-synthesized proteins were detected and analyzed in primary hippocampal neurons undergoing opposing forms of homeostatic plasticity. “We observed no significant changes in the overall number of proteins being synthesized, but rather adaptations to the expression levels of hundreds of proteins”, says Christoph Schanzenbächer, lead author of the manuscript. The discovered proteins are involved in many important neuronal processes including neurite outgrowth, axon guidance, excitatory synapses, and glutamate receptor complexes. In addition, the majority of the differentially regulated proteins were directly associated with neurological diseases, including schizophrenia, epilepsy, and Parkinson’s disease – thus establishing a direct link between protein groups and disease models. “We are particularly intrigued by the proteins previously not associated with neuronal learning, as these proteins may represent new, exciting candidates for future studies”, says Julian Langer. The full dataset has been made publicly available upon publication.

This study provides new, unprecedented insights into the proteomic response of primary neurons undergoing homeostatic, synaptic plasticity. In the future, the team in Frankfurt is working on transferring the technique to other systems. “An exciting next direction is the selective labeling of specific cell types in vivo and the direct tracking visualization and analysis of the associated proteomes” says Erin Schuman.