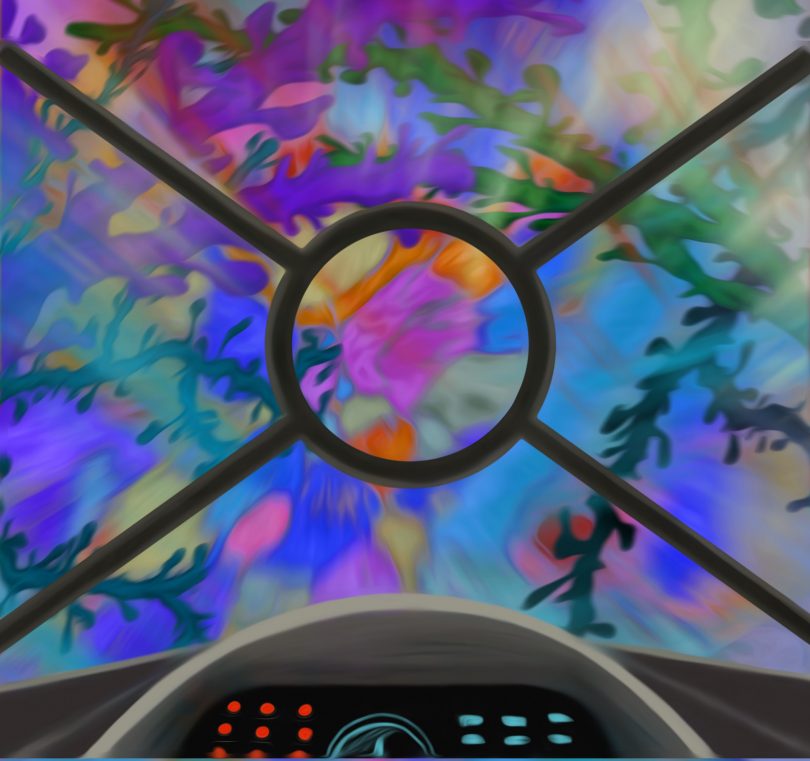 Flying through the brain thanks to a novel in-browser tool

Scientists working in “connectomics,” a research field occupied with the reconstruction of neuronal networks in the brain, are aiming at completely mapping of the millions or billions of neurons found in mammalian brains. In spite of impressive advances in electron microscopy, the key bottleneck for connectomics is the amount of human labor required for the data analysis. Researchers at the Max Planck Institute for Brain Research in Frankfurt, Germany, have now developed reconstruction software that allows researchers to fly through the brain tissue at unprecedented speed. Together with the startup company scalable minds they created webKnossos, which turns researchers into brain pilots, gaining an about 10-fold speedup for data analysis in connectomics.

Billions of nerve cells are working in parallel inside our brains in order to achieve behaviours as impressive as hypothesizing, predicting, detecting, thinking. These neurons form a highly complex network, in which each nerve cell communicates with about one thousand others. Signals are sent along ultrathin cables, called axons, which are sent from each neuron to its about one thousand “followers.”

Only thanks to recent developments in electron microscopy, researchers can aim at mapping these networks in detail. The analysis of such image data, however, is still the key bottleneck in connectomics. Most interestingly, human annotators are still outperforming even the best computer-based analysis methods today. Scientists have to combine human and machine analysis to make sense of these huge image datasets obtained from the electron microscopes.

A research team led by Moritz Helmstaedter, director at the Max Planck Institute for Brain Research, has now found a novel highly efficient method of presenting these 3-dimenional images in-browser in such an intuitiv way that humans can fly at maximum speed along the cables in the brain. Achieving unprecedented 1,500 micrometers per hour, human annotators can still detect the branch points and tortuous paths of the axons (Boergens, Berning et al. Nature Methods, 2017). “Think of racing at 100 mph through a curvy, hilly village,” compares Helmstaedter. Researchers think that this flight speed is the maximum humans can achieve in 3D electron microscopic data of brain tissue – since the visualization is centered on the brain pilot, like in a plane, the steering is highly optimized for egocentric navigation. When combined with computer-based image analysis, the human part of data analysis in connectomics is now likely maximal, about 10-times faster than before.

One key prerequisite for this success was the development of efficient data transmission and flight path prediction. The webKnossos software was developed in close collaboration with a computer science startup from Potsdam, Germany, called scalable minds. Over the five-year collaboration the unusual task of making gray-scale brain data usable in online data visualization was both challenging and rewarding, says Norman Rzepka, co-author of the study and one of the co-founders of the company.

With human data analysis at its maximum, the researchers are now back to optimizing the computer part of the analysis – such that the precious human time is used most effectively for our scientific questions. Only when machines and humans collaborate optimally, connectomics can thrive in today’s neuroscience.