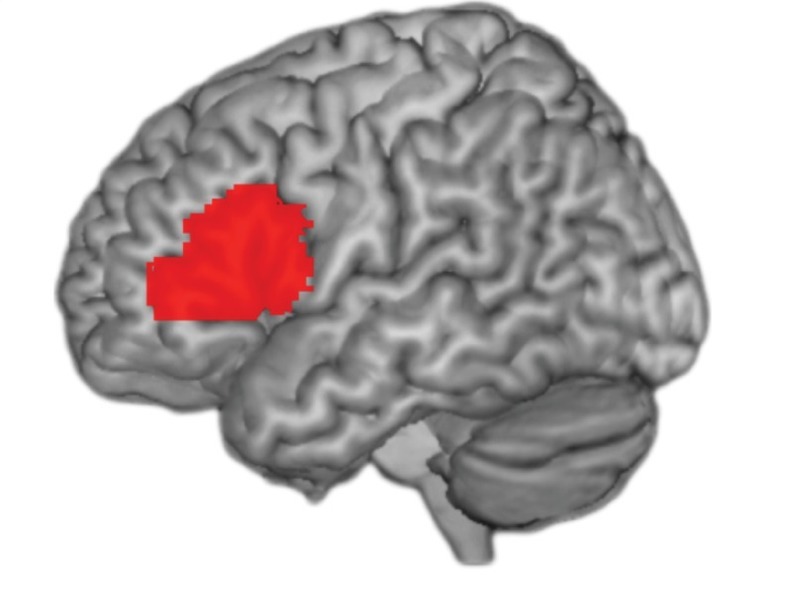 Broca's area in the brain has long been associated with language, but it also plays an important role in music processing. © MPI for Psycholinguistics

When you read a book and listen to music, the brain doesn’t keep these two tasks nicely separated. A new study shows there is an area in the brain which is busy with both at the same time: Broca’s area. This area has been long associated with language. That it is also involved in music processing may tell us more about what music and language share.

A research team led by Richard Kunert of the Max Planck Institute for Psycholinguistics in Nijmegen discovered that a brain region under the left temple, which has been associated with language since the 19th century, can do more than just process language.

Using an MRI scanner, the researchers discovered that this area, known as Broca’s Area, can process language and music at the same time. They also found that the two tasks can influence each other: when participants are given a particularly difficult combination of tones, it is harder for them to process the structure of a sentence.

The new study, published in the journal PLOS ONE, shows that looking for a ‘language area of the brain’ is fruitless because the brain uses some brain areas for language and at the same time also for other things, in this case music. The results suggest that the brain is made up of interconnected brain regions which, depending on the task, can be involved in more than one job at the same time.