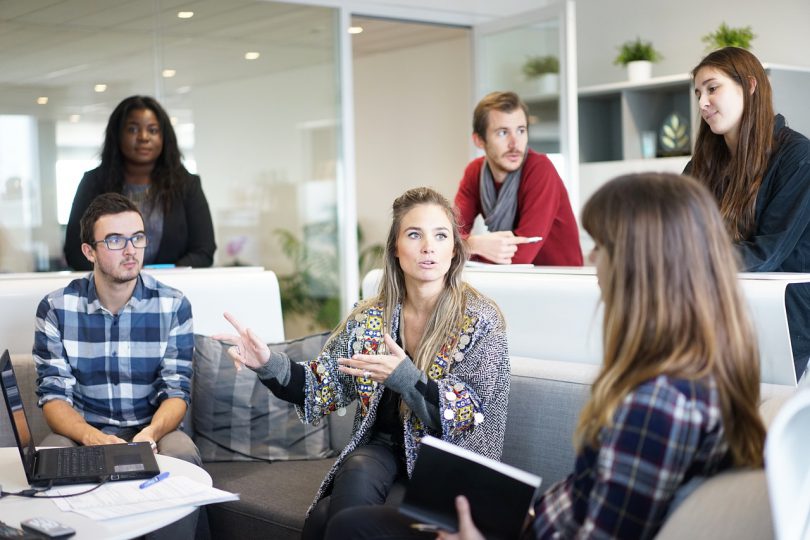 Researchers from the Leipzig-based Max Planck Institute for Human Cognitive and Brain Sciences have decoded, for the first time, the connecting pathways via which the areas of our brain communicate with one another when we perceive subtle changes in the tone of voice of a speaker. The research results of the Otto Hahn Group headed by Daniela Sammler show the connections in a complex network in the right hemisphere and prove the involvement of the motor system in the perception of tone of voice. Precise knowledge of this prosody network helps in the understanding of interpersonal communication and related disorders.

The test subjects had to decide whether the words that they heard were spoken as a question or statement. In addition, they had to pick out the initial letters of two similar words.

German and English are not the only languages to have a pithy way of describing how language is more than just words. For the French, “c’est le ton, qui fait la musique”. In other words, it is not just a case of listening to the words said by another person to understand exactly what they mean. Tone of voice often tells us more about the speaker’s intentions than the purely semantic meaning of what is said.


“Imagine a passionately, hesitantly or ironically spoken ‘yes’ in response to a proposal of marriage,” suggests Daniela Sammler. “There you have a clear example of the importance of tone of voice.” In a scientific context, this tone of voice is known as ‘prosody’ and refers to the totality of all linguistic properties, such as accent, intonation or even pauses.Using modern imaging analysis methods, scientists are now able to explore the decoding of wording that takes place particularly in the left hemisphere. The results show that human behaviour and language cannot be reduced to isolated and confined cerebral areas but that the connecting paths between frontal and temporal areas of the brain in particular are crucial in processing speech. However, such neural path models of speech do not provide any clues for determining how prosody is processed in the human brain.

Scientists in the “Neural Bases of Intonation in Speech” Research Group have therefore developed a study and invited voluntary participants to the Institute to discover the secret of the prosody network.

The male and female native English speakers worked on two different sets of tasks while their brain function was measured using functional magnetic resonance tomography (fMRT). Wearing headphones, they had to either decide whether the words that they heard were spoken as a question or statement (prosody task) or to pick out the initial letters (control task).

The results show that, particularly in the case of the prosody task, there are two groups of active brain areas in the right hemisphere. The activations in the posterior and anterior superior temporal sulcus (pSTS and aSTS) may be stages which discern the acoustic pitch that is used and abstract it into an intonation contour that is perceived as a question or a statement.

The second group is made up of active areas in the so-called inferior frontal lobe and the premotor cortex around the larynx area, which controls movements of the larynx. “The inferior frontal lobe helps to evaluate tone of voice, while the premotor cortex controls the vibration of the vocal chords and thus pitch. This is a very interesting finding, as the subjects only heard the stimuli and did not speak themselves,” explains Sammler.

The participants in the study evidently adjusted the larynx movements internally that the speaker used for this word. The brain therefore translated the words that were heard into a movement command. This supports the understanding of speech, as the listener internally reconstructs the movement programmes that a speaker has used to produce what has been heard. “Previously, it was believed that this aspect was only relevant for non-prosodic speech processing in the left hemisphere. The current data could however suggest that a similar mechanism exists in the perception of tone of voice,” explains Sammler.

The researchers also identified the fibre bundles of white matter on which the exchange of information is based in this network. To do this, the researchers calculated the anatomical connections between the activated regions of the brain from brain images of the participants. The results show clear evidence of dorsal and ventral paths in the right hemisphere: the ventral fibre bundle follows the medial longitudinal fasciculus; the dorsal fibre bundle follows the course of the arcuate fasciculus or the superior longitudinal fasciculus. This is already known as the connecting path between the language centres in the left hemisphere.

The brain therefore perceives tone of voice along several pathways. In contrast to other signalling pathways for language, they are mainly in the right half of the brain. “These paths can probably be flexibly combined and thus perform a variety of tasks. As a result, the brain can identify subtle meanings in the voice of an interlocutor,” summarizes Sammler.