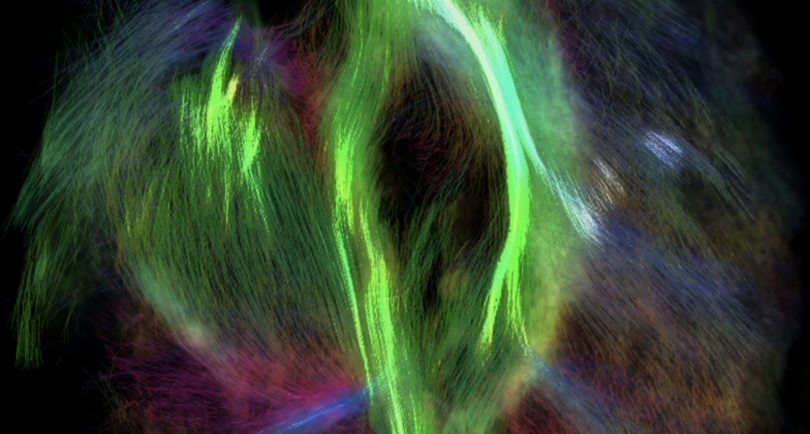 Although it plays a central role in the control of movement and expression of our mental abilities, our knowledge of the cerebellum is limited. While the cerebellum is small, it is extremely well connected with the cerebrum and its cortex and accounts for over fifty percent of the neurons in the whole brain. However, little is known about its most important relay to the cerebral cortex, the dentate nucleus. This cluster of densely packed neuron cell bodies integrates the information processed by the cerebellum and sends it to the cerebrum. Scientists at the Max Planck Institute for Human Cognitive and Brain Sciences (MPI CBS) in Leipzig have now succeeded in mapping a significant part of the pathways connecting to this central control—and have thereby heightened our understanding of the “heart of the brain”.

Approximately the size of a tennis ball, the cerebellum sits in the very back of our skulls under the two visual hemispheres of the cerebrum, made up of grey and white matter. Though the cerebellum has traditionally been known as a region that is important for motor functions, recent evidence has shown that it is also involved in more cognitive domains such as language and emotion. As such, injuries to the cerebellum could lead to significant language or emotional disorders, or could make precise movements such as lifting a glass of water to the mouth impossible. 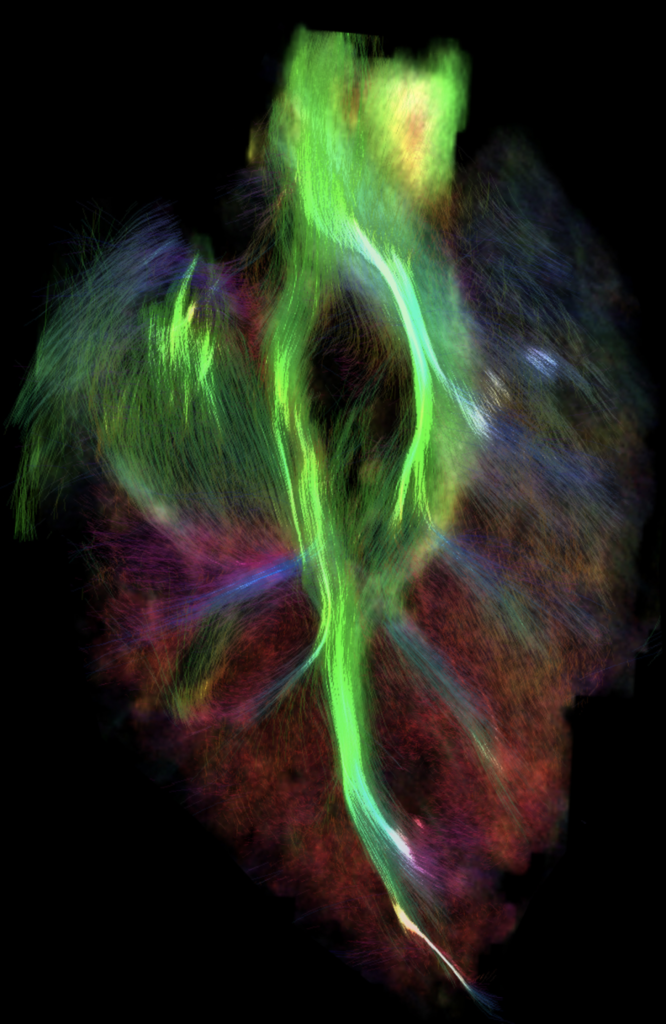 The connectivity of the cerebellum. © A. Anwander/ MPI CBS

“We have now been able to reconstruct the connections transporting data from the different regions of the cerebellar cortical grey matter to the dentate nucleus”, explains Christopher J. Steel, first author of the original publication. “This study was the first to show that the two types of functions—control of movement and expression of our mental abilities—that are largely segregated in the cerebellar cortex are also largely segregated within the dentate nucleus.”


Accordingly, these findings shed light on the importance of both motor and non-motor fibre connectivity in the information loops between the cerebellum and the cerebrum that underlie the cerebellum’s contributions to behaviour.

This knowledge is not just crucial for surgical procedures or in the case of injuries, but also for a better understanding of the brain’s evolution. It suggests that the connectivity of the cerebellum has also evolved to keep up with changes in the human cortex that have occurred over the course of evolution from non-human to human primates.

Until now, most insights into the wiring of the cerebellum have been gained by invasive and time-consuming white matter tract tracing in non-human primates. In contrast to this, Steele and colleagues used a non-invasive method in awake humans that could track this connectivity without tracers or other invasive techniques: the combination of diffusion-weighted magnetic resonance imaging (DW-MRI) and probabilistic tractography. The latter is able to reconstruct the approximate path of white matter tracts in the brain by measuring the precise diffusion movements of the water molecules.

“With these results, we also hope to deliver a template for further studies investigating the wiring of the cerebellum and the rest of the brain”, says study co-author Alfred Anwander, who translated the MRI data into 3D images and short scientific videos. By looking at these images neuroscientist Steel adds: “Given its connectivity with the cortex and its striking similarity to a 90 degree rotated cross-section of the human heart, the cerebellum may even be considered “the heart of the brain.”

Tractography of the cerebellum

Heart of the brain

Further Information:
View an interactive animation of the cerebellum here.