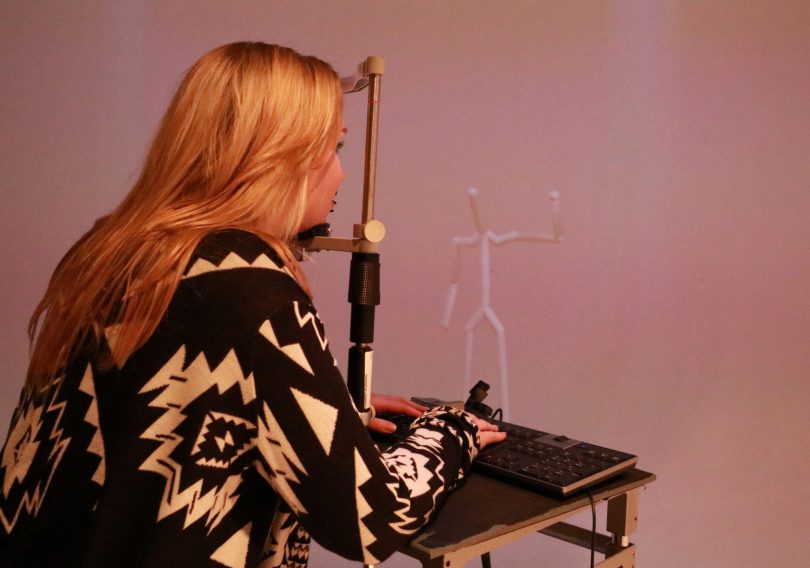 Our peripheral vision is better at recognizing people than objects

We rely on our ability to recognize what others are doing quickly and reliably. Only then can we judge whether someone is friend or foe. Many things in our surroundings, however, take place in our peripheral field of vision. What do we perceive of other persons when we see them out of the corner of our eye? Researchers at the Max Planck Institute for Biological Cybernetics in Tübingen have discovered that we are very good at judging what people are doing at the edge of our visual field.

Human visual acuity declines rapidly at the edge of the visual field, where the resolution becomes poorer. Objects in the periphery therefore appear blurred and indistinct. Does that also apply to vital information, such as potentially hostile actions by others? Scientists at the Max Planck Institute for Biological Cybernetics have shed light on what we perceive about the movements of a person whom we’re unable to look at directly. To do so, Laura Fademrecht placed subjects in a virtual environment.

During the experiment, the subjects sat in front of a three-metre-high curved panoramic screen covering a visual field of 230 degrees. Thanks to the oversized screen, the visual field was as large as in real life, and the subjects had the feeling of actually being present in the scene.

The subjects looked straight ahead while avatars in the form of life-size stick figures performed various actions at the edge of their visual field. The researchers also carried out measurements to make sure the subjects’ gaze was directed straight ahead and did not drift to the side.

Afterward, the subjects were asked if the action was positive or negative and exactly what action was performed. The stick figures’ repertoire included punching, slapping and kicking, as well as waving, shaking hands and hugging gestures.

As a control, the scientists also showed animated stick figures carrying out utterly meaningless movements. They did this by swapping the movements of the arms and legs: the avatars’ arms performed leg movements and vice versa. This resulted in similar kinetics, but carried no recognizable meaning. 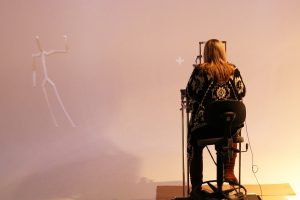 Even freeze-frame movements are easily recognized

The good recognition performance was not due to the motion information. The researchers were able to rule this out in other experiments. The subjects even recognized static images of the avatars better than other motionless objects such as simple geometric shapes.

“This study shows that we perceive human actions in the visual periphery better than was previously thought,” Laura Fademrecht concludes. She suspects that evolutionary adaptation lies at the heart of the subjects’ good performance. “Recognizing the actions of other people from the corner of our eye may be important because it enables us to determine whether an approaching individual has good or bad intentions.”