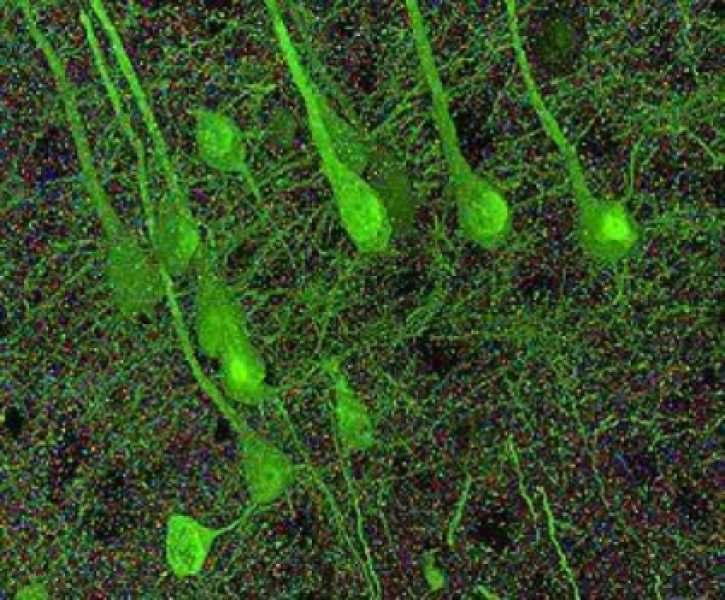 – The somatosensory cortex is responsible for conscious perception of touch, pressure, pain, temperature, and movement.
– In the brain, this type of sensory information is transmitted and processed in the superficial layer of the cortex, also called layer 2/3.
– Layer 2/3 neurons all have similar morphological and functional characteristics, but they tend to form functionally distinct microcircuits through specialized connections.
– The cellular and molecular mechanisms by which one neuron finds specific target neurons and eventually forms functional sub networks are not fully understood.
– To better understand how and why these specialized sub networks are created, researchers at the Max Planck Florida Institute for Neuroscience (MPFI) have combined electrophysiological and optical approaches to manipulate and monitor neuronal activity at single-cell resolution in intact, functional brain circuits.

Advancing our understanding of neural circuits of the cerebral cortex

All brain functions depend on proper connections within specific networks of neurons. Disturbances and abnormalities within these networks and their connections have been implicated in various mental diseases and disorders, including those related to the somatosensory system. To gain a comprehensive understanding of the somatosensory system, and neuronal communication in general, researchers must develop methods and tools allowing them to gain more information about the fundamental properties and characteristics of how these circuits change and develop over time.

In their February publication in the Proceedings of the National Academy of Science, researchers Taekeun Kim, Won Chan Oh, Ph.D., and Hyungbae Kwon, Ph.D., describe how they addressed this fundamental question using electrophysiological and optical approaches. The researchers used a 2-photon photolysis technique that can be performed in vivo, together with imaging, to manipulate and monitor neuronal activity at single-cell resolution. This approach – which has only recently been developed and employed in the field – allowed researchers to induce the formation of these specialized microcircuits with synchronous behavior in the lab. The researchers also observed that the formation of functional microcircuits was determined by the specific settings (action potentials induced by repetitive glutamate photolysis) used during stimulation. Additionally, they found the number of neurons stimulated, but not the physical distance among the neurons, was a factor in circuit formation.

According to Dr. Kwon, his research team will use these recently-developed techniques to study specific learning models. Understanding the process of activity-dependent circuit formation and regulation will have a significant impact on the basic and clinical scientific communities. Abnormal neuronal connectivity has been implicated in various neuropsychiatric diseases such as schizophrenia, epilepsy and autism spectrum disorders. Advancing the understanding about cellular mechanism of activity-dependent redistribution of local circuits could help in the development of novel strategies for circuit dysfunction.