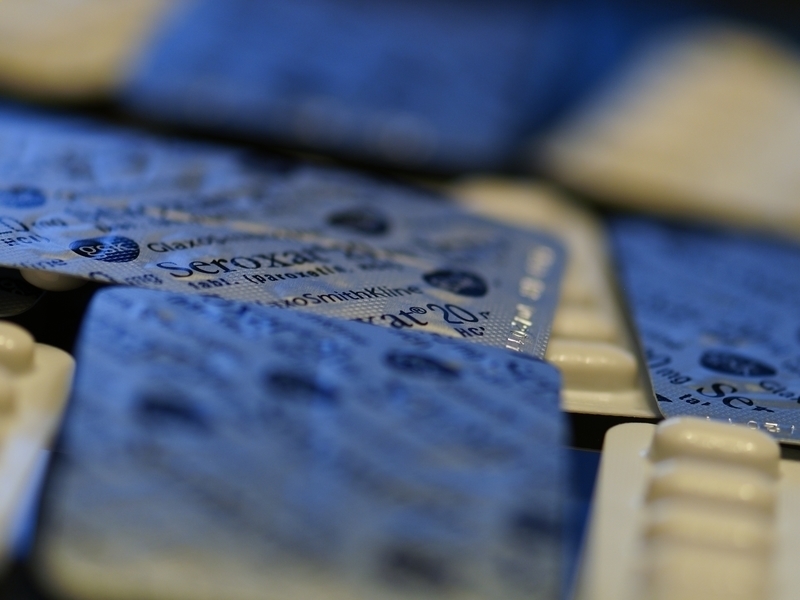 Paroxetine was found to only decreased methylation when FKBP51 was present. © MPI for Psychiatry, 2015

Scientists at the Max Planck Institute of Psychiatry in Munich have now identified a new functional link between the established depression risk factor FKBP51 and epigenetic changes. This new link improves our understanding of how antidepressants work. It is hoped that as a result in the future we will be able to match pharmaceuticals so that they address more specific biological changes and, as such, will improve the chance of successful treatment thus helping the millions of treatment resistant patients.

One in ten people will experience the stress-related disorder depression at some point in their lives. Unfortunately, only one third of patients will respond successfully to the medications that are currently available. This low response rate is in part due to our poor understanding of the mechanisms by which these antidepressants work.

Now scientists at the Max Planck Institute of Psychiatry in Munich have identified another mechanism by which these drugs might exert their effects and a link in the chain of how the environment can have an impact on our genetic material.

Stress mediates its biological effects through the steroid hormone cortisol, a so called stress hormone. Steroid hormones work by passing through the cell’s membrane and binding to intracellular receptors. This receptor-hormone complex then moves to the nucleus of the cell and binds to special areas of DNA, called hormone response elements. This binding to hormone response elements leads to gene transcription and the production of other proteins.

The protein FKBP51 belongs to the group of molecular chaperones which are able to modulate the affinity a hormone has for a receptor. The chaperone FKBP51 is a known regulator of stress-related receptors in the brain. As part of the stress response, cortisol binds to intracellular glucocorticoid receptors. However, these receptors are made inactive when they have the chaperone FKBP51 bound to them. As a result, cortisol is less likely to bind to the receptor and so the stress response mechanism is interrupted.

It is therefore unsurprising that that FKBP51 is a well established risk factor for stress-related disorders. FKBP51 has also been shown to determine how well a patient responds to antidepressant therapy and relate to the recurrence of depressive episodes. Successful antidepressant treatment is closely related to the recovery of stress hormone regulation, which in turn is modulated by FKBP51.

Another way that stress exerts its effects is through the attachment (called methylation) of chemical markings (so-called methyl groups) to our genetic material, resulting in a persistent alteration in the activity of genes. These epigenetic changes have been shown to be not only important in the etiology of stress-related disorders but also important in determining the response to treatment.

The scientists looked for evidence of a functional link between FKBP51 and DNMT1 in cells, mice and humans and found that indeed FKBP51 does mediate stress induced epigenetic change in DNMT1. FKBP51 changed phosphorylation, protein complexes and enzymatic activity of DNMT1 which in turn decreased global DNA methylation. “What was really interesting is that the antidepressant Paroxetine only decreased DNMT1 when in the presence of FKBP51” says Nils Gassen, first author of the study. The establishment of this functional link between DNMT1 and FKBP51 suggests a new role for chaperones with actions that go beyond protein production to the genome and epigenome.