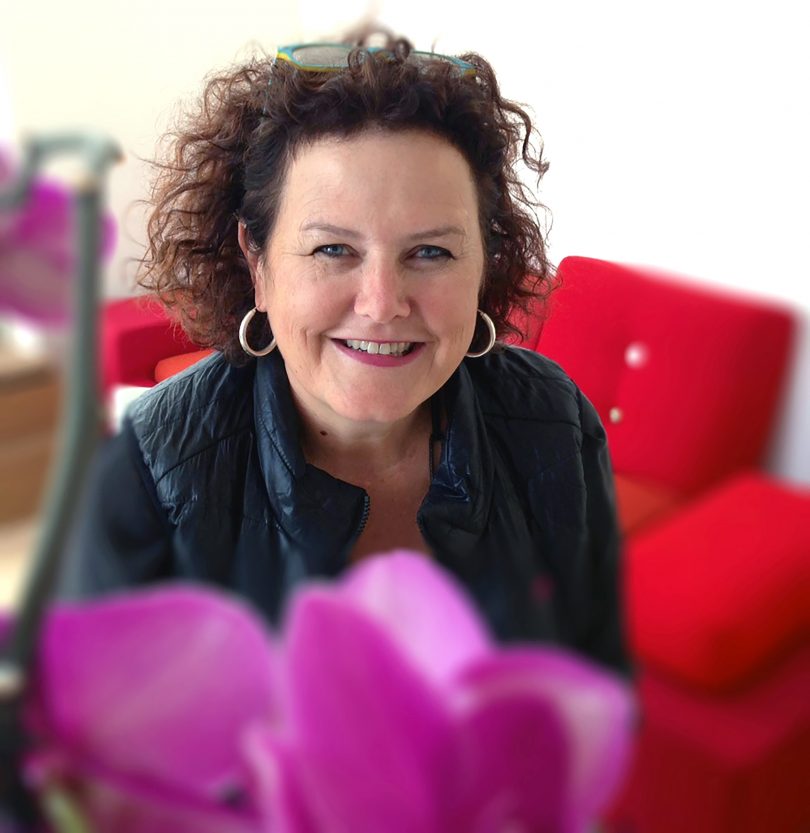 The Louis-Jeantet Foundation is recognizing Erin Schuman for her work on local protein synthesis at neuronal synapses.

The 2020 Louis-Jeantet Prizes are awarded to Erin Schuman, director of the Max Planck Institute for Brain Research in Frankfurt, Germany, and jointly to Graziella Pellegrini and Michele de Luca, from the Centre for Regenerative Medicine “Stefano Ferrari” in Modena, Italy. The prize-winners are conducting fundamental and translational research that is of considerable significance for medicine. The award ceremony will be held in Geneva (Switzerland) on Wednesday, April 22nd, 2020.

Synaptic plasticity is one of the fundamental mechanisms underlying learning and memory. Proteins drive the function of all cells, including neurons. Synapses can dynamically change their strength – altering the communication between neurons. This is accomplished by regulated the number and identity of the proteins present.  Erin Schuman and her team have provided the first evidence that proteins made locally near synapses are fundamental for synaptic communication and plasticity. Her work is central for understanding how synapses work as well as how to target neurodevelopmental disorders and rehabilitation following brain damage. Erin Schuman will use the prize award to examine how protein synthesis and degradation mechanisms are optimized to serve the needs of brain synapses.

Born in 1963, Erin Schuman obtained her Bachelor’s degree from the University of Southern California and her Ph.D. in Neuroscience from Princeton University. She carried out her postdoctoral work in Molecular and Cellular Physiology at Stanford University. In 1993 she joined the Biology faculty at the California Institute of Technology.  In 1997 she was also appointed as an investigator of the Howard Hughes Medical Institute. In 2009 she and her husband Gilles Laurent were recruited as a founding directors of the Max Planck Institute for Brain Research and moved to Frankfurt, Germany. Schuman heads the Department of Synaptic Plasticity.

In 2014 Erin Schuman was elected to the European Molecular Biology Organization (EMBO) and in 2017 she was elected to the German National Academy of Sciences Leopoldina. Throughout her career, she has been honored with awards and recognition, including the Pew Biomedical Scholar Award, the Beckman Young Investigator Award, and mostly recently the Salpeter Lifetime Achievement award from the Society for Neuroscience.

Local solutions to protein management in the brain

Brain cells (“neurons”), with their complicated branches (dendrites and axons), are the most structurally complex cells in the body. The strength of communication between brain cells is determined and regulated by proteins that inhabit their connections, called synapses.  Most “synapses” are located far away from the cell body and nucleus. Given the distance of synapses from the cell body, how do they get the proteins they need to function at the right place at the right time and in the correct amount? Erin Schuman has provided key evidence that many proteins are made locally near synapses and can be used to enhance synaptic communication, a cellular correlate of memory.

Erin Schuman and her team discovered that protein synthesis occurs in neuronal processes. To study protein synthesis in vivo, her lab developed techniques for monitoring newly synthesized proteins. In 1996, in the course of exploring how growth factors enhance brain communication, Schuman made the seminal discovery that local protein synthesis within dendrites is required for this form of plasticity. She obtained some of the first direct evidence that protein synthesis occurs locally in dendrites. Her team discovered thousands of messenger RNAs far from the cell body- in neuronal axons and dendrites. In addition, Schuman (together with her colleagues Dave Tirrell and Daniela Dieterich at Caltech) developed new methods to tag, purify, identify and visualize newly synthesized proteins in cells using non-canonical amino acids and click chemistry. Erin Schuman’s work illustrates how protein synthesis machines and mechanisms have been specialized to serve the special needs of neurons. Her studies aim to understand brain plasticity, a crucial aspect of the learning and memory processes, as well as for sensory, motor and psychological rehabilitation after brain damage.

Every year, the Louis-Jeantet Prizes distinguish leading-edge researchers who are active in the member states of the Council of Europe.

As one of the best-endowed awards in Europe, the Louis-Jeantet Prizes foster scientific excellence. They are not intended solely as the recognition of work that has been completed, but also to encourage the continuation of innovative research projects. When the research being recognised is close to practical applications for combating illnesses affecting humankind, one of the Louis-Jeantet Prizes converts into a Jeantet-Collen Prize for Translational Medicine, supported by generous donations from the Désiré Collen Stichting.

Founded in 1983, the Louis-Jeantet Foundation is the legacy of Louis Jeantet, a French businessman and a citizen of Geneva by adoption. The Foundation’s aim is to move medicine forward and to defend the role and identity of European biomedical research vs. international competition. Established in Geneva, the Foundation is part of an open Europe and devotes its efforts to recognizing and fostering medical progress for the common good.