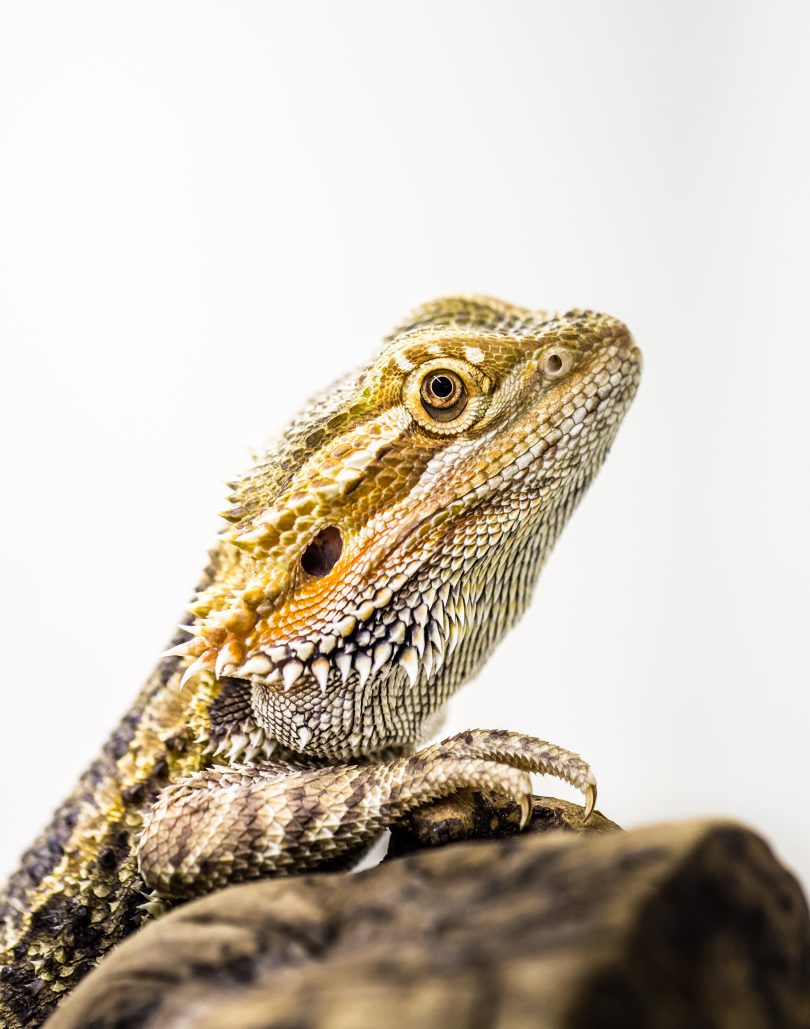 Scientists find, in reptiles, a brain area previously suspected to play a role in mammalian higher cognitive processes, and establish its role in controlling brain dynamics in sleep

The state of unified perception characteristic of a conscious state in humans appears to require widespread coordination of the forebrain and thus, the existence of a physical and anatomical substrate for this coordination. The mammalian claustrum, a thin sheet of brain tissue hidden beneath the inner layers of the neocortex, is widely interconnected with the rest of the forebrain (a fact known from classical neuroanatomy). For this reason, the claustrum has been seen as a good candidate for such widespread coordination and hypothesized to mediate functions ranging from decision making to consciousness (1). Until now, a claustrum had been identified only in the brain of mammals.

The laboratory of Professor Gilles Laurent, Director at the Max Planck Institute for Brain Research is interested in brain function, dynamics, evolution and in sleep. To study these problems, his group works on several animal model systems that now include reptiles (turtles and lizards) and cephalopods (cuttlefish). A few years ago, the Laurent lab provided evidence for the existence of rapid-eye-movement (REM) and non-REM sleep in the Australian bearded dragon Pogona vitticeps (2), suggesting that the main two brain sleep states (REM and non-REM) date back at least to the time when vertebrate animals first colonized the terrestrial landmass, over 300 million years ago.

In a paper in the upcoming issue of Nature, the researchers report having identified a homolog of the claustrum in the Pogona dragon and in a freshwater turtle, using single-cell RNA sequencing techniques and viral tracing of brain connectivity. This is the first evidence of the existence of a claustrum in non-mammalian animals. Its discovery was entirely fortuitous; indeed, the investigators’ attention was drawn to this region following functional investigations of brain activity during sleep. Postdoctoral fellows Hiroaki Norimoto and Lorenz Fenk were recording brain activity in dragons during sleep and observed that events characteristic of non-REM sleep appeared to be initiated in a small and anterior region of the brain, whose exact identity was unknown. “Our initial goal was to study information processing during sleep”, explains Norimoto. “Our approach was very explorative to begin with”, he adds.

At the same time, postdoctoral fellow Maria Antonietta Tosches (now Assistant Professor at Columbia University in New York City) was analyzing cell-molecular data taken from the dragon forebrain and noticed that a small anterior region of the brain—corresponding precisely to where electrophysiological recordings had been made— had a distinct molecular identity. By comparing this identity to published RNA-sequencing data from mice, she identified this area as equivalent to the mammalian claustrum. Fenk and graduate student Hsing-Hsi Li then used viral tracing methods to map the connectivity of this reptilian claustrum to the rest of the brain and found, as is known in mammals, that it is widely interconnected with the rest of the forebrain.

“Interestingly, we found that the claustrum was also connected with areas of the mid- and hindbrain that have been implicated in the regulation of sleep in mammals. This is consistent with the idea that the claustrum may play a role in controlling brain dynamics characteristic of sleep,” says Fenk.

Indeed, the Laurent lab then showed that the claustrum underlies the generation of sharp-waves during slow-wave sleep: uni- or bilateral lesions of the claustrum suppressed sharp-wave ripple production during slow-wave sleep uni- or bilaterally, respectively, but did not affect the regular and rapidly alternating sleep rhythm characteristic of Pogona sleep. The claustrum is thus not involved in sleep-rhythm generation itself, but rather in generating a particular dynamic mode during non-REM sleep, which it then broadcasts widely in the forebrain.

“The fact that we find a claustrum homolog in reptiles suggests that the claustrum is an ancient structure, likely present already in the brain of the common vertebrate ancestor of reptiles and mammals”, says Laurent. “While our results have not answered the question as to whether the claustrum plays a role in consciousness or higher cognitive functions, they indicate that it may play an important role in the control of brain states (such as in sleep), due to ascending input from the mid- and hindbrain, to its widespread projections to the forebrain and to its role in sharp-wave generation during slow-wave sleep”, Laurent concludes.