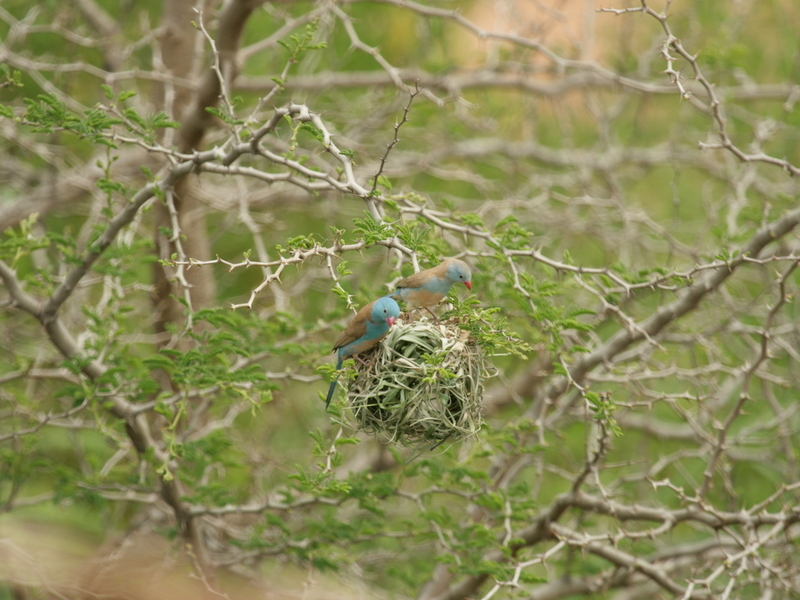 Singing developes independent from gender differences in the brain

In female songbirds, brain areas responsible for song learning are usually smaller and have fewer neurons compared to males. However, in many species such as the blue-capped cordon bleu, females possess an elaborate song. Scientists from the Max Planck Institute for Ornithology in Seewiesen now found in this species pronounced sex differences in the brain already in juvenile birds, where females had up to 50% less neurons in the song control areas. However, this had no effect on the song learning process. Only when adult, females had developed a different song with shorter and simpler strophes than males.

In all songbirds investigated to date there are sex differences in those parts of the brain that are responsible for the learning and the production of song. These brain areas are smaller in females and they possess fewer neurons. This fact is often used as an explanation why females have simpler songs than males or do not sing at all. The neuroanatomical sex differences emerge during development and have a genetic basis or are due to the action of steroid hormones. For example, female song can be induced by the male sex hormone testosterone.

Nevertheless, there are species, in particular in the tropics, where males and females sing nearly similar songs. It is assumed that the song is important for pair bonding and year-round defense of a territory and food resources. Scientists headed by Manfred Gahr from the Max Planck Institute for Ornithology in Seewiesen have for the first time investigated the development of song and the underlying neuroanatomical changes in a species with female song. Male and female blue-capped cordon bleus that originate from East Africa, start their first vocalizations around the age of 30-40 days. The scientists analyzed different song traits during development in regular intervals and found sex differences only after the birds reached adulthood and were older than 250 days. At that time females suddenly started to sing shorter and simpler songs as their male peers of the same age.

In parallel the scientists investigated the birds’ neuroanatomical properties. Most remarkably, volume and neuron number of the song control regions HVC and RA were smaller in females compared to males from the first point of investigation at day 20 and persisted throughout the entire developmental period. “These anatomical sex differences are present already in a very early developmental stage and precede the sex differences in song behaviour”, says Manfred Gahr. However, this is not the only amazing result. Despite these different anatomical prerequisites there is a parallel brain development in both sexes. Although the song control centers are up to 55% smaller and have 30-50% fewer neurons, females develop a song comparable to that of males. At least for song learning, these sex differences do not seam to have a functional role.