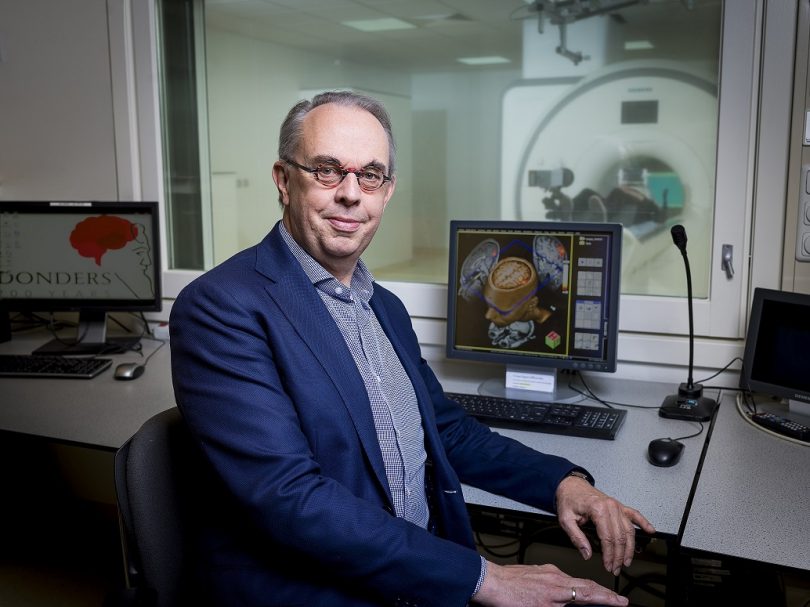 April 27 the prestigious US National Academy of Sciences (NAS) will induct Peter Hagoort in Washington DC as a foreign associate. Hagoort is a director at the Max Planck Institute for Psycholinguistics and Professor of Cognitive Neuroscience at Radboud University in Nijmegen.

Members of the National Academy of Sciences are elected by their peers in recognition of their distinguished and continuing achievement in original research. Election to membership in the academy is considered one of the highest honors that a scientist can receive.

Peter Hagoort is a director of the Max Planck Institute for Psycholinguistics (MPI) and managing director of the Donders Centre for Cognitive Neuroimaging at the Radboud University, where he is also Professor in Cognitive Neuroscience. Hagoort studies the neurobiological foundations of human language. He observes the brain in action and investigates how it controls language production and comprehension. Hagoort was one of the first to combine psychological theory and neuroscientific models, and his ideas have had an enormous impact on the discipline.

In 2004 he was awarded by the Dutch Queen with the “Knighthood of the Dutch Lion” and received the NWO-Spinoza Prize in 2005. Peter Hagoort is a member of the Royal Dutch Academy of Science (KNAW), The Koninklijke Hollandsche Maatschappij der Wetenschappen, and of the Academia Europaea.